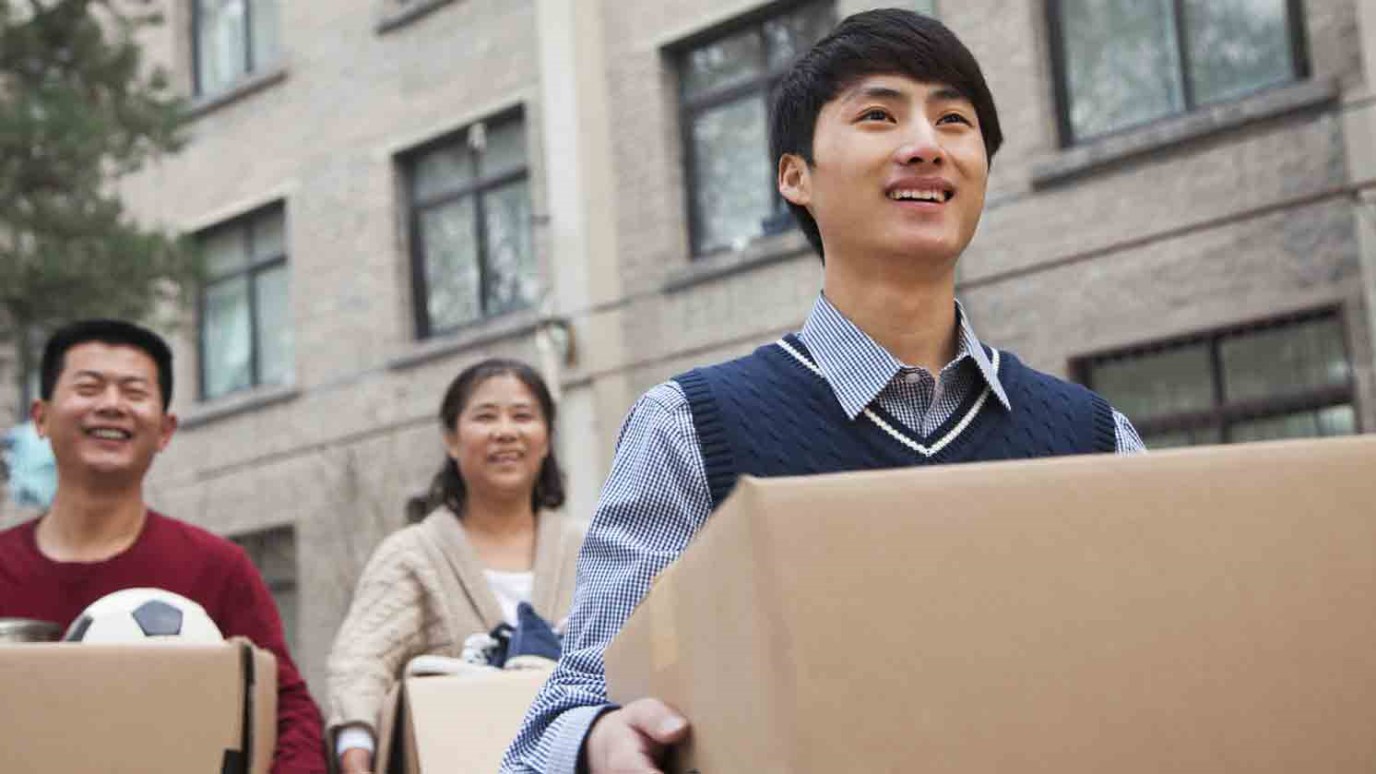 Sending your kids off to college can be an education—for YOU! Dr. Tim Elmore offers a few quick facts about college students that may help you navigate university life for your children.

My son Jonathan left for his final semester of college last Monday. He’s attending a private university near Los Angeles. It is expensive. So, we made a deal after he graduated high school. I told him he could attend this school all four years if he chose to do so, or he could obtain his general education at a community college (for 2 years), and we’d split the money I saved. He took that deal. We both won.

To be honest, sending my two children off to college has been an education . . . for me. So today, I thought I’d offer some quick facts about college students and university life that might serve as guideposts for you as you navigate university life for your students or children. These statistics might be helpful to pass along to a freshman, just entering the world away from home.

1. If the average college student gave up alcohol for a year, they’d save $900.

This is hard to believe, as most of us picture college students as broke. If they are, it might be because they spent a good deal of money on booze. I recognize that many students consider turning 21 as a rite of passage into adulthood. But it can be costly. Many parents pay a huge fee just to cover Uber rides back to the resident hall for their intoxicated kid after parties. Is this where you want to spend your money or could we parent them better?

2. Statistics verify that 75 percent of high school seniors are accepted to their first-choice colleges; but over half can’t afford to attend.

Adults have convinced high school grads that they have to go to an elite school to stand out with an employer in their career. I have good news for you. It’s not true. While well-known schools do stand out on a resume, careers are built off of the innovation and soft skills a grad currently demonstrates, not what school they attended in the past. If your child can’t afford their choice college, but still is determined to attend, investigate the college’s financial aid awards, scholarships or merit grants.

3. Almost a third of college couples are in long-distance relationships.

Most of these relationships started in high school, but they chose to attend different colleges that were geographically apart. While the long-distance relationships can work (I dated my wife 3 years long-distance before we married), most don’t work. It’s tough to cultivate a relationship long-distance. Brace yourself for a lot of effort if you try, or for the difficulty of a break up. Either way, its work. Most couples break up right before winter or spring break or summer vacation.

4. Only 0.4 percent of undergraduates attend an Ivy League school.

Too many students set their hearts on attending a school like Harvard, Princeton, or Yale. While they’re great schools (I know grads who benefited from attending these institutions), they represent a very small portion of students. In fact, only 9 percent of students attend flagship universities and other state institutions that conduct intensive research. The key is what a student does once they get on campus. Study hard. Make good grades. Lead something and get experience outside of the classroom. Students must set goals that are in their control, not out of their control.

For most people, especially students, this statistic is no surprise. However, Suzanne Shaffer reminds us “unfortunately, partying contributes to poor grades, poor health, and poor class attendance and participation. There’s nothing wrong with having fun in college; but in order to protect your investment and graduate with a modicum of education, do all things in moderation.” Students need to balance time to relax with keeping their eye on the big picture: why are they attending college?

Let’s face it. We are much better at starting than finishing. The majority of freshmen in college won’t finish in even 8 years. Sometimes it’s an issue of grit. Sometimes, it’s money. Sometimes, the student realizes they probably should have been preparing for a career in a technical school instead of a liberal arts college. Just know this—college is different than an extension of high school. Students may do well to take a “gap year” and narrow their focus before spending money on tuition. My kids did and it paid off.

7. Among common majors, education suffered the biggest drop with students.

In a decade, the number of undergraduate students earning an education degree declined measurably. In Ohio, the drop has been 7.3 percent. In North Carolina, it was 27 percent between 2010 to 2014. California lost some 22,000 teacher-prep enrollments, or 53 percent, in just four years, according to a report its credentialing body issued. In a time when improving our public education system is at an all-time high, fewer students are drawn to this profession. We need new instructors, with energy, creativity and who see where culture is going.

May these simple realities spark conversations that help our young secure a better future for themselves and their children.