Service with a Smile 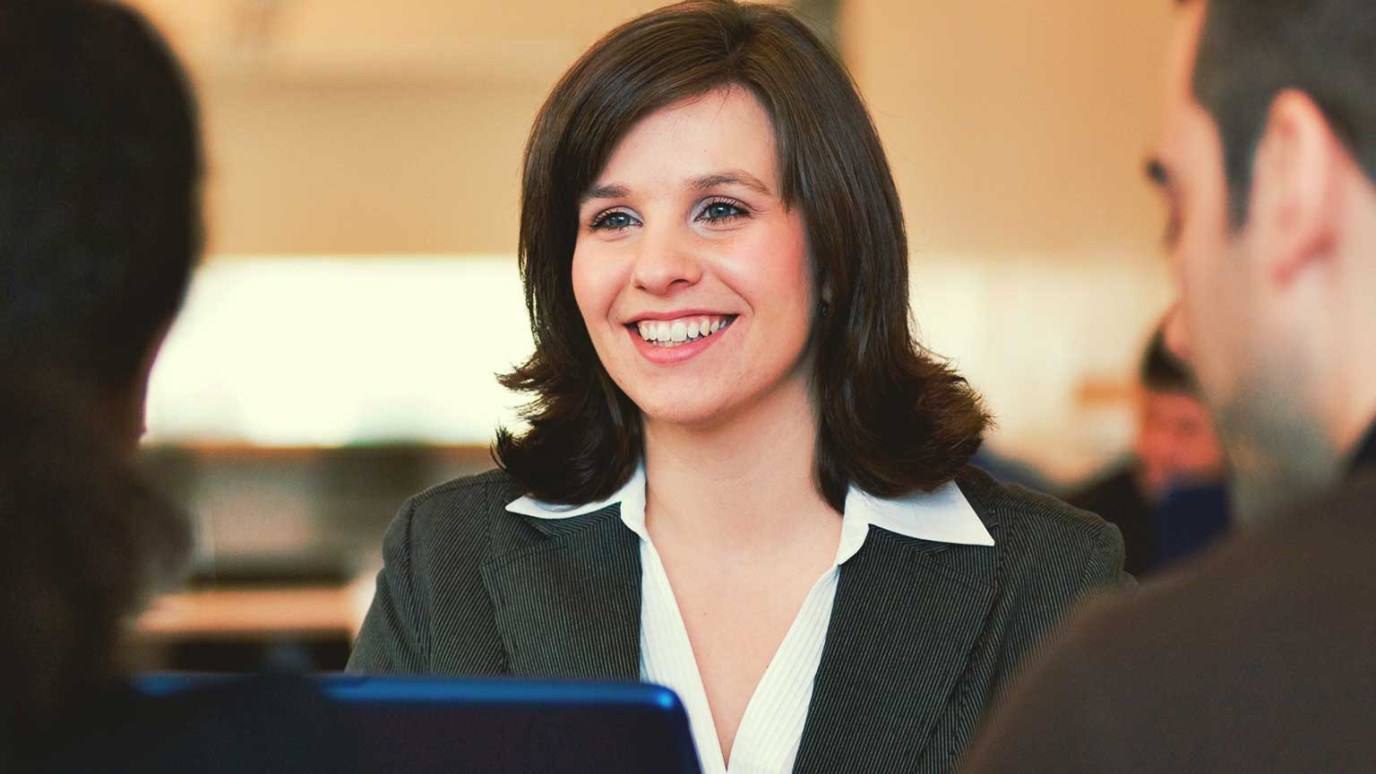 Pastor Dan Reiland shares two stories to give us a better picture of what our "customer service" should look like in our churches.

On a recent Delta flight from Atlanta to Sacramento, I met a wonderful person named Esther. She was the flight attendant aboard our 4½ hour non-stop flight. I was jazzed because my medallion status let me upgrade to 1st class. That doesn’t happen often, but when it does, I love it! Esther was clearly the leader of the crew and handled all the announcements over the PA. She didn’t do the normal memorized and boring stuff! Let me give you an example of her style. Esther told us that the plane was an older model and so the movie screens were the kind that come down from the overhead bins. She then said: “But I’m an older model too, and I can still run circles around all these younger model flight attendants!” From there she was off and running — what a delight! She announced the crew would be walking down the isles to check to see that your phone was off, seatbelt fastened, and that your shoes matched your outfit!

The plane left a little late, but no one cared. Esther was in charge. She announced, “Free movies for everyone on board cause we’re running a little late today.” Now people were starting to cheer and we hadn’t left the runway. Esther and I spoke several times and I learned that she had been flying with Delta for 37 years and loved every minute, though she admitted she was “way over airplane food.”

I could go on, but here’s the point, after that flight, I wanted to fly Delta every chance I possibly could. Esther made the difference.

Now listen to this story. On my trip this week to San Diego I rented a car. I will admit that landing at nearly midnight, (My time 3:00AM EST) didn’t help, but I love San Diego! Just to smell the ocean air when I walked out of the airport, I didn’t care what time it was. I hopped on the shuttle to pick up my rental car. So far, all is well.

There was no line at that time, just two counter agents, and two customers – a young guy in his twenties and myself. Let me call the young guy Bob. He was standing right next to me, and it was obvious that he was uncomfortable. The agent was using high-pressure sales tactics to get him to buy insurance. The agent quickly assessed that Bob was inexperienced and easy prey. He said things like: “I want you to know that you are fully responsible for all damages, liability, injuries, and trauma to others – you’re completely on your own,” while pointing his finger at him. The agent said, “You’re taking a huge risk, but it’s up to you.” Bob was scared to death and bought the insurance.

Then it was my turn. I had the other agent. Let’s call him Jack. No smile, no greeting, never even looked up. By the way, this was one of the big companies everyone knows. I’m not saying who it was because retribution is not my purpose in telling this story. I asked what kind of car I would get and he said a Nissan, Altima. I asked how many miles were on it. (This was not my first rodeo.) Jack said over 133,000 miles!!! I kindly told him I didn’t want it. He said, “Well, you HAVE to take it.” I told him I wanted another car and he said he didn’t have one. We repeated these lines several times and now neither of us was smiling. Jack said he did have a Cadillac, Mercedes, and named several other expensive cars, and announced they would cost me more. I let him know I didn’t want one of those and told him I’d take a mid-sized car. He replied, “NO. Your contract is for a full-sized car, that’s what you get.” This went on for a long time. It was obvious this was going no where so I stopped talking and started just lightly tapping my wallet on the counter and staring at him. After two to three minutes Jack broke the silence and said, “Let me try something else” and began to click away at his keyboard. Then he announced, with no smile and no eye contact, “Oh, I DO have ONE more full-sized car left. It’s a 2012 Mazda 6 with 6,000 miles on it.” I filled out the papers and left. I will never use that company again.

If that was Esther, I’d have taken the Nissan with 133,000 miles on it and been thrilled about it.

When people come to your church, who do they meet, Esther or Jack? The difference is massive, and determines whether or not people come back. And it doesn’t stop there, it determines the stories they tell others.

It’s the little things like a smile, walking with someone rather than pointing, and seeking to make their experience amazing by going the extra mile. When I travel to churches, the level of their customer service jumps out immediately. Are the parking lot attendants sharp and on top of things? Are the greeters paying attention and looking for ways to serve? Are the ushers talking with each other or taking care of the guests?

I’m not offering “7 Principles on Hospitality” or “5 Steps to Great Customer Service.” I think the stories got the job done. But I will leave you with a few
questions to get you thinking in a practical way.

Is the culture of your staff and leaders one of serving above and beyond? Is there genuine joy in serving or is it more “the right thing to do.” Is hospitality executed in a mechanical way or does it come freely, naturally and from the heart?

Do your “First Impressions” teams go the second mile or just get the job done? Are they well trained, inspired and encouraged? Do people want to be on those teams?

I hope my two stories inspire you to take a close look at customer service in your church and hopefully take it up a notch or two. It really matters.