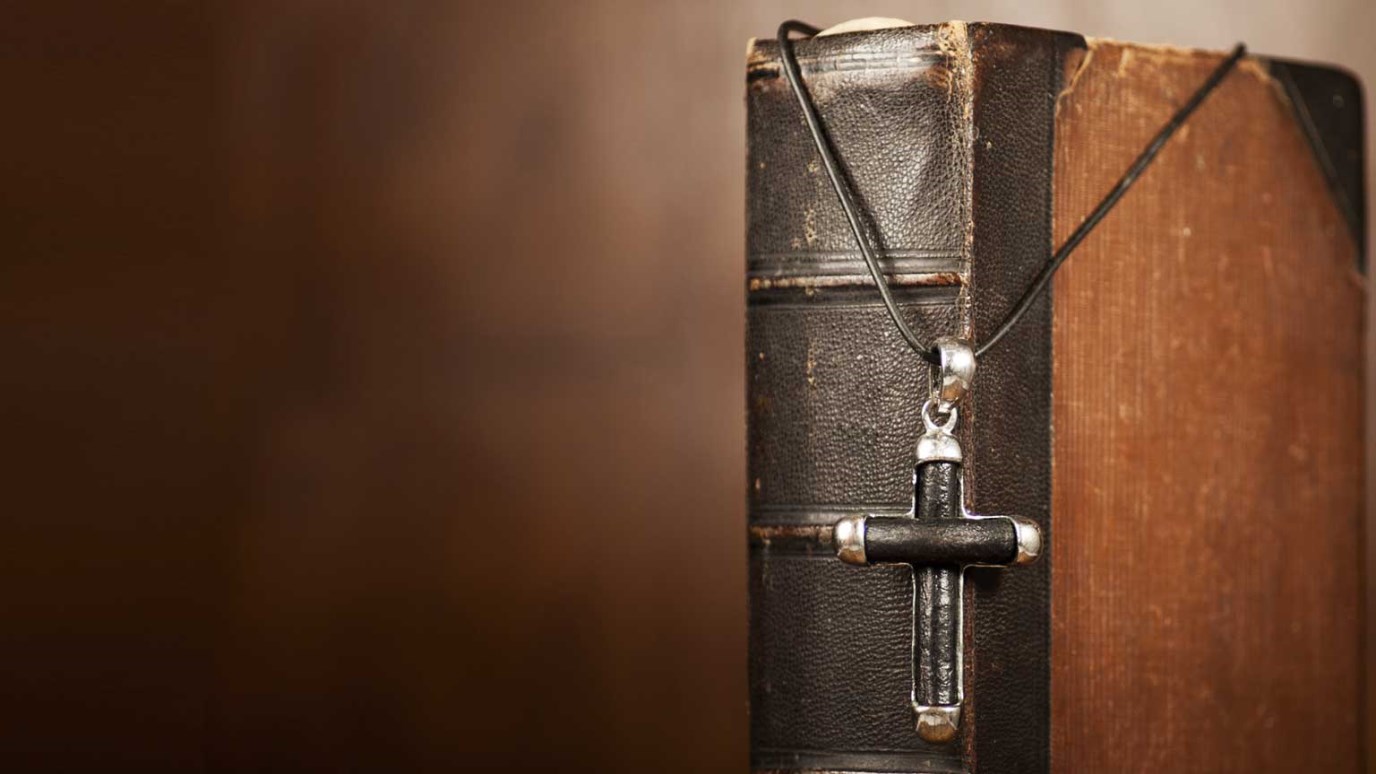 The Bible has many seeming contradictions within its pages. For example, the four Gospels give four differing accounts as to what was written on the sign that hung on the cross.

“And above His head they put up the charge against Him which read, ‘THIS IS JESUS THE KING OF THE JEWS’.” —Matthew 27:37

“Pilate also wrote an inscription and put it on the cross. It was written, ‘JESUS THE NAZARENE, THE KING OF THE JEWS’.” —John 19:19

Those who are looking for contradictions may therefore say, “See—the Bible is full of mistakes!” and choose to reject it entirely as being untrustworthy.

However, those who trust God have no problem harmonizing the Gospels. There is no contradiction if the sign simply said, “This is Jesus of Nazareth the King of the Jews.” The godly base their confidence on two truths: 1) “all Scripture is given by inspiration of God” (2 Timothy 3:16); and 2) an elementary rule of Scripture is that God has deliberately included seeming contradictions in His Word to “snare” the proud. He has “hidden” things from the “wise and prudent” and “revealed them to babes” (Luke 10:21), purposely choosing foolish things to confound the wise (1 Corinthians 1:27).

If an ungodly man refuses to humble himself and obey the gospel, and instead desires to build a case against the Bible, God gives him enough material to build his own gallows. This incredible principle is clearly illustrated in the account of the capture of Zedekiah, king of Judah. Jeremiah the prophet told Zedekiah that God would judge him. He was informed that he would be “delivered into the hand of the king of Babylon”(Jeremiah 32:4). This is confirmed in Jeremiah 39:5-7 where we are told that he was captured and brought to King Nebuchadnezzar, then they “bound him with chains, to carry him to Babylon.”

However, in Ezekiel 12:13, God Himself warned, “I will bring him to Babylon …yet he shall not see it, though he shall die there” (emphasis added). Here is material to build a case against the Bible! It is an obvious mistake. Three Bible verses say that the king would go to Babylon, and yet the Bible in another place says that he would not see Babylon. How can someone be taken somewhere and not see it? It makes no sense at all—unless Zedekiah was blinded. And that is precisely what happened. Zedekiah saw Nebuchadnezzar face to face, saw his sons killed before his eyes, then “the king of Babylon… put out Zedekiah's eyes” before taking him to Babylon (Jeremiah 39:6,7). This is the underlying principle behind the many “contradictions” of Holy Scripture (such as how many horses David had, who was the first to arrive at the tomb after the resurrection of Jesus, etc.).

God has turned the tables on proud, arrogant, self-righteous man. When he proudly stands outside of the kingdom of God, and seeks to justify his sinfulness through evidence he thinks discredits the Bible, he doesn't realize that God has simply lowered the door of life, so that only those who are prepared to exercise faith, and bow in humility may enter. It is interesting to note that the seeming contradictions in the four Gospels attest to the fact that there was no corroboration between the writers.

The Just Will Rise
Jill Carattini

If God is Good: A World Infected with Evil, Part 18
Randy Alcorn
Follow Us
Grow Daily with Unlimited Content
Uninterrupted Ad-Free Experience
Watch a Christian or Family Movie Every Month for Free
Early and Exclusive Access to Christian Resources
Feel the Heart of Worship with Weekly Worship Radio
Become a Member
No Thanks