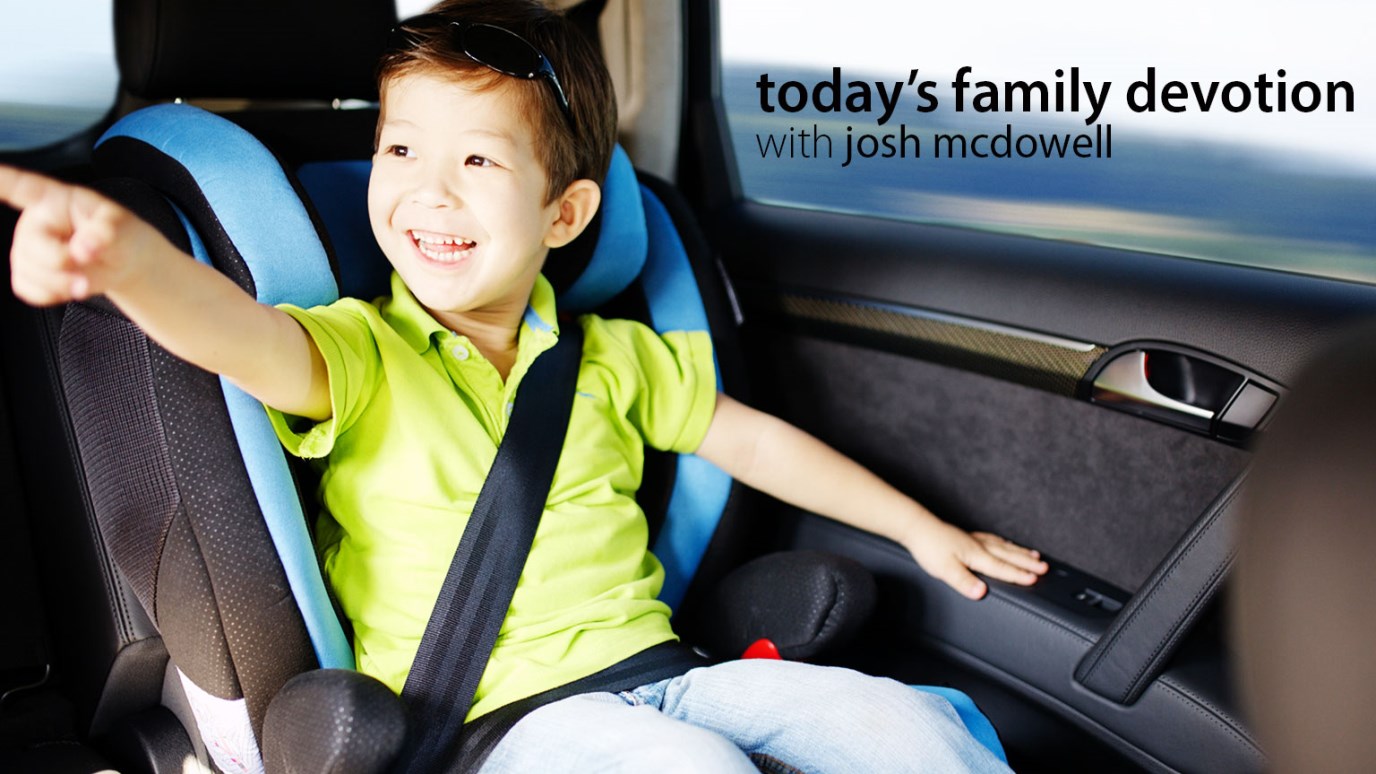 God's commands are like seat belts—they are intended for our own good.

God's commands are like seat belts. They are intended for our own good, to keep us safe.

“OK, kids!” Mom shouted from the bottom of the stairs. “It’s time to go! Everybody in the car!”

Keshawn ran downstairs with Randy, who had spent the night so they could leave bright and early for their day at Water World. They raced to the car and jumped into the back seat. Keshawn’s mom and sister, Raviana, occupied the front seats.

Mom turned around in her seat and smiled at the boys. “Ready to go?”

Keshawn snapped his seat belt into place. “Ready!” he declared.

Randy saw Keshawn fasten his seat belt but made no move to follow his example.

“All right, then,” Mom said. She glanced at Randy. “I think we’re all set as soon as you fasten your seat belt, Randy.”

“No,” Randy said, defiance in his voice. “I can do it myself.” He gripped the two belts and connected them.

As Mom turned the car out of the driveway and onto the road, Randy turned to Keshawn. “Why do you have to wear seat belts?” he asked.

Keshawn shrugged. “We’ve just always done it,” he answered. “We don’t even think about it anymore. Besides, it’s the law.”

“Maybe at first. But once you get used to it, you don’t even realize you’re wearing a seat belt.”

“I don’t see why your parents make you wear it, though.” Randy’s expression made it clear that he thought Keshawn’s parents were too strict, even mean.

Keshawn laughed. “They make us wear seat belts for our own good. They know that if we ever got into an accident, wearing a seat belt could save our lives!” He shook his head at his friend, who still seemed annoyed. “You think they do it just to be mean?”

Randy didn’t answer. He rolled his eyes, as if he knew he’d lost the argument.

Keshawn punched his friend lightly on the shoulder. “I didn’t think so!” he said, laughing.

TO PRAY: “Lord, thank you for the protection of your Word. Help us to value your rules.”