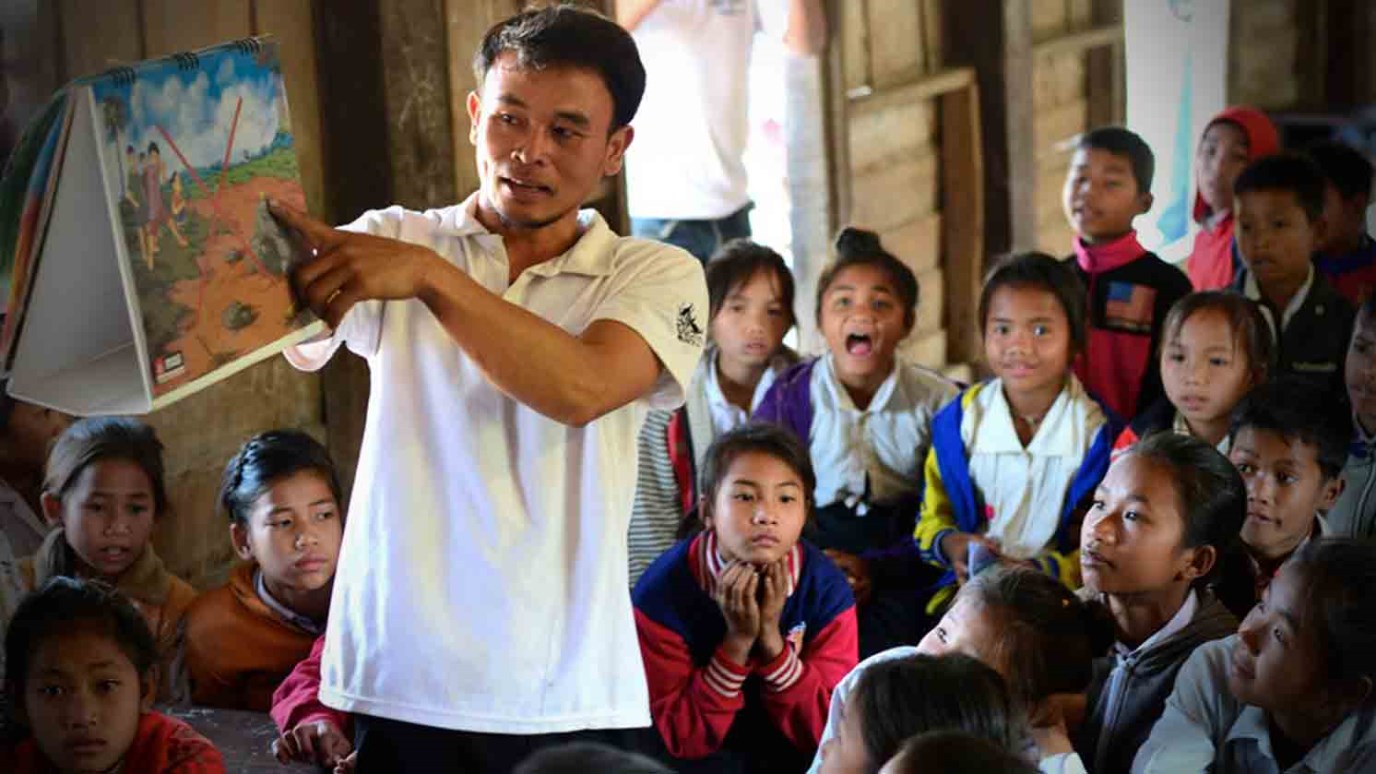 Phaytoun teaches school children in Laos about the dangers of aging bombs that are still being found in the forest near his community.

More than 2 million tons of bombs were dropped on Laos during the Vietnam War. Many of them didn’t explode but remain dangerous to this day.

Every day, ten people around the world die from explosive remnants of war.

By educating children how to identify bombs and the risks they pose, World Vision aims to reduce the number of children in its sponsorship communities who are injured by bomb explosions and to get the bombs safely removed by a bomb clearing agency.

The top five countries for U.N. mine action for 2015 were Afghanistan, Laos, Iraq, Angola, and Cambodia.

A Legacy of Change
World Vision