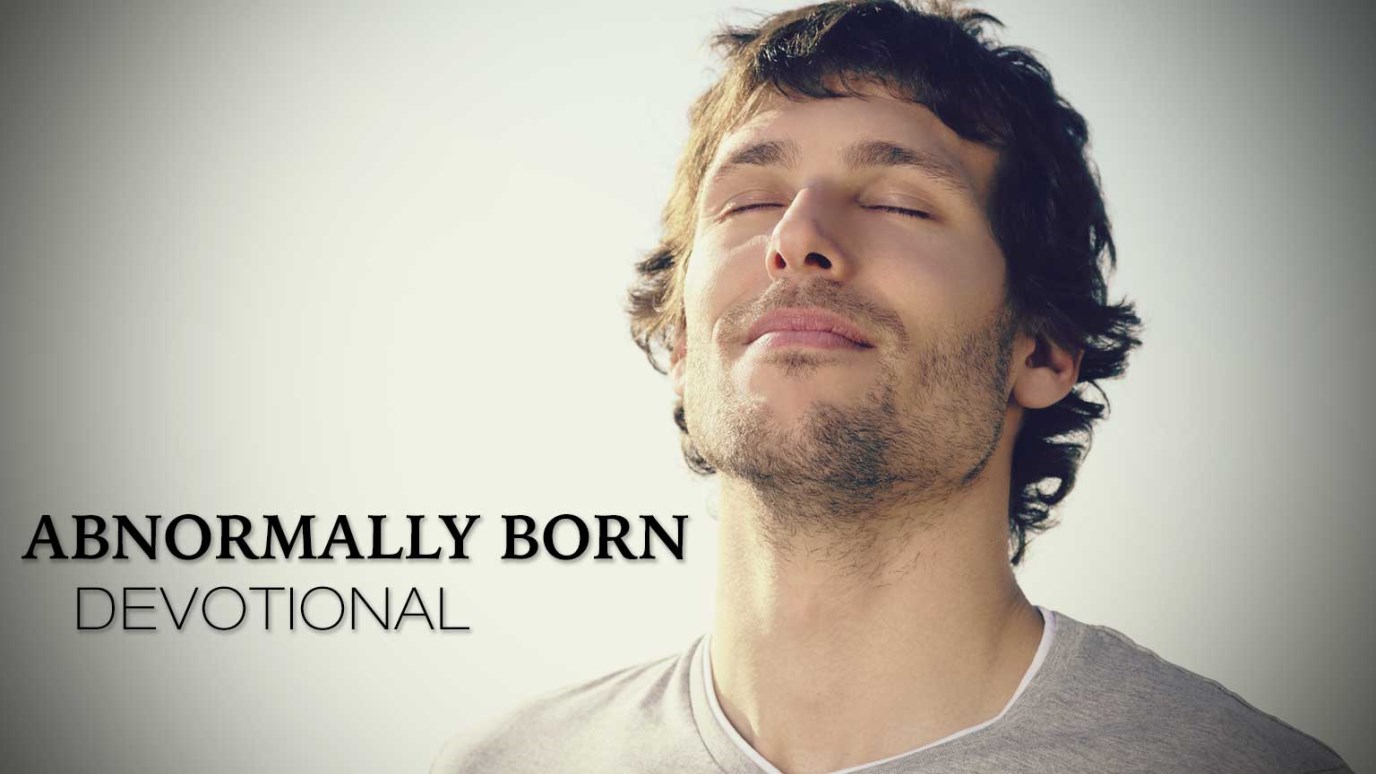 Paul's heart and life were completely redirected by the One who created him. He had changed so much that he even took a different name to show the world that he was a new creation; abnormally born.

This term, abnormally born, is unique to the New International Version of the Bible. Other translations use phrases like, “one born out of due time.” By using the term abnormally born, or one born out of due time, Paul is emphasizing his lowliness compared to the original disciples. He is saying that his position as an apostle as compared to theirs is similar to a person born out of wedlock, or out of the time when they should have been born properly.

Paul knows about abnormal situations and changes in a person’s life, and we read about his greatest change in Acts, chapter 9. First of all we are given a picture of who Paul was before his encounter with Christ:  “Meanwhile, Saul was still breathing out murderous threats against the Lord's disciples. He went to the high priest and asked him for letters to the synagogues in Damascus, so that if he found any there who belonged to the Way, whether men or women, he might take them as prisoners to Jerusalem.” (verses 1 and 2)

So Paul (then Saul), was not just a mild mannered Jew or non-Christian living his life, no, he was a radical activist against Christians. He hunted them and took them to jail or worse had them stoned. He was on his way to get approval from the high priest to allow him to arrest Christians in Damascus when he had an unusual encounter: “As he neared Damascus on his journey, suddenly a light from heaven flashed around him. He fell to the ground and heard a voice say to him, "Saul, Saul, why do you persecute me?" "Who are you, Lord?" Saul asked. (verses 3-5).

A couple of things pop out at me here.  First of all, a light from heaven flashing around you is a good indication that something different is going to happen to you. Second, when a voice from the light from heaven says your name twice, you’ve probably done something you shouldn’t have. Third, if you have to ask who the One is who says you are persecuting them, you are persecuting too many people.

But, I’m pretty sure Saul is paying attention at this point.

Jesus then gives Saul some information and direction, as He is so good at doing, “ "I am Jesus, whom you are persecuting," he replied. "Now get up and go into the city, and you will be told what you must do." (verse 5-6)

Did you ever wonder what your friends might do if you were all walking along and a light from heaven came down and surrounded you?  Well, I think we are given a pretty good idea by what Saul’s friends did in verse 7, “The men traveling with Saul stood there speechless...”

So now, we’re pretty sure Saul is paying attention, but just to make sure he doesn’t forget about this little encounter, Jesus gives him a little reminder to take with him, “Saul got up from the ground, but when he opened his eyes he could see nothing. So they led him by the hand into Damascus. For three days he was blind, and did not eat or drink anything.” (verses 8-9)

Saul follows through with the directions given to him and eventually meets up with the person Jesus wanted him to meet up with all along.  During that meeting Saul is changed forever, as encounters with Jesus tend to do, “Then Ananias went to the house and entered it. Placing his hands on Saul, he said, "Brother Saul, the Lord—Jesus, who appeared to you on the road as you were coming here—has sent me so that you may see again and be filled with the Holy Spirit." Immediately, something like scales fell from Saul's eyes, and he could see again. He got up and was baptized, and after taking some food, he regained his strength.” (verses 17-19). I’m not sure what those scaly things were that fell off of Saul’s eyes, but I love the symbolism and how we can apply this story to our own scale-covered eyes and hearts.  How God wants to remove those things that blind us and keep us from having a complete relationship with Him.

So Saul was changed to Paul.  His heart and life were completely redirected by the One who created him. He had changed so much that he even took a different name to show the world that he was a new creation; abnormally born. Why didn’t God just use somebody else who already believed in Christ to go to the Gentiles and preach to them? Why didn’t He use someone who went to Bible school and was trained and brought up by Jesus’ original disciples?  Why didn’t God find His instrument for the Gentiles in a more normal way?

Change: Strength in Weakness
Mark Jeske
Follow Us
Grow Daily with Unlimited Content
Uninterrupted Ad-Free Experience
Watch a Christian or Family Movie Every Month for Free
Early and Exclusive Access to Christian Resources
Feel the Heart of Worship with Weekly Worship Radio
Become a Member
No Thanks