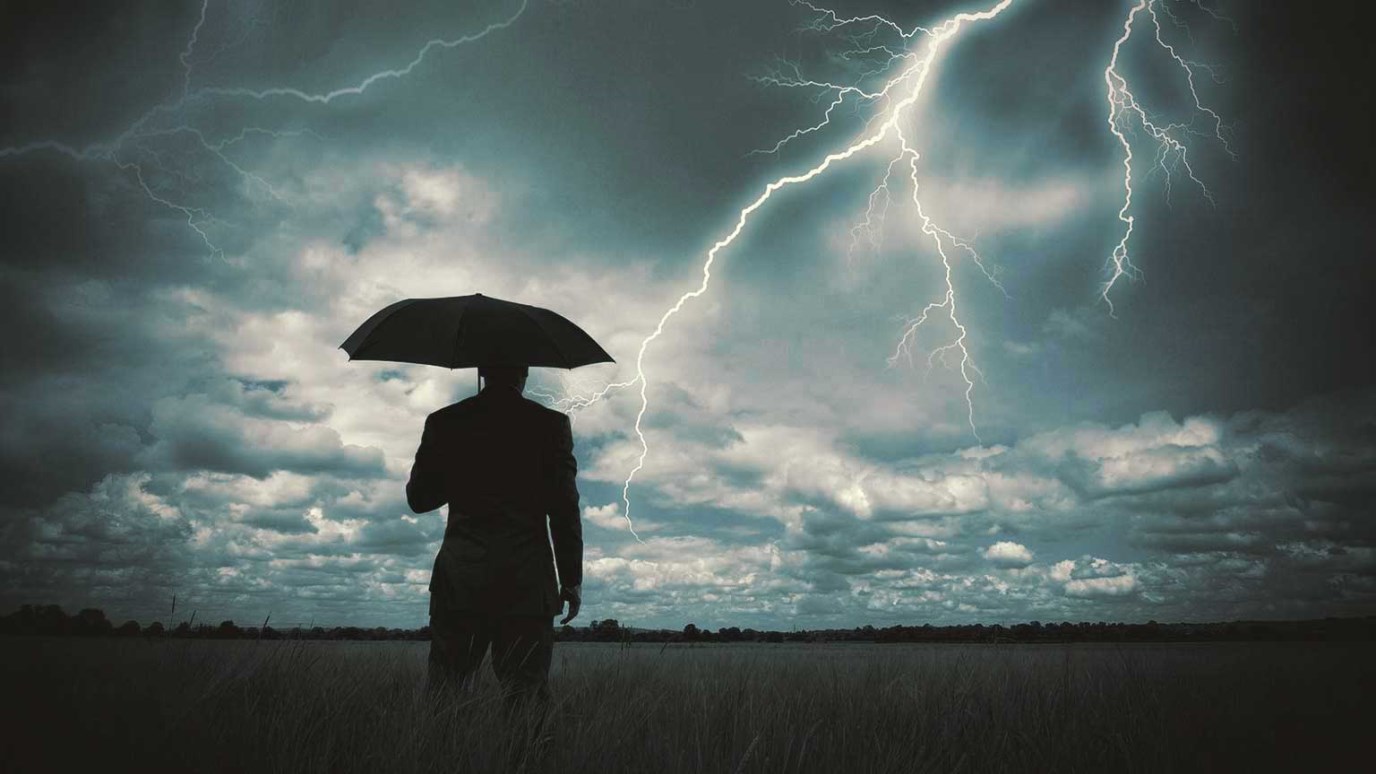 Pastor Ron Edmondson discusses the loss of power in Saul's kingship and how God wants you to be when the storms of life start thundering.

The Philistines assembled to fight Israel, with three thousand chariots, six thousand charioteers, and soldiers as numerous as the sand on the seashore. They went up and camped at Micmash, east of Beth Aven. When the men of Israel saw that their situation was critical and that their army was hard pressed, they hid in caves and thickets, among the rocks, and in pits and cisterns. Some Hebrews even crossed the Jordan to the land of Gad and Gilead. Saul remained at Gilgal, and all the troops with him were quaking with fear. (1 Samuel 13:5-7 NIV)

Saul was Israel's first king. Have you ever wondered why he lost favor with God? He was well qualified to be king. Better qualified, some in the world might say, than even King David. He was handsome, a young man with family position, and strong among his peers. Yet, Saul was removed from power and the kingdom was given to another. Not only would Saul no longer be king, but even worse from an Israelite's perspective, the kingdom of Israel did not even remain in the family lineage of Saul.

Today, we see the event which led to Saul's downfall. At this point in Israel's history, they were not strong militarily. The Philistines, or the bad guys, could muster up a powerful threat to the Israelites. When Saul's men see their predicament, they ran in fear. The troops who remained with Saul, were scared useless.

Keep in mind, this is the same Israelites that God fed with manna and quail for forty years in the wilderness. This was God's people. They had been promised victory, wherever they set their feet. God had already ordained their final days, and yet when a storm arises, they run for their lives.

Does this sound familiar? Ever feel really confident in your own abilities, and in your relationship to God, but then a storm comes along, which looks bigger than you can handle, and you are ready to hide your face until it passes over? I'd love to assure you that this mustard seed writer never loses his faith, but that would not be true. It is a daily struggle to be consistent in my faith, because storms, real storms, do come my way. Sometimes I run and hide; other times I try to handle them in my own way.

As we look at the loss of power in Saul's kingship, my prayer is that we discover the kind of person God wants us to be when the storms of life start thundering!

The 'What If' Game
Jeff Schreve

Look to the Lord
Ashley and Jane Evans

Our Habitation of Peace
Dr. Charles Stanley
Follow Us
Grow Daily with Unlimited Content
Uninterrupted Ad-Free Experience
Watch a Christian or Family Movie Every Month for Free
Early and Exclusive Access to Christian Resources
Feel the Heart of Worship with Weekly Worship Radio
Become a Member
No Thanks