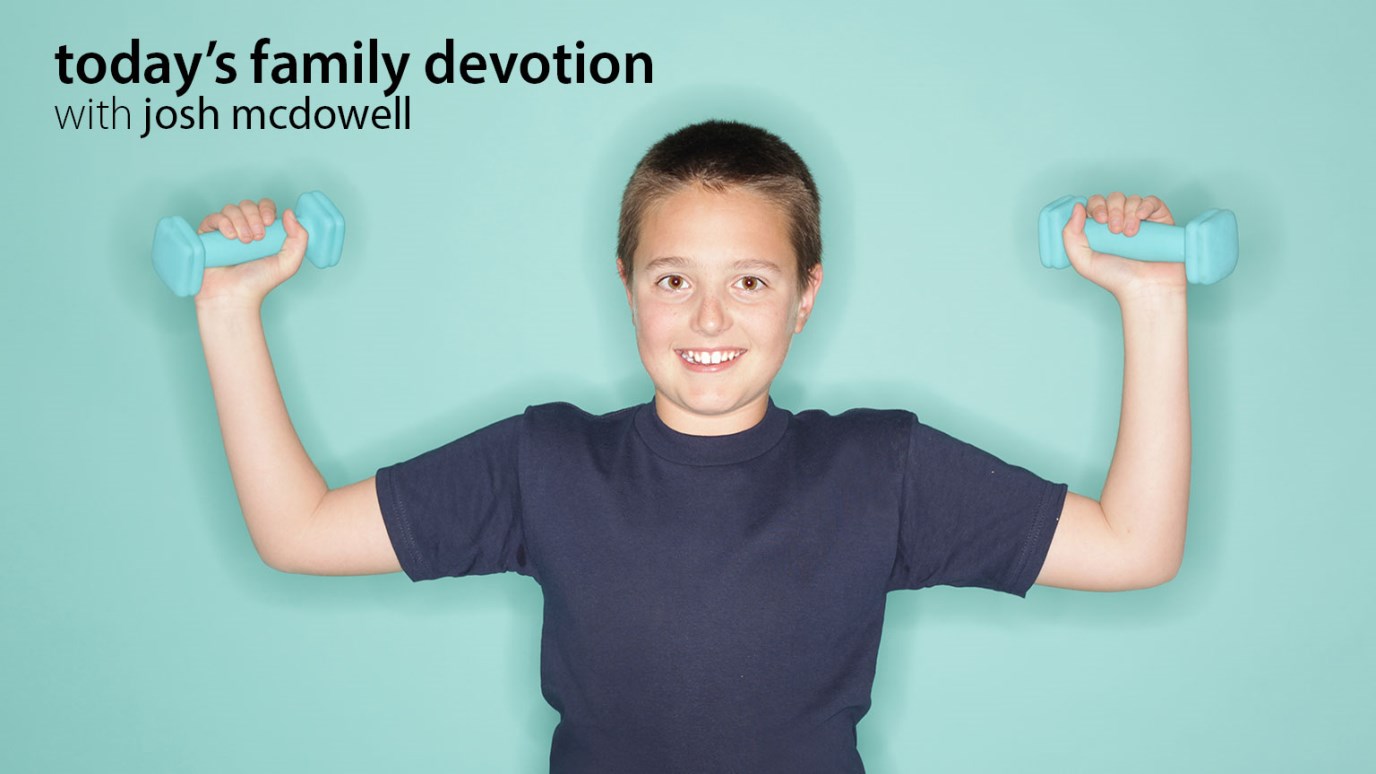 It's important to teach children that if they want to succeed, they must learn to persevere.

Verse of the Day: “Moses kept right on going because he kept his eyes on the one who is invisible” (Hebrews 11:27).

Sammy gritted his teeth and fought to hold back the tears as he sat on the bottom row of bleacher seats in the school gymnasium. He had failed-for the fifth time-to climb the rope in his physical education class. He was the only kid in his class who couldn’t climb the rope.

As the teacher dismissed the rest of the class, they all jogged by Sammy. Some made unkind comments, like Wade, who said, “Hey, Sammy, what’s it like to be a sissy?”

But it was a big deal to Sammy. He waited for his classmates to disappear into the shower room before walking over to the teacher.

“Mr. Jacobs?” he said. The teacher turned to face him. “Can I. . . can you … is there any way I can get extra practice climbing the rope?”

Mr. Jacobs paused to consider Sammy’s request. “You don’t have to do that, Sammy,” he said finally. “We won’t be doing any more rope climbing since we’re not doing fitness tests anymore.”

“I know that. I just want to pass the rope test.”

The teacher looked like he was about to say no. At last he said, “I’ll tell you what, Sammy. I’ll leave the ropes up for one more week. How’s that sound?”

“Thanks, Mr. Jacobs,” Sammy said. He turned toward the shower room with a tiny smile on his face.

Every day that week Sammy went to the gym after school. He hung on the ropes until his hands were red and sweat broke out on his forehead. After three days, he could still only pull himself a few feet off the floor. His shoulders and arms were so tired, he felt like giving up. When he tried to climb on the fourth day, his arms were so tired he could barely hold the rope. He positioned his feet to hold his weight so he could rest for a moment. Then he took a deep breath and pushed his body up the rope with his legs.

Suddenly, Sammy’s eyes opened wide. He looked down at the position of his feet on the rope. He realized that he had been trying to pull himself up the rope with his arms instead of pushing his body’s weight with his legs! He climbed all the way to the knot at the top of the rope, then descended. He had done it! He had climbed the rope. He pumped his right arm in the air. “Yes!” he cried. “Yyyyes!”

TO DISCUSS: Do you know how many times Moses had to visit Pharaoh before the Egyptian king let the Israelites go? (Ten; see Exodus 7-12.) Do you think Moses might have felt like giving up? What did both Moses and Sammy do that helped them succeed? Do you think the reward was worth the effort to Moses? To Sammy? Accord­ing to Hebrews 11:27, how can you keep “right on going” when it’s hard?

TO PRAY: “Lord God, help us learn that we need to persevere if we want to succeed.”

The Balance Between Empowerment and Performance
Dr. Tim Elmore

Top 10 Things Children Really Want Their Parents to Do with Them, Part 2
Dr. Michael Smalley