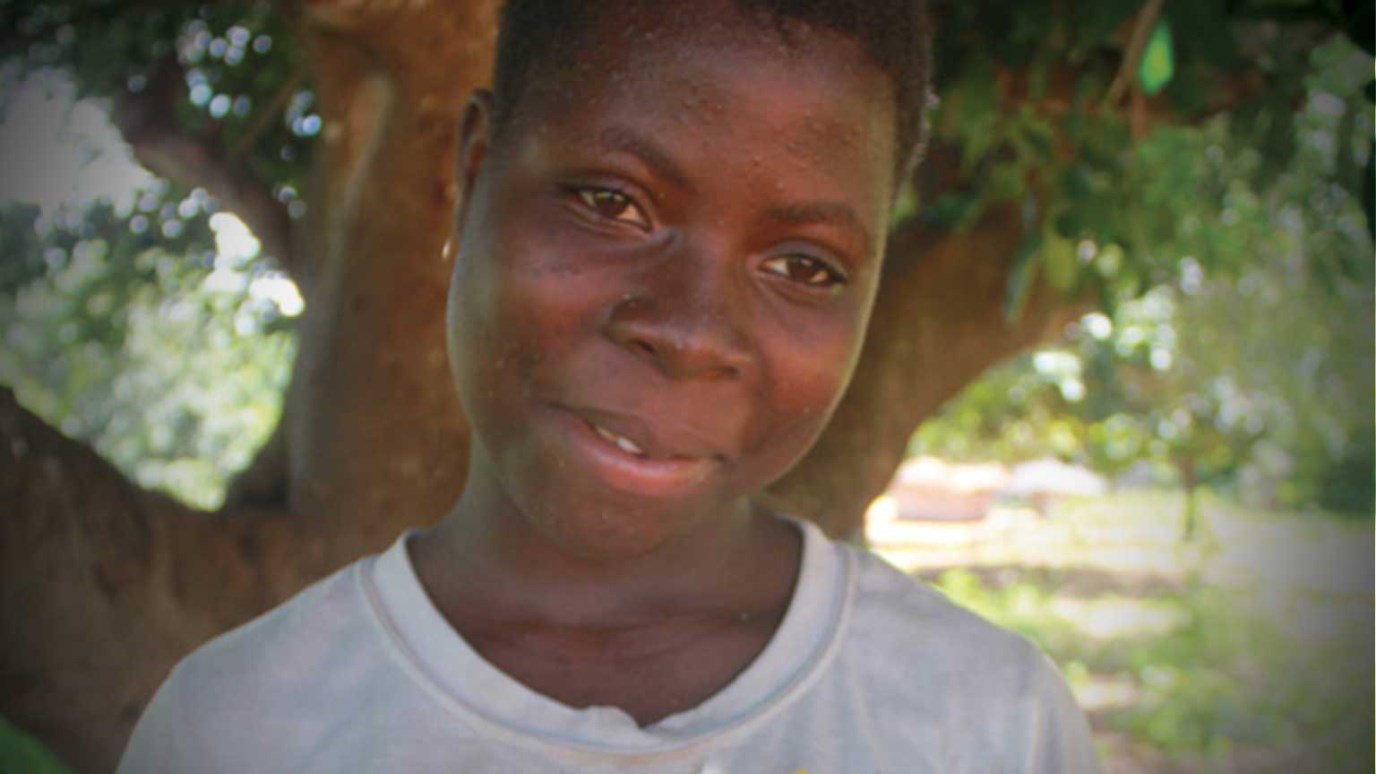 Salmina, 16, escaped an arranged, early marriage in Mozambique and is looking forward to returning to school. Read how World Vision is helping to raise awareness around this important issue.

Salmina, 16, escaped an arranged, early marriage in Mozambique and is looking forward to returning to school.

16-year-old Salmina lives in Mozambique. Last year, at only 15, she felt that her life was at stake when she was forced to marry a 58-year-old man and leave school.

Thanks to a community member who was trained in child protection issues by World Vision, she escaped from the nightmare. Now she is looking forward to going back to school and pursuing her dream – of teaching mathematics. Read how World Vision is helping to raise awareness around this important issue.

"The man came [to] our home one afternoon and found us sitting after lunch,” recalls Salmina. “He told my father that he wanted to marry me.”

Salmina woke up to a destructive truth: she would be one more child with broken dreams in Mozambique, one of 10 countries around the world with high rates of early marriage.

“I was so shocked when I heard that,” says the 16-year-old, recalling one of worst days of her life.

Her opinion was never even asked. It was her father’s choice to decide her future. She had to listen and remain quiet until the conversation was done.

“I regretted I was unable to express my feeling or decide for myself,” Salmina says.

After that meeting, she did not hear from the man for a little while. She was so hopeful the man would give up his intentions.

He returned again with a case of beer, another of soft drinks, and 1200 meticais (US$40) for the presentation ceremony, as tradition demanded in southern Mozambique.

The ceremony took place, and as happens in most cases, Salmina dropped out of school.

The news broke the heart of the local chief Hilário Vilanculos, father of three, who could not bear the situation. He reported it to the community leader, who called Salmina´s father and the man who was about to marry her for a hearing.

The two men were convinced that the Salmina was not ready for marriage yet, insisting that she return to school.

“My role is to educate my peers [about] the advantages of a child continuing their studies instead of getting married early,” Vilanculos says. “There is too much resistance of people regarding this. It was not easy for them to accept this at once, but after in-depth explanations they realized that this is important.”

Good news was about to come and fill Salmina´s heart with hope again.

“I knew then that the authorities succeeded to convince my father,” Salmina says, with a big smile shining on her face. “I was so happy and I run to share the news with my friend.”

To complete her happiness, there is one more thing she needs to do: "I want to return to school. My only and best friend, Finani, is going to school and I am not," Salmina says.

Today, looking back, her father agrees that this was the right thing to do. Despite his challenges to provide for his children, one thing is sure – his daughter is returning to school next year.

"I think it was good that she did not marry him, and will only marry when [her] education [is] concluded," Salmina's father says.

Hilário Vilanculo, whose role was crucial in helping Salmina avoid being a child wife, was also happy with the result.

“When I managed to stop this marriage, I felt good. I feel motivated because I am responsible, I am a father, and I would feel satisfied if all parents could accept that their children have the right to continue their studies,” Vilanculos explains.

“To stop a matter like this one is not easy, you need to be brave,” he continues. “Our relationship with other people is not upon the rights of children and the benefits of the community, because here the future of a child is at stake.”

World Vision has been promoting mobilization campaigns in the community, demonstrating the benefits of encouraging children to continue their studies. The partnership with influential community members among community leaders, local chiefs, and local authorities has been vital to achieving this goal.