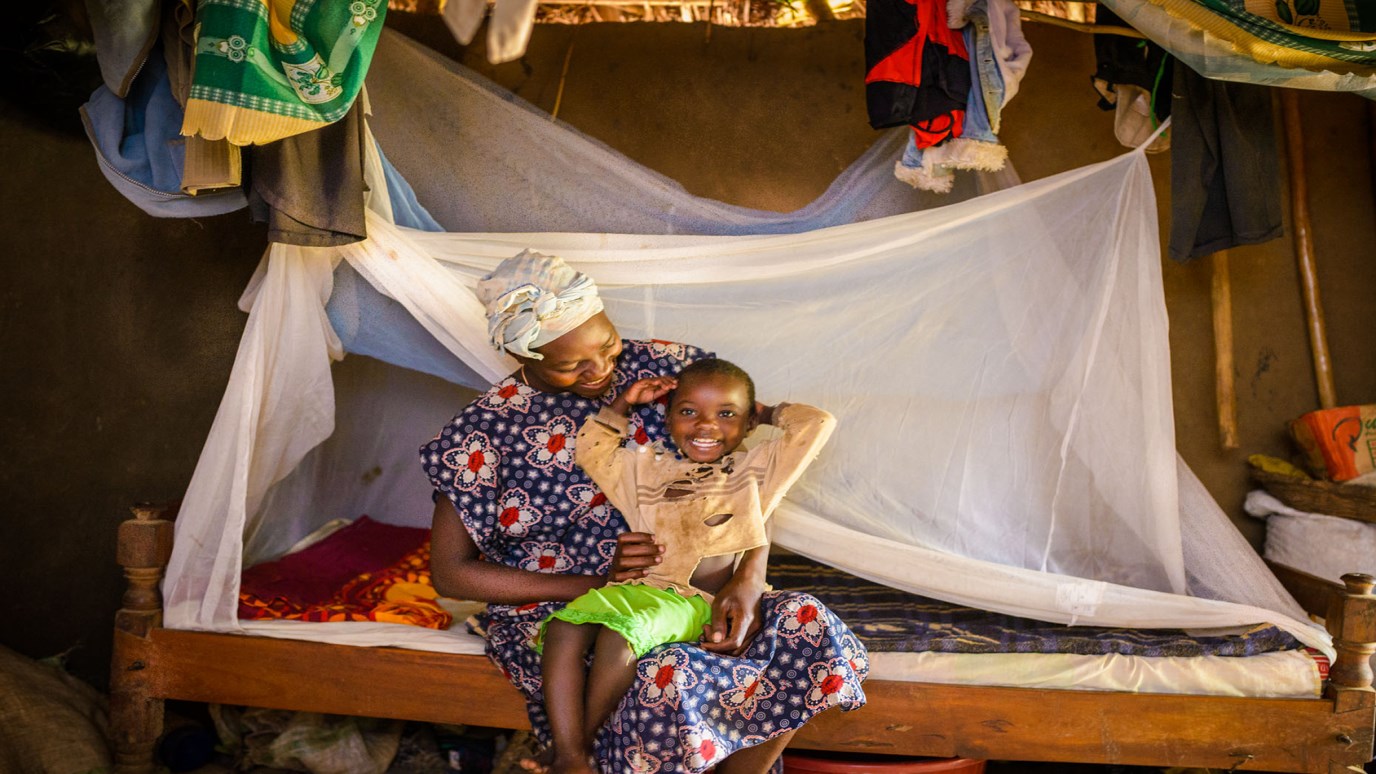 Approximately 36 percent of people in sub-Saharan Africa sleep under an insecticide treated net — but millions remain vulnerable to the potentially deadly bite of a malaria-carrying mosquito.

Betty Sande, 22, had malaria so often that health clinic nurses used to accuse her of stockpiling drugs.

Since World Vision provided mosquito nets to Betty’s family, including her 2-year-old daughter, Melvin, they no longer get malaria. World Vision also trained them to use the nets effectively to ensure protection from mosquitoes at night. Costing less than $10 each, nets are being distributed across sub-Saharan Africa.

Approximately 36 percent of people sleep under an insecticide treated net — but millions of households remain vulnerable to the potentially deadly bite of a malaria-carrying mosquito. Pray with us that many more families receive mosquito nets and learn to prevent malaria.

“Heavenly Father, we find joy in the sight of a mother and child able to play because they no longer worry about sickness from a mosquito bite. Bless aid workers with ample resources and energy to distribute nets to the millions of families that still need them.”