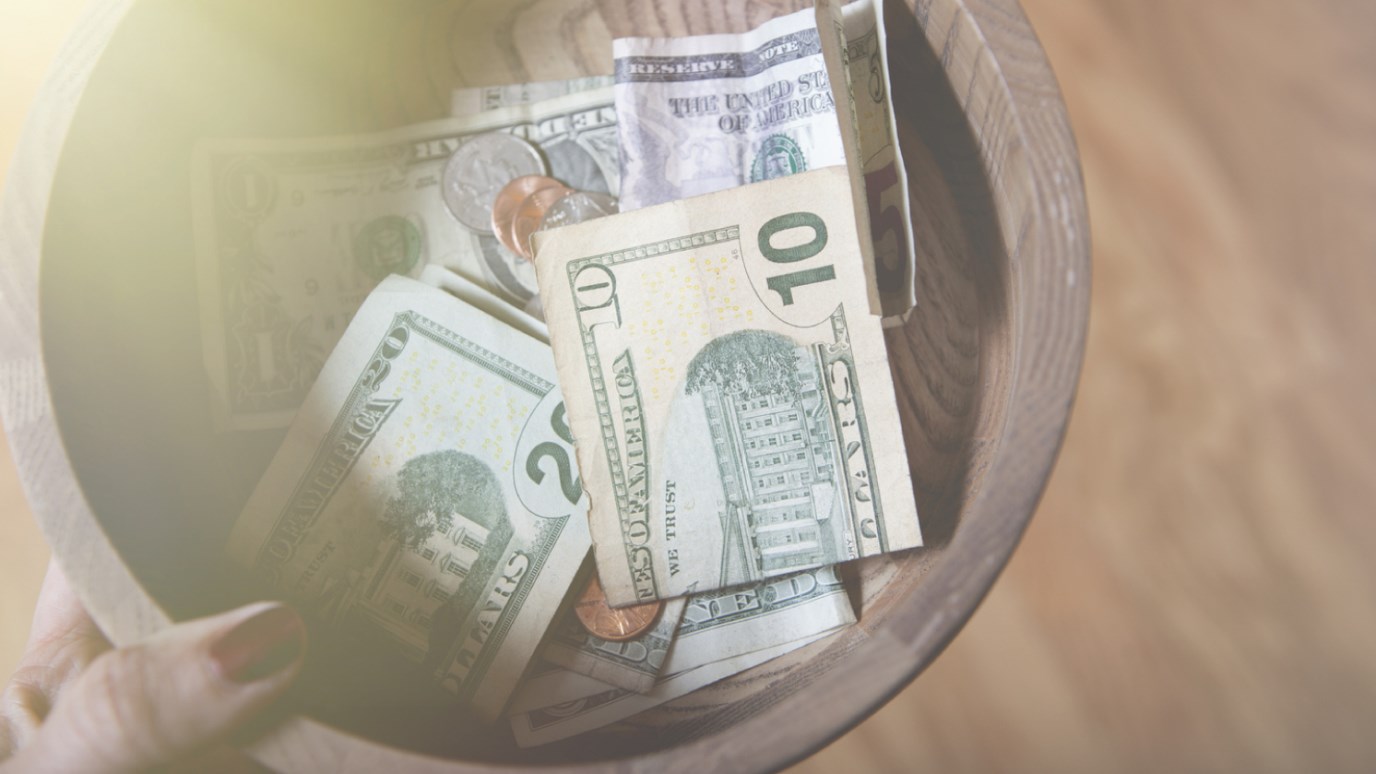 By tithing, you’re saying, “God, I recognize You first. I’m putting You first in my life, and I trust You to take care of the rest of the things in my life.”

Consecrate to Me all the firstborn, whatever opens the womb among the children of Israel, both of man and beast; it is Mine. -- Exodus 13:2

When Debbie and I got married, our combined gross income was $600 a month. That’s an annual income of $7,200, which was nearly impossible to live on even back then. During that first year, the Lord spoke to us about tithing, so we began to diligently give Him the first tenth of everything that came in. A few months after we started to give our tithe, Debbie got a job that paid $18,000 annually, and I began preaching at revivals, which brought my first year’s salary up to $32,000. Our annual income went from $7,200 to $50,000. The next year, my income went up to $72,000, and Debbie was able to quit her job and stay at home. That’s a tenfold increase from what we were bringing in during our first year. We continued to tithe and give extravagantly to the Lord and the next year, my income increased to more than $100,000. By God’s grace, we were giving more than 70 percent of it away (and having the time of our lives doing it!).

I don’t tell this story because I want you to know how much money I make; I tell it because it’s an example of what happens when you begin tithing. Most Christians have heard the word “tithe” and most probably know it means to give 10 percent of your increase to the church. However, most Christians don’t give their tithe (statistics show churchgoers in America only give 1.7 percent of their income to the kingdom of God), and I think the reason is many Christians don’t understand the purpose of tithing or have a distorted view of it. So the very first thing I’m going to do is explain what it actually means to tithe

With that in mind, think about the story in the New Testament in which John the Baptist meets Jesus on the banks of the Jordan River: John was baptizing one day and looked up to see Jesus walking toward him. At that point, John cried out, “Behold! The Lamb of God who takes away the sin of the world!” (John 1:29)

John perfectly defined the role Jesus came to fill. Jesus was God’s firstborn. He was clean—perfect and unblemished in every way. On the other hand, every one of us was born unclean. We were all born sinners with a fully active sin nature. Now, think back to the principle of the firstborn in Exodus. Remember, the law stated if the firstborn animal was clean, it was to be sacrificed. But if the firstborn was unclean, it was to be redeemed with a clean animal. Do you see the symbolic parallel? Jesus Christ was God’s firstborn Son. Essentially, Jesus was God’s tithe.

We find the principle of the firstborn all throughout God’s Word. Whether we give Him the first of our time or our finances, tithing is really about giving our first to God. It’s not about giving God what’s left over after you’ve paid your bills. It always requires faith to give the first, which is why so few Christians experience the blessings of tithing. By tithing, you’re saying, “God, I recognize You first. I’m putting You first in my life, and I trust You to take care of the rest of the things in my life.” That’s why tithing is so important. It’s the primary way we acknowledge that God is first.

God, thank You for giving Your firstborn Son for me. Thank You for Your sacrifice so I could be redeemed. I want to put You first in all areas of my life. Today, I set aside all the things that may be taking a priority over You in my life. In Jesus’ name, Amen.