Sabra’s Village on the Path to Educating Girls 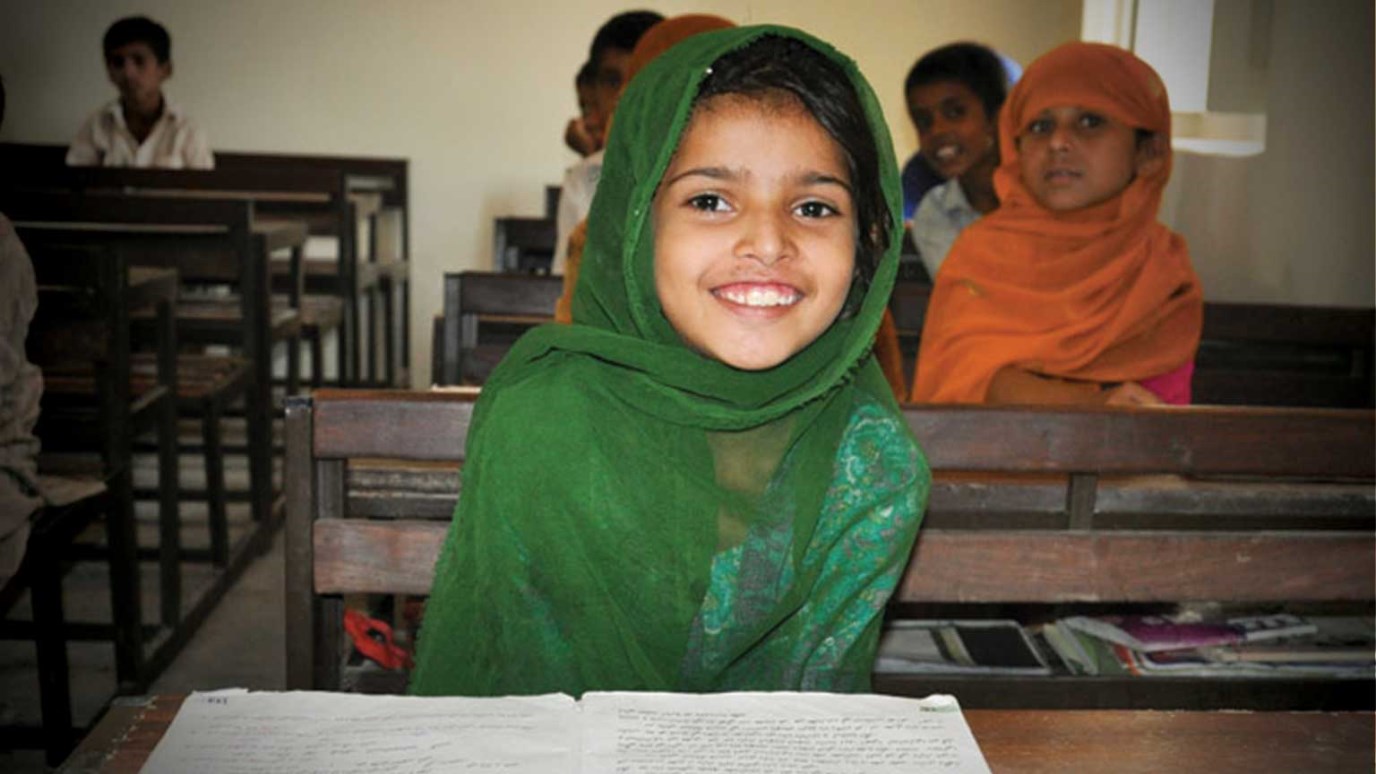 Sabra’s story echoes that of so many girls and women from rural Pakistan, who are still bound by the traditional conventions that limit their rights, such as the right to an education.

“Every morning when my brother used to get ready for school, I used to cry over my fate,” Sabra, now 14, remembers. She would ask herself, “Why am I a girl? I used to think that if I had been a boy then I would have been blessed with the most precious gift in the world – education.”

Sabra’s story echoes that of so many girls and women from rural Pakistan who are still bound by the traditional conventions that limit their rights, such as the right to an education, due to their gender.

Sabra lives in a village in the Sindh province of southern Pakistan. The village has a primary school and is located less than 10 kilometers from one of the largest universities in the province. But for a long time, societal barriers prevented girls, including Sabra, from accessing education.

Traditionally, women have had little to do with matters of the outside world. They are expected to look after the family home. With every girl expected to become a housewife, they were not typically enrolled in school.

Sabra’s village is just one example of a widespread problem in Pakistan. Nationally, only 46 percent of girls are enrolled in school compared to 69 percent of boys. The gap is even wider in rural areas with only about 35 percent of girls going to school.

An opportunity arrived through a natural disaster. When Sabra’s village was badly affected by last year’s heavy monsoon, World Vision established a Child Friendly Space, which are designed to help children gain a sense of stability after emergencies. In Pakistan, they are part of World Vision’s broader efforts to ensure that all children in Pakistan enjoy good health, are cared for and protected, and are educated for life.

When the monsoon brought havoc to Sabra’s village, it also helped open doors for girls like Sabra. Community members saw World Vision’s female social mobilizers visiting their villages regularly. The staff began to teach women and girls in the community about health and hygiene. For many girls and women, this was their first contact with formal education and it marked the beginning of changes in the community’s thinking, including addressing some of the barriers faced by women.

Soon the conversation about women’s rights expanded to education. Community members began to understand that education for girls is important. They realized that women are not born to remain in their homes and that many women work outside their homes. They also learned that even if women stay home, they still need education about daily matters of life, such as self-protection and health.

“I used to force my mother to talk to my father about my education, but she couldn’t manage to talk to him on this,” says Sabra. “I wanted to gain an education, but my age was passing and it was creating more barriers for me to convince my parents.”

Bakhtawar, Sabra’s mother, says: “I knew Sabra’s passion for education. But it was next to impossible when you [face] thinking like: ‘if girls and women go into school then who will take care of the house?’”

“But thanks to God and thanks to you, [World Vision],” Bakhtawar says. “You arrived in our village and talked about gender equality, which gave us confidence to talk to our men. All these things lead us toward the new beginning and took us on the path of enlightenment.”

World Vision hired one male and one female facilitator from Sabra’s village, who helped motivate people to send their children to the Child Friendly Space. When parents saw that their children were happy and witnessed dramatic changes in their behaviors – such as improved personal hygiene – it created a positive impact.

The village has witnessed such a remarkable change that almost every girl is going to school now. The success of this transformation became clearer when the community learned that World Vision’s project would soon end. Instead of reverting to how things were before the flood, they decided to run their own child protection center.

“We handed over the materials and resources, and after seeing the positive response and demand from the community, we know that this will benefit the children, even after the end of our project,” says Jamal Shah, of World Vision’s child protection team.

To date, some 300 children have been registered in the Child Friendly Space, and most girls, including Sabra, who are of school age have been enrolled in local government schools as well.

“I want to become a doctor, and it’s my dream to serve my community,” says Sabra.

Her mother couldn’t be prouder. “I don’t know how far Sabra will go to pursue her dream,” Bakhtawar says, “but I am happy that a ray of brightness has been lit, which has put an end to a darkness we’ve been facing for centuries.”