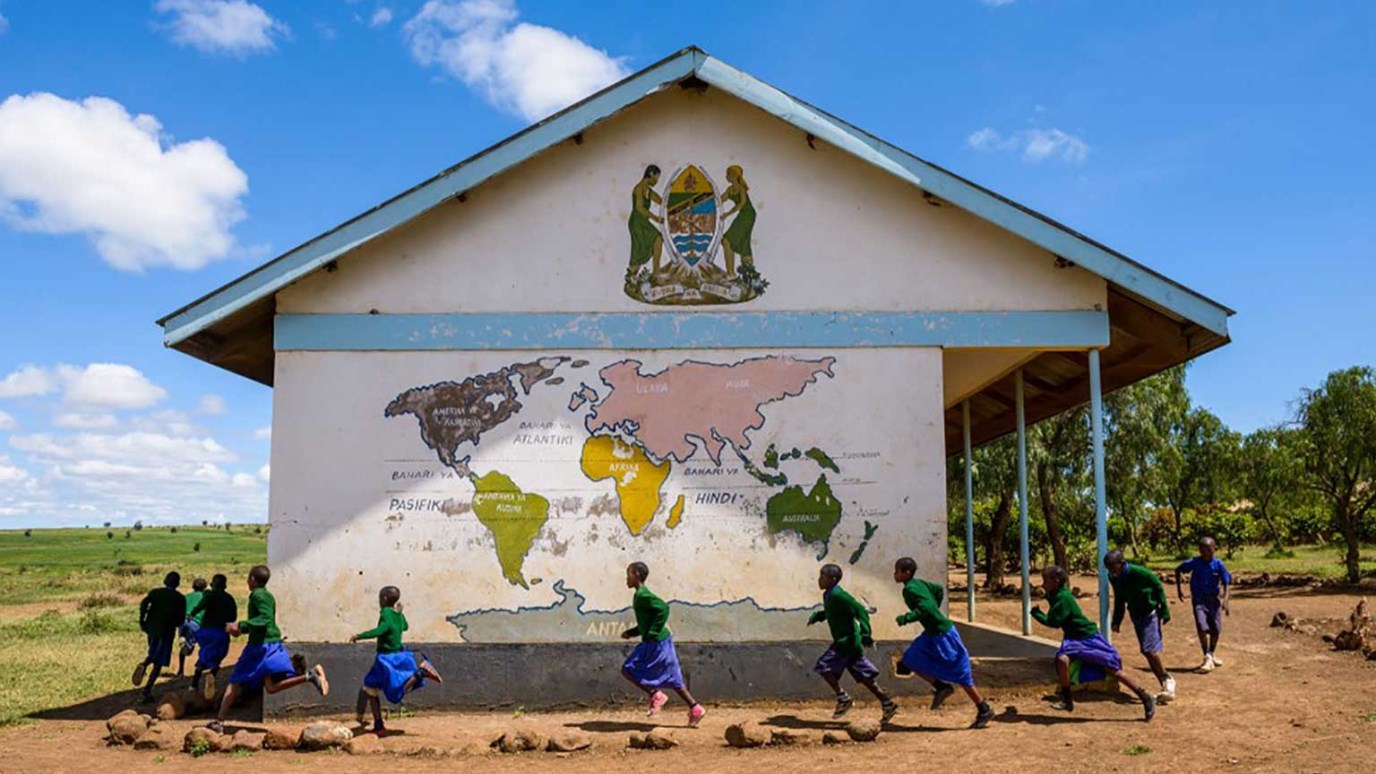 World Vision photographer, Jon Warren captures a promising image of the future for girls in Tanzania.