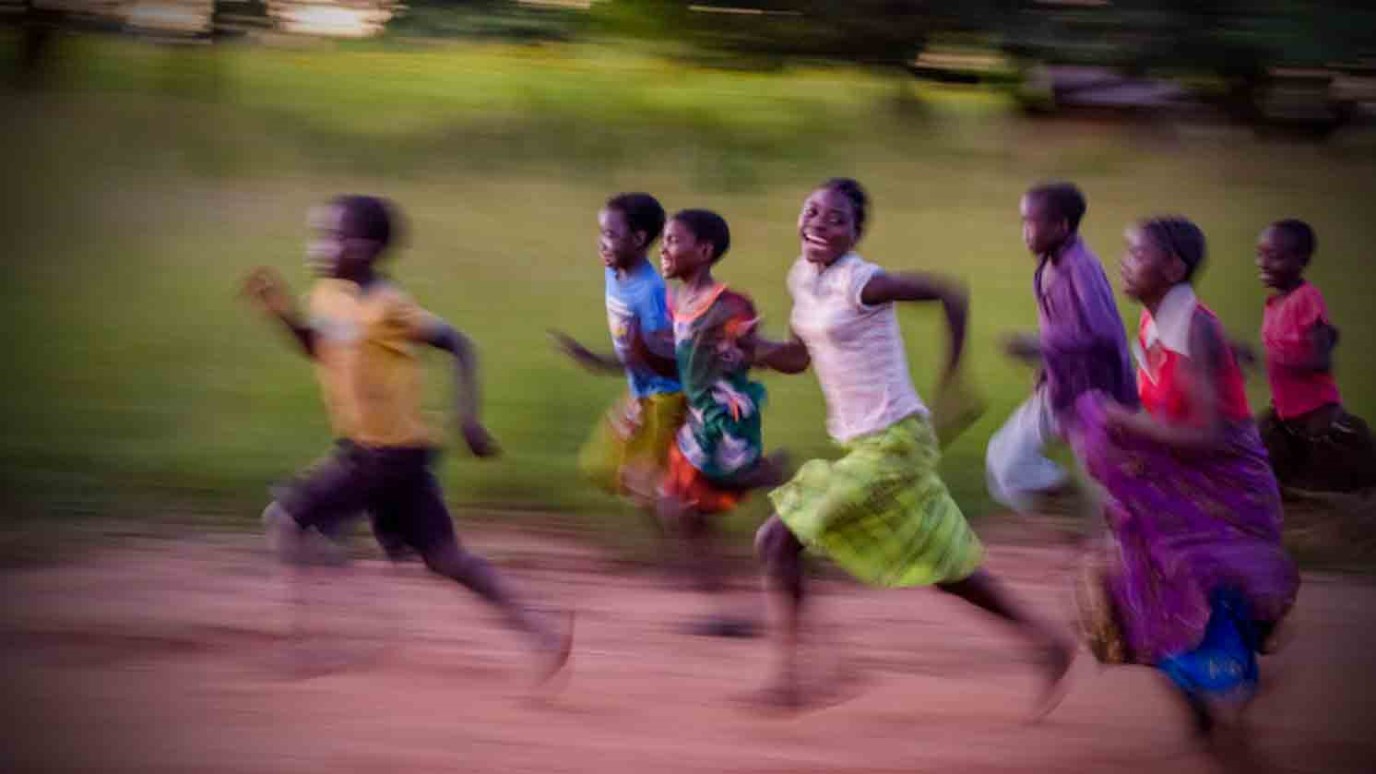 Rosemary, 8, and her friends race through their community in Zambia. She has energy to spare for school and play.

Things weren’t always the same in Rosemary’s family. Her father, Justine, struggled with hunger as a child. He couldn’t concentrate in school because of hunger so ended up dropping out early.  The family often went into debt just to be able to buy food for their children.

Then their lives were transformed by five goats they received from World Vision that jump started the family’s economic growth.

"When I received the goats, I told myself, ‘here comes the freedom,’" he says.

Goats enabled the family to diversify their crops and also try new income generation activities. They invested in seed and fertilizer and their maize crop increased. They have food still left from last season’s harvest and maize still in their field to be harvested this year.

They grow sugar cane and sunflowers for oil and to sell. Danford learned bicycle repair through World Vision. He’s also the hygiene promoter in his community, providing leadership where he was once shunned.