Run for the Prize - A Family Devotional 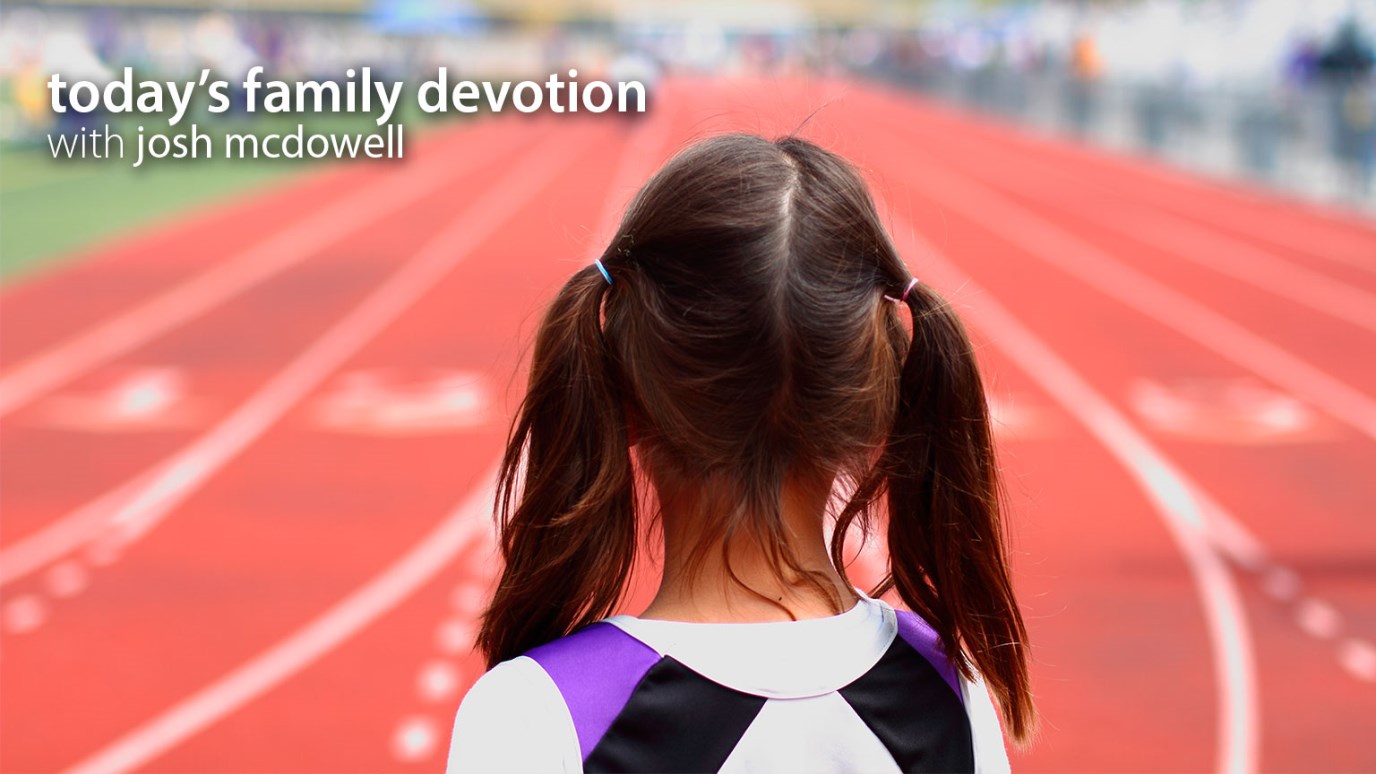 Verse of the Day: “All athletes practice strict self-control. They do it to win a prize that will fade away, but we do it for an eternal prize” (1 Corinthians 9:25).

“I never knew there were so many rules for a dumb track team!” Manny said as he and Billy left the orientation meeting for the school track team.

“Like these!” Manny answered, pulling a crumpled pack of cigarettes out of his coat pocket. “The coach said if he saw us smoking, we’d be kicked off the team.”

Billy shrugged. “Like Coach said, if you want to win, you won’t be putting that stuff into your lungs.” They stopped at Billy’s locker; he pulled out his book bag and then slammed the locker shut. They headed for the front doors of the school.

Manny squinted at Billy as he asked, “You think it really makes a difference? You think I’ll really run faster if I quit smoking?”

“Think about it,” Billy said. “Do you think breathing has anything to do with running?”

“But if you want to win, you’re going to have to show some self-control, and …”

“That’s easy for you to say,” Manny interrupted. “You’re not the one who has to quit. You don’t know what it’s like.”

“No, I didn’t mean it like that,” Manny said, holding his hands in the air as if Billy were holding him at gunpoint. “I meant that you already have self-control; you’re already in shape for the track team. I’ve got to start getting in shape. Somehow.”

“I’ll help you,” Billy said. “Give me your cigarettes.”

“Yeah,” Billy answered. “Like you said, you’ve got to start getting in shape.” Manny rolled his eyes and dug in his pocket. He drew out the pack of cigarettes and handed it to Billy.

TO PRAY: “Lord, when it comes to self-control, sometimes we come in dead last. Help us to run toward the eternal prize that you promise.”

The Two Biggest Challenges in Your Family Ministry (And How to Overcome Them)
Keith Ferrin
How Do You Want Your Parents to Talk to You?
Empowered to Connect
Follow Us
Grow Daily with Unlimited Content
Uninterrupted Ad-Free Experience
Watch a Christian or Family Movie Every Month for Free
Early and Exclusive Access to Christian Resources
Feel the Heart of Worship with Weekly Worship Radio
Become a Member
No Thanks