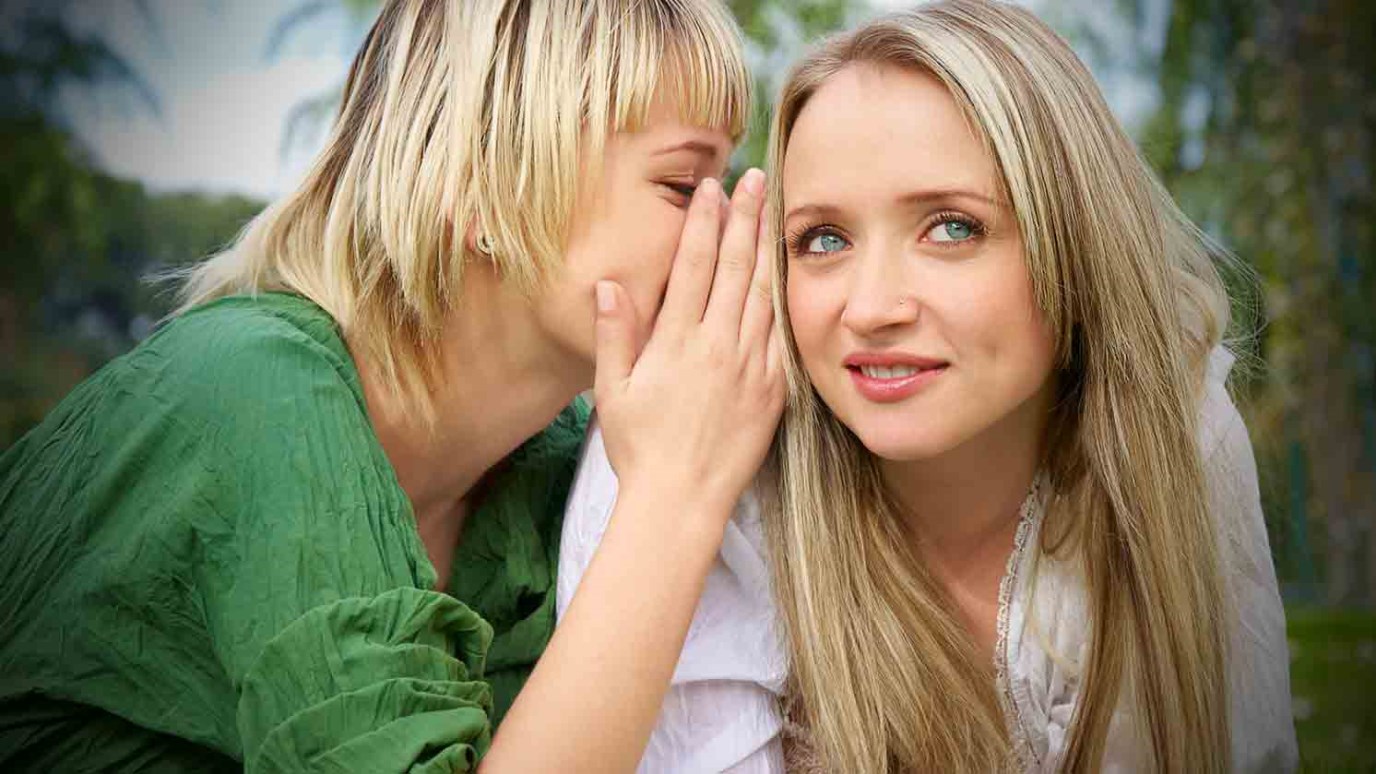 Rumors, whether they are innuendo or outright lies, are all threats. And all need to be recognized, understood, and dealt with.

“I need to ask you something, Mrs. V.” Tears threatened to brim over as his eyes searched mine.

“My goodness! What’s wrong, Felix?” This was a young man I had had in eighth grade two years before and who was now one of my high school students. We had always had a good relationship, even a kindred spirit.

“A kid in your second period class is telling people you call us Mexicans ‘Beaners.’ Is it true?”

I was horrified and assured him I would never use such an insulting name. His face relaxed into a gentle smile. “Well… I told him it didn’t sound like something you would say, Mrs. V.”

Later that day I asked the counselor to check into this rumor. It turned out the student wanted an excuse to transfer out of my class because he thought it was too difficult. Fortunately Felix was more than happy to set the record straight with his friends, and my reputation was restored.

Unfortunately teachers are often the targets of unfounded rumors from disgruntled students and parents. But no one is immune. Rumors are a sneaky way to undermine someone’s work or credibility. Rumors that are allowed to continue can grow into an atmosphere of distrust and even fear, especially when someone’s job or reputation appears threatened.

Why do people do this? Lie. Spread rumors. Perhaps they assume everyone does it, so they’d better get ahead of the game. Perhaps they are insecure or even jealous. Maybe they just have decided their target is worthy of attack no matter how unjust the accusations.

What are we to do when it happens… when we are the subject of the rumor or lie… when we are trying to prove a negative? How can you prove you really didn’t do or say something? Can these rumors be mitigated or even stopped?

Unfortunately, rumors are an ageless problem, especially for those in leadership.

In the Old Testament David and Solomon cried out and railed against rumors and lies. When writing his Psalms, David frequently complained to God about these personal injustices. Solomon vehemently warned against telling lies, calling out those who stir up trouble with their fabrications (Prov. 6:12-19).

And both of these kings, these strong leaders, used a word we don’t hear much today… guile. It covers a lot of territory: craftiness, deception, cunning, slyness, scheming, deviousness, deceit, underhandedness, double dealing, trickery… anything but honesty. Oh… rumors and lies.

Our greatest leader, Jesus, the sinless one, the one in whom there was no guile (1 Pet. 2:22), had plenty of rumors to deal with.  When He cast out demons they said He was a demon himself (Mk. 3:22). He was accused of being a drunkard and a glutton who consorted with undesirables (Mat. 11:19). Even His own family members at one point wanted to discredit Jesus, claiming He was obviously out of His mind (Mark 3:20-21).

The ultimate was when Jesus was on trial for His life and the religious leaders couldn’t find two witnesses to agree, a criteria for Jewish justice (Mark 14:56-59). Finally they resorted to political accusations claiming He was responsible for inciting the people and opposing Caesar (Luke 23:2). Pilate, however, saw through this ruse, these rumors (Luke 23:13-18), but it didn’t save our Lord from crucifixion.

Even after His death and resurrection the rumors continued. Confronted with a tomb that was clearly empty, the chief priests concocted the story of irresponsible guards who allowed the disciples to steal the body of Jesus (Mat. 28:11-15).

What’s a Leader to Do?

How did Jesus handle rumors? Depending on the situation He either refused to answer, knowing it was pointless, or He met the accusations straight on with a bold statement calling out their lies (John 8:44).  At other times He simply let His miracles, His work, His actions, speak for themselves as evidence to the contrary (Mark 10:21). And the people also believed the positive testimony of John the Baptist, someone they trusted (Mark 10:41).

As leaders of an organization, a church, a company, a classroom, or a family, we can utilize these godly tools to fight rumors: Confront those who boldly claim lies as truth; look for evidence that refutes the rumor and listen to the opinions of trustworthy people.

Because rumors, whether they are innuendo or outright lies, are all threats. All need to be recognized, understood and dealt with.

The responsibility for combatting rumors isn’t limited, however, to the leadership. Good employees or staff members don’t add to the suspicion created by rumors. They ask questions to try to discover the truth or someone’s agenda.  An appeal to a boss or manager can bring rumors to light. In the meanwhile, disassociating from those who perpetuate rumors is wise in order to avoid being dragged into an unpleasant battleground.

The Lord gives us all good guidelines: Listen to people you trust. Don’t fuel speculation. Deal in the truth. Seek the truth. Observe. Watch for agendas that deal in guile.

A manager, boss, or leader is ultimately responsible for an atmosphere of trust and the good name of a company, organization or family. Insisting on straight answers and not falling for the deceptive “You didn’t think I was serious!” ploy puts everyone on notice that rumors and lies will not be tolerated. When the person at the top stands firm in seeking the truth, everyone breathes a sigh of relief!

Good leaders keep a close watch on the environment of their company or organization. Oh not in the sense of spying but to feel the pulse of the heartbeat of what is creating the energy of accomplishment or might be stifling progress. She asks questions and isn’t afraid to go to the source to find the truth behind rumors. He knows if there is someone who is working against professed goals and mission. Effective bosses know who can be trusted, who has a track record of honesty and forthright comments. If necessary, a boss can even terminate someone who refuses to speak in an honest way.

The apostle Peter knew that the early church was an easy target for lies and rumors. He strongly urged the early Christians to guard against guile, malice, insincerity, envy and slander (1 Pet. 2:1). He knew that the positive result of this vigilance would be good days and joy… in being part of the church and in just living life (1 Pet. 3:10).

Isn’t that what every company and organization and family strives for? Good days? Joy in being with people who have a joyful attitude towards their work and life in general?

For this to happen, we need leaders who will keep alert against the undermining, insidious menace of rumors and lies. Who will defend the innocent? Who will get to the real story behind unjust rumors and lies.

And we all need the calm assured hand of a leader who has a firm grasp on the hand of Jesus… the One whose hand carries forever the mark of misplaced justice… the One who is incapable of rumors and lies… the One who deals only in truth… the One who promises to those who place their trust in Him… good days and joy!