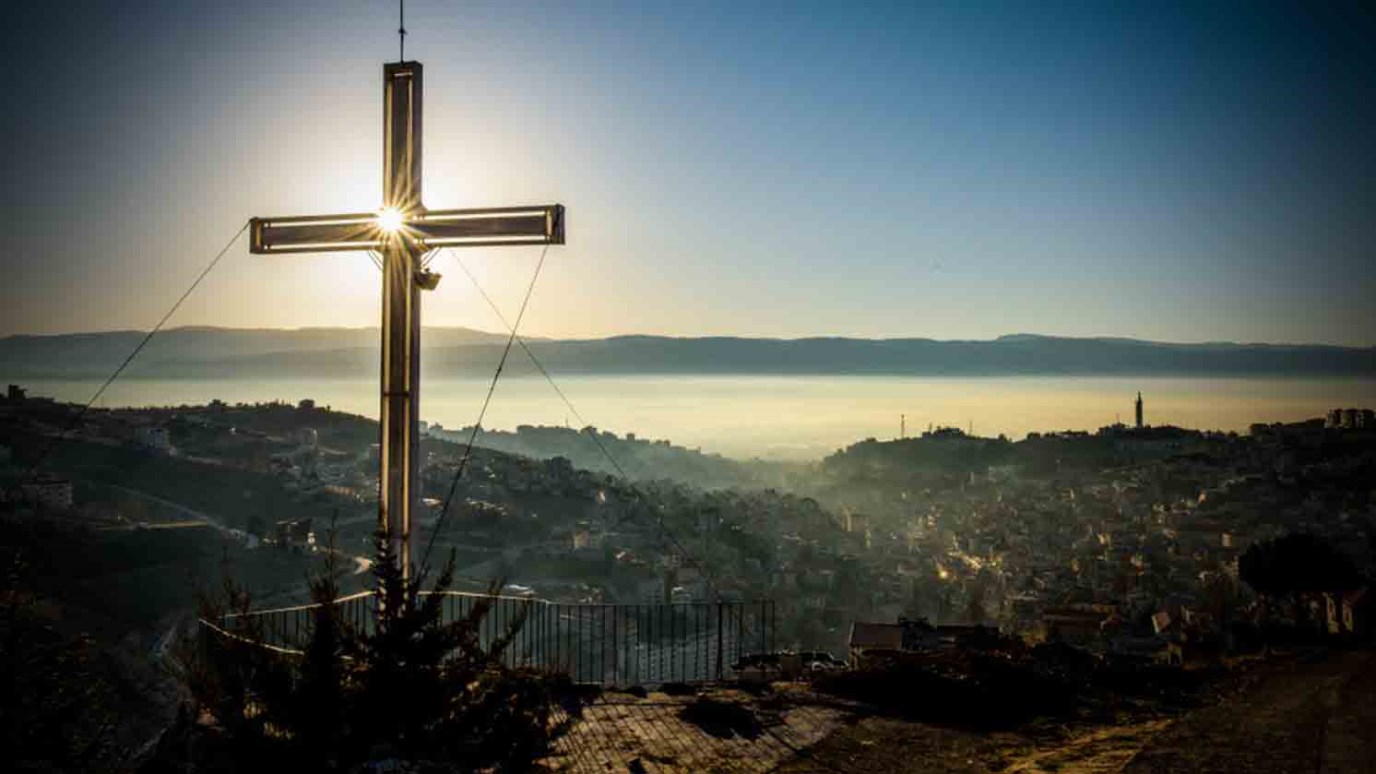 As the sun rises over the Syrian hills to the east, a cross is silhouetted against the sky above Zahlé city, Lebanon, in the Bekaa Valley.

The Lebanese population of the city is predominantly Christian, but the area hosts many Syrian refugees in Informal Tented Settlements.

While the photographer was making the photos, there was a constant rumble of bombs in the distance. Zahlé is the capital and largest city of the Bekaa Governorate.

God identified with the poor:

“For you know the grace of our Lord Jesus Christ, that though he was rich, yet for your sakes he became poor, so that you through his poverty might become rich.” —2 Corinthians 8:9

Savior, we often forget the great price you paid to bring us salvation. You became poor that we might be made rich. How thankful we are for your unspeakable gift. Grow our hearts to reflect your gracious love to others in need.

I Needed Clothes and You Clothed Me
World Vision

No School, Ever
World Vision
Follow Us
Grow Daily with Unlimited Content
Uninterrupted Ad-Free Experience
Watch a Christian or Family Movie Every Month for Free
Early and Exclusive Access to Christian Resources
Feel the Heart of Worship with Weekly Worship Radio
Become a Member
No Thanks