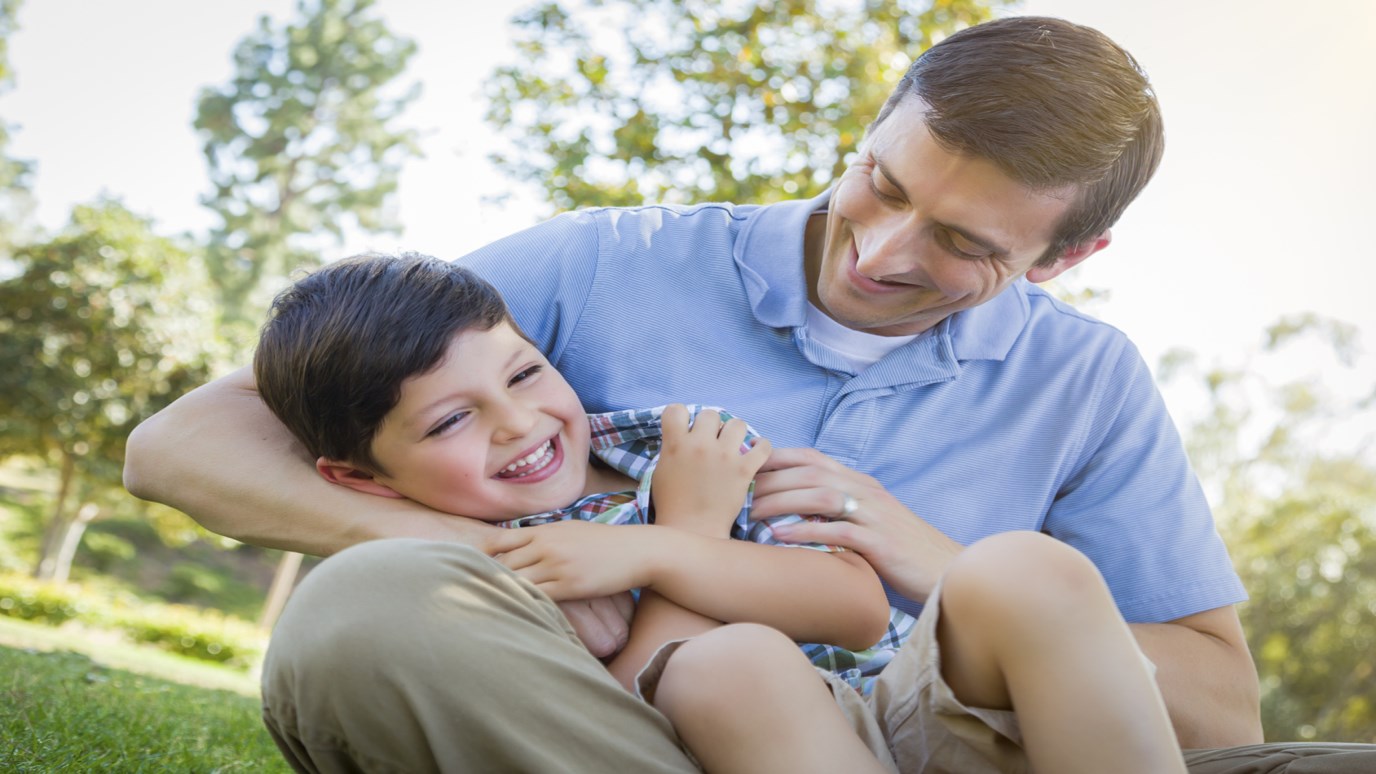 There are emotional, physical and spiritual advantages to roughhousing with your children.

Three-year-old Michael loves to wrestle and roughhouse with his father, Nick. Michael pushes against his father, who pushes back with the same gentle intensity. Then Nick surprises his son by letting go for just a moment. "More! More!" yells Michael in between giggles.

Nick grabs his son and holds him. "Let me go, Daddy!" the boy shouts. Nick lets go, then attacks his son with growls and blows into his belly, and Michael squeals with delight. "Get off me!" They're both having a great time.

Is this a common occurrence in your house, dad? Fathers may naturally roughhouse with their sons, but it's good for girls, too! Through this kind of play, your kids learn some of the first lessons about loving authority. According to Jim and Charles Fay, roughhousing teaches your kids that you love them, that you're strong enough to control them, and that you won't control them unless it's necessary. Your kids learn that you're powerful and kind and gentle at the same time.

Maybe this is one way we can learn from the animal kingdom. If you've ever watched documentaries about wolves, you've seen how the young cubs will wrestle around with their parents. That's how they learn to live with the pack and be productive members of the community.

Sometimes, the father wolf will put a large paw on the cub and give a little growl. No one gets hurt, but the cub learns that though the can have fun together, it's very clear that Dad is in charge. So it is with human fathers and their children.

If you think about it, no authority figure can maintain control effectively by power alone. The great leaders throughout history have relied on their ability to do two things: set limits, and get other people to love and respect them.

Dad, I'll bet you never thought about all the emotional, physical and spiritual advantages of roughhousing, did you? You were just having fun.

The Days of Small Beginnings
National Center for Fathering