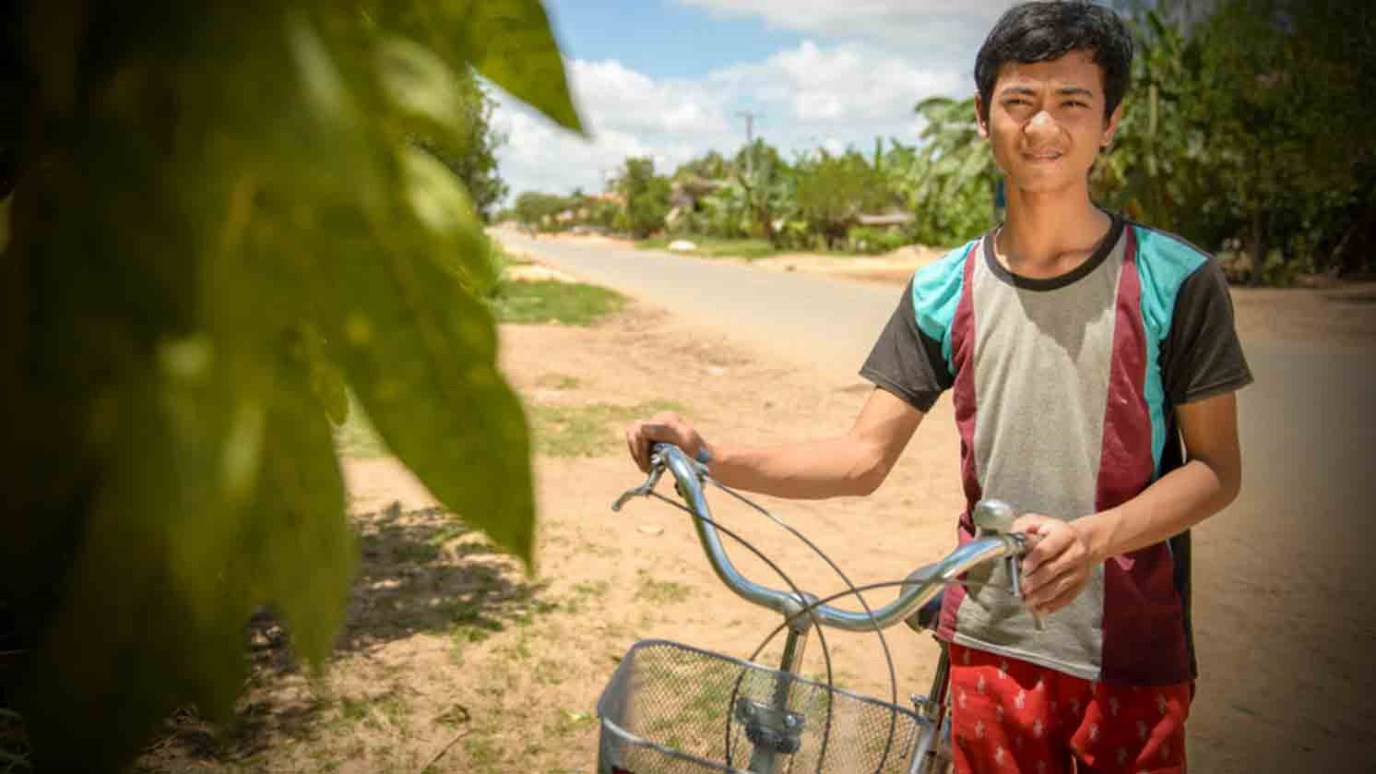 Udom is proud of the bicycle he received as a gift from his sponsor so that he can travel seven miles to attend the closest high school.

Udom’s mother died in childbirth. His father remarried, but Udom went to live with his aunt, Soth. But in 2003, another influential woman entered his life, his World Vision sponsor, Barbara, from the United States. She’s been his sponsor ever since.

“My sponsor writes me a lot of letters,” says Udom. She always asks about his happiness. She encourages him to study hard.

He took her advice to heart. “My education is very important because I don’t want to work at the rice field,” he says. “If I can be a well-educated person, I can have a good job with a good salary.”

Udom’s primary school is close to his home, but the high school is more than seven miles away. His sponsor sent the money so World Vision’s staff could purchase a bike for Udom.

“I didn’t expect to receive this,” he says.

Soth can also use the bicycle when Udom doesn’t need it. She can take it to market, her rice and corn fields, and to the pagoda.

Udom would love to be a doctor. Then he can help his community and treat patients here. Sponsorship has helped him move toward this goal by providing him with school supplies, backpacks, and encouragement from the staff in his studies.

But sponsorship also helped the community. World Vision and the community worked together building a canal to provide water for everyone here. Now people can access clean water during the rainy and dry seasons. This has helped provide income for families and also kept children and adults healthy because they had enough food.

Heading Back to School After the Oklahoma Tornadoes
World Vision