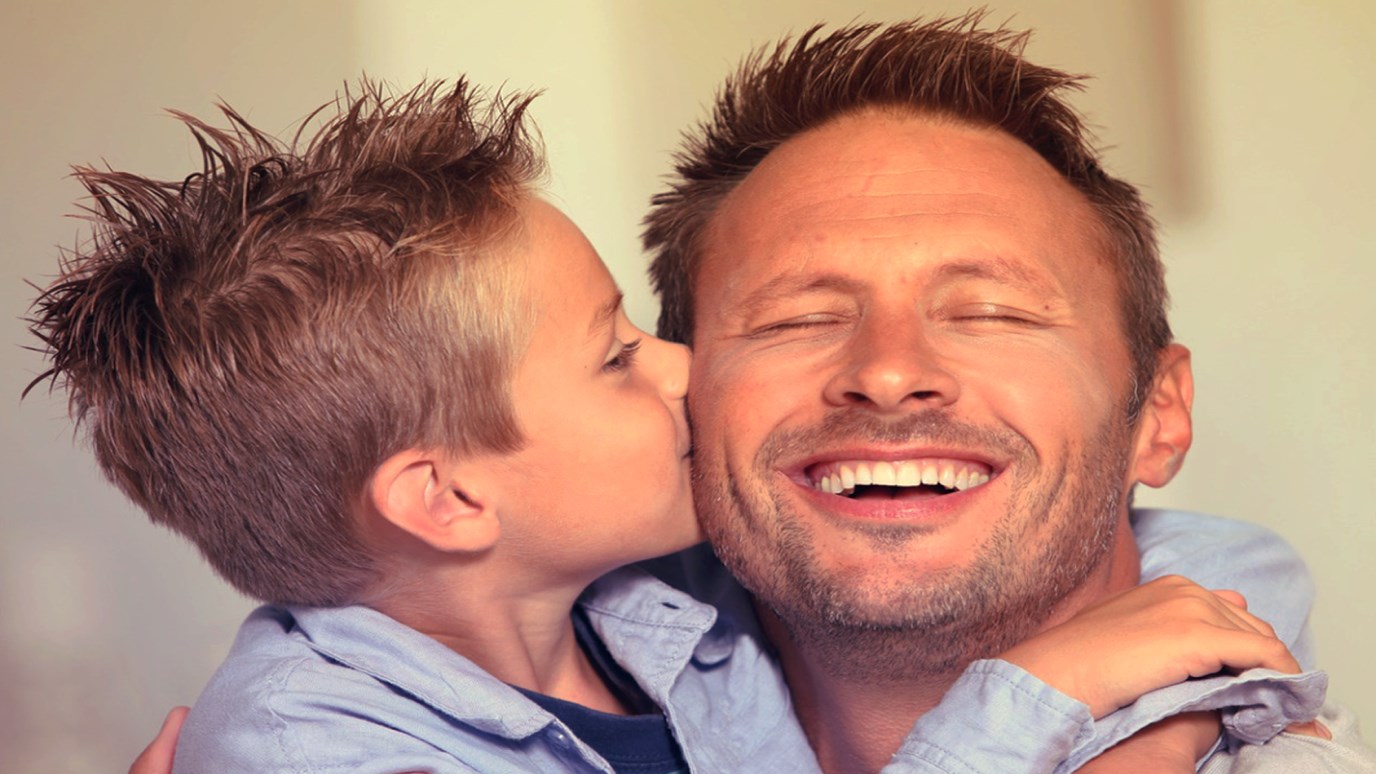 Erin Gieschen discusses how can the church change the course of a generation, one relationship at a time.

One of John Sowers’ earliest memories is of hanging onto his dad’s ankles as the man tried to walk out the front door. His father’s visits were always a roller coaster: Sowers would be giddy with an attention-induced high for a few days, and then plunge right into the familiar low of rejection every time his dad left again.

For a while, Sowers was a kid living on daydreams and Polaroids of those rare weekends together. But each time his father left, hope died again. And as the silence between visits grew, hope became just too painful to hang onto. So he buried his big red album of cherished photos and decided not to care anymore.

This is the story of millions of American kids—in fact, one out of every three is growing up without a dad. But it’s also a story that Sowers believes can be rewritten. He’s now the president of a nonprofit called The Mentoring Project, whose aim is to stand in the gap for fatherless boys by equipping church communities to mentor them. “This is such a huge issue that the church needs to step into,” he says. “So much destruction happens when a father leaves.”

The statistics are staggering: 70 to 85 percent of juvenile offenders and men in prison grew up with either absent or abusive dads. That’s not all. Over 70 percent of high school dropouts, 63 percent of youth suicides, and 75 percent of adolescents at drug and alcohol abuse centers come from fatherless homes. And while society tends to simply associate gangs with crime and drug trafficking, it’s sobering to consider that the vast majority is made up of boys and young men without fathers. Most join for protection and a sense of family.

“It’s a bleak picture,” says Sowers. “But according to the Bible, God cares deeply about kids. The problem seems overwhelming, but we have an amazing opportunity to change lives. And if we engage with it, we can redeem the story of a generation.”

The Mentoring Project really started with elephants. When author Donald Miller was writing a book about growing up without a dad (Father Fiction), it struck him that he wasn’t just writing about his own story. He knew something needed to be done for the millions of kids dealing with the same kinds of struggles.

And then he saw a documentary about 25 orphaned male elephants. Just entering their “teen” years, they’d gone into an early and abnormally prolonged musth cycle—a hormonal phase that usually lasts only a few days. The orphans had isolated themselves from the herd and were spiraling out of control, attacking each other, uprooting trees, and even killing unsuspecting rhinos to relieve their pent-up aggression. But then scientists working with the wildlife trust intervened. They found older elephants from other herds who’d already fathered their own young, and introduced them to the wandering orphans. What happened next was fascinating: the mature bulls recognized what was wrong and came alongside each adolescent, traveling with him and showing him how to, in essence, be an elephant. And the raging musth cycles stopped.

The story felt allegorical. Recalling his own experience, Miller found himself identifying with the aimless frustration of the orphaned elephants, as well as with the impact of older men who’d stepped in to guide him. “When I was in junior high,” he recalls, “I had a mentor named David Gentiles. He was a youth pastor who brought me into his life; we developed a great friendship. Without him, there’s no telling where I’d be. It wouldn’t be a very good place, I’m sure of that.” Later, his college Bible study leader, John MacMurray, invited him to move in for a season, and it was the first time Miller got to see up close how a healthy family actually worked. Prior to that, “Life was a confusing series of emotions rubbing against events. I wasn’t sure how to manage myself, how to talk to a woman, how to build a career, how to, well, be a man. Life was something you had to stumble through alone.”

Sitting in a Portland restaurant with Sowers and a few other like-minded people (who would become The Mentoring Project’s board), Miller told the elephant story to explain his vision for a foundation he believed they could build together, starting in their own city. His dream was to create a model of a sustainable mentoring community that could grow into a countrywide movement. The initial goal would be to give 1,000 churches the tools and support to train 10,000 men to befriend a generation of fatherless boys— and change the course of the nation.

When Miller first started the organization (as The Belmont Foundation in 2005), he tried to find existing mentoring programs in churches. “I was amazed that there just weren’t many at that time,” he says. “But I do remember one that was mentoring and recruiting the so-called brightest and best—‘tomorrow’s leaders.’ I think the church, for some reason, bought into a very worldly system. It’s really a Darwinian mindset, a sort of ‘survival of the fittest’ while you let the weak die off. But we really wanted to go to ‘the least of these’: the orphans.”

Three years since that pivotal dinner meeting, The Mentoring Project has moved toward Sowers and Miller’s dream—besides ten robust mentoring communities in Portland, they’re now partnering with about 600 churches across the country. “It takes a whole church body to get behind the vision,” says Miller. “But usually, it starts with an individual who champions the program. Then we provide training for the men they’ve recruited and help them get things off the ground.”

Recruiting mentees, however, is never an issue; even in Portland, there are still 1,000 kids on the waiting list. Miller explains, “Once a church starts a program, we see kids come out of the woodwork. There’s such an enormous deficiency—if we provided a million mentors, we’d have several million kids needing mentors.”

But stories are rewritten one at a time. And each life that’s changing shape is, in turn, shaping the future of this country.

Other than a few monotone, one-word replies, Lehzan barely said anything their first meeting. According to his mom, who signed him up, he didn’t interact much with anyone at school either. Willie, one of The Mentoring Project’s first volunteers, says it took a whole year of hanging out weekly before Lehzan really opened up. “Now,” says Sowers, “he’s come out of his shell and is one of the more social kids at school. It’s been really exciting to watch. And when Willie talks about Lehzan, you can just feel the affection and sense the relationship that’s developed between them.”

Stories are rewritten one at a time. And each life that’s changing shape is, in turn, shaping the future of this country.

Last year, the foundation sent them to the White House for the National Mentoring Summit. When they came back to Portland, they went to Lehzan’s school to share their experience. Miller, now a bestselling author, remembers how much it meant to him as a kid the first time someone pulled him aside and told him he was a good writer. “It was all because David gave me a column in the youth group newsletter to write,” he says. “So I think about what it would mean for Lehzan’s entire school to sit down and listen to him talk about meeting the President with his mentor—what that does for his future is pretty awesome. We’re seeing kids’ lives radically changed by these relationships.”

Many mentors and mentees bond quickly, but for men like Willie who had to be tenacious for weeks on end without any visible response, it might be easy to wonder if their presence alone is doing any good. “Actually, the most amazing and epic thing you can do for a kid is to just show up in his life,” Sowers says. “It might seem overly simplistic, but it’s so deeply true when you look at Scripture. God promises over and over to be with us always, and then Christ came to be Emmanuel (‘God with us’). There’s something about presence—about just being with a kid who doesn’t have a dad present in his life—that makes such a difference.”

Miller still laughs about the day he met Christian, the first boy he mentored. “I was scared to death. There I was, the founder of this foundation, thinking, What do I have to teach him? But then he asked me how fast my car was—and I showed him! And after that, we bonded.”

Even if you grew up without a dad yourself or don’t have your own kids, Sowers insists that any mature mentor has something priceless to give a fatherless boy. “Some guys might feel awkward or not be sure what to do, but even if it’s just washing your car together and asking about his life, what it does for him over time is so massive when you’re faithful and intentional.”

After all, Jesus built the church through faithful and intentional relationships. “It’s one of the things Christ modeled for us— what many call the Great Commission,” says Sowers. “In His public ministry, He preached and taught and healed, but He spent most of His time gathering 12 guys around Him and pouring His life into them. So it’s an implicit challenge that we’re called to do the same. To me, mentoring a child is mirroring that Great Commission lifestyle. For us to reach this next generation, we’ve got to go to them and seek them out, just as Christ seeks us out.”

How to Stop Stealing a Kid’s Ambition
Dr. Tim Elmore
Follow Us
Grow Daily with Unlimited Content
Uninterrupted Ad-Free Experience
Watch a Christian or Family Movie Every Month for Free
Early and Exclusive Access to Christian Resources
Feel the Heart of Worship with Weekly Worship Radio
Become a Member
No Thanks