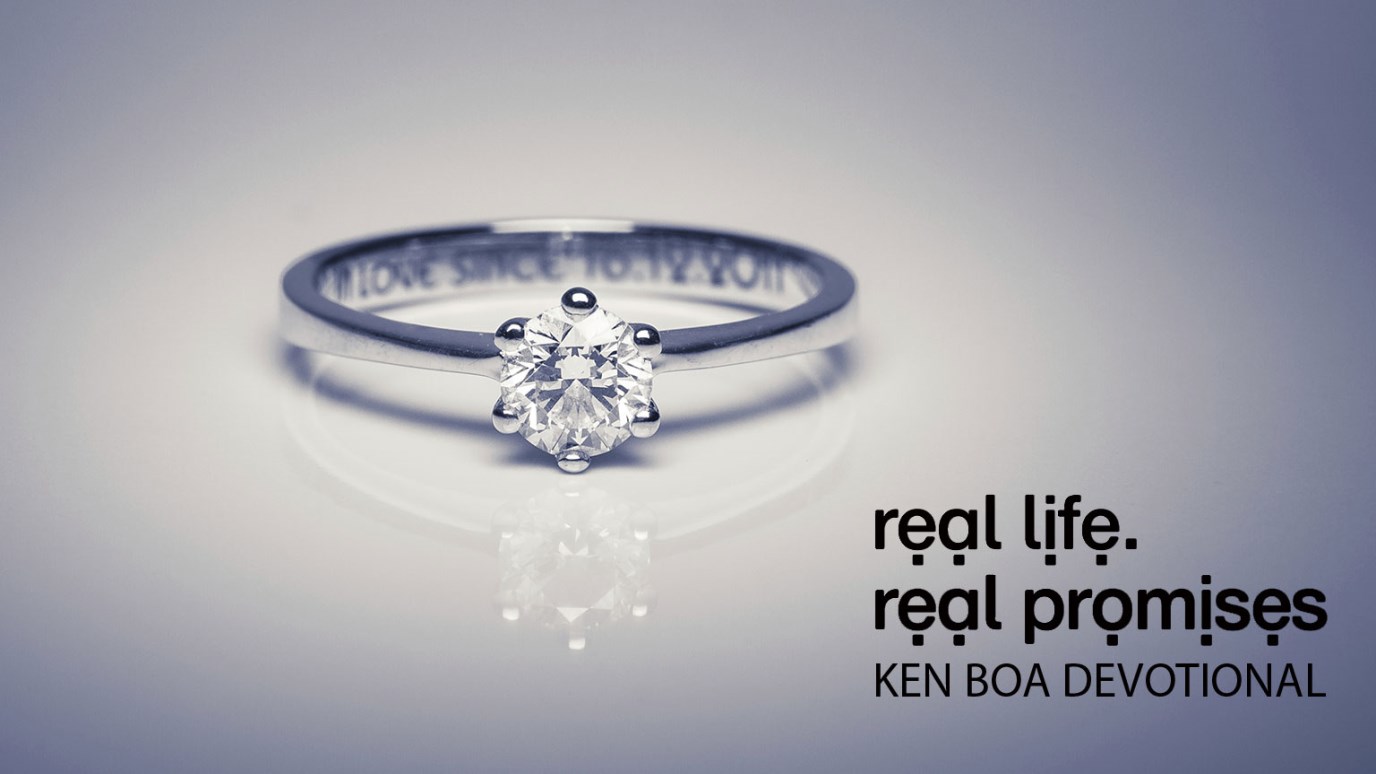 Live each day fully submitted to the lordship of Jesus Christ, and one day, God will reward your faithfulness.

It is probably safe to say that almost anything can be counterfeited. But for everything that is an imitation, a test exists which will reveal its true nature.

Take diamonds, for instance—still considered the universal symbol of wealth and luxury. Besides being beautiful, diamond is also the hardest mineralogical substance known to man. Its hardness rating of 10 is the standard against which all other minerals are measured. Diamond has many imitators: Strass, quartz, doublets, strontium titanate, and cubic zirconia. None but the last are good imitators. Good quality cubic zirconia, a mineral which crystallizes in a tetragonal form, can pass for diamond to the untrained eye—at least in appearance. Zirconia’s flaw? Its hardness rating is only 7.5. Put it on the end of a drill bit and it will disintegrate while a diamond remains unscathed.

Even Christians can be guilty of being less genuine than they appear—and sometimes its hard to tell the difference. Once when the Christians in Corinth were arguing over which apostle they though was most worthy to be followed (1 Cor. 1:12), Paul silenced their debate with this revelation: God has a test in store for every believer that will reveal the genuineness of his or her work for Christ. A “Day” is coming in which all believers will stand before the judgment seat of Christ (2 Cor. 5:10). God’s perfect judgment will be applied to the service and ministry that was built upon the foundation of faith in Christ. If the believer has built for the sake of the kingdom of God, he or she will be rewarded for faithfulness and spiritual genuineness. But if what was built does not survive the “fire” of God’s test for faithfulness, it will be consumed, along with the reward the believer might have received. All true believers in Christ will be saved, but not all true believers will be rewarded. God’s test will tell.

There is only one way to prepare for such a test, be proved genuine, and receive your reward: Live each day fully submitted to the lordship of Jesus Christ. If you have built using “gold, silver, [and] costly stones,” God’s fire will reveal it, not destroy it—and you will have your reward.

God’s Promise to You: “I truly desire to reward you for your faithfulness to Christ.”

Who Is Your God?
Crossroads Global Media Group

Whom Are You Seeking?
Daily Disciples

Who Gets to Be Saved?
Brandon A. Cox