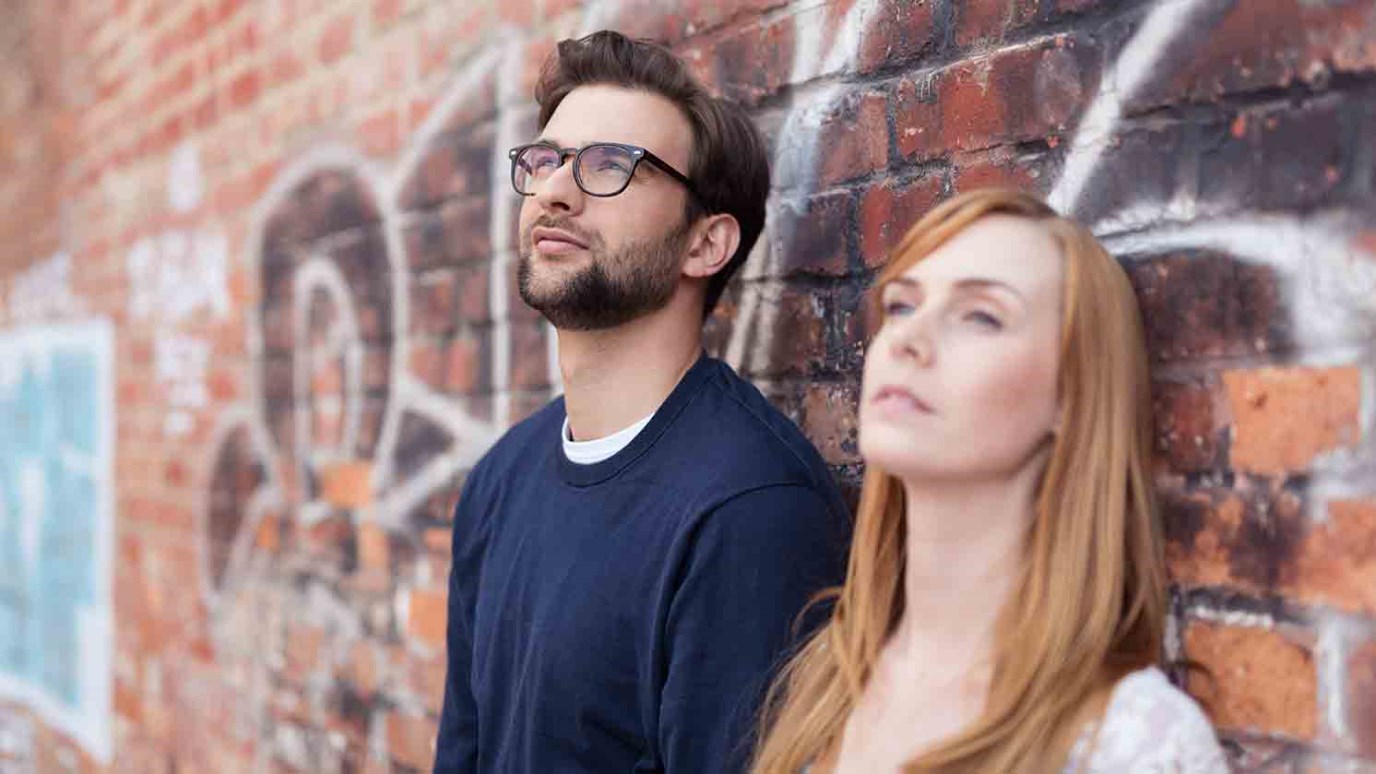 The answer is to come to Christ and be filled with the Spirit so that marriage is marked by a beautiful blending, instead of the constant bickering and tension. It takes humility, forgiveness, love, and submission.

A little girl heard the story of Snow White, and couldn't wait to go home and recount it to her mother. When she got to the part of how the prince awakened Snow White with a kiss, she said, "You know what happened next, don't you?" Her mom said, "Yes, they lived happily ever after." And the girl said, "No, they got married."

You might be thinking, "Well, that's just how it is. You fall in love, it lasts for a while, and then you just put up with each other. 'Happily ever after' and marriage aren't the same thing."

Well, it's true that there is no perfect marriage. Robert Anderson wrote, "In any marriage more than a week old there are grounds for divorce. The trick is to continue to find grounds for marriage."

But even if your marriage is ebbing slowly away, or if the spark has gone out of it, it can survive. And not only survive, it can thrive -- if you work at it, and if you apply God's principles, by the power of the Holy Spirit.

Man and woman became self-conscious -- and selfish. And isn't that the root of all problems in relationships? "What about me? Where do I fit in? How do I get gratified?" And today we live in a culture that emphasizes self. "Love yourself. Do this for yourself." People get into a relationship with the primary goal of "What's in it for me?" They want to be fulfilled, and if that doesn't happen they bail out.

But the answer came at the same time as the curse. Genesis 3:15 is a prophecy of the Messiah, the one who would crush the authority of Satan and bring redemption. The answer to the curse, and the struggle between men and women, is Jesus Christ. In Jesus Christ, the curse can be reversed. The answer is to come to Christ and be filled with the Spirit so that marriage is marked by a beautiful blending, instead of the constant bickering and tension. When that happens, the home becomes in effect like the Garden of Eden before the Fall.

God's principles, which I alluded to above, are the loving leadership and loving submission outlined in Ephesians 5:25-32. These can bring about the reversal of that curse, the undoing of what happened at the Fall. If we apply these principles to our lives, even though we are sinful creatures, we in a sense reverse, undo that curse. This is God's design for a marriage. Yes, marriage can be as it once was intended to be by God. But it takes humility, forgiveness, love, and submission.

So, it's not a perfect man married to a perfect woman, or the fairy tale prince and princess. It's a redeemed man married to a redeemed woman and acting redeemed in the home, because their lives have been changed by the blood of Jesus Christ. They've been forgiven by God, and they're quick to forgive one another.

Behaving toward each other like redeemed people...that's the reversal of the curse.

How to Get a New Husband
Greg Laurie