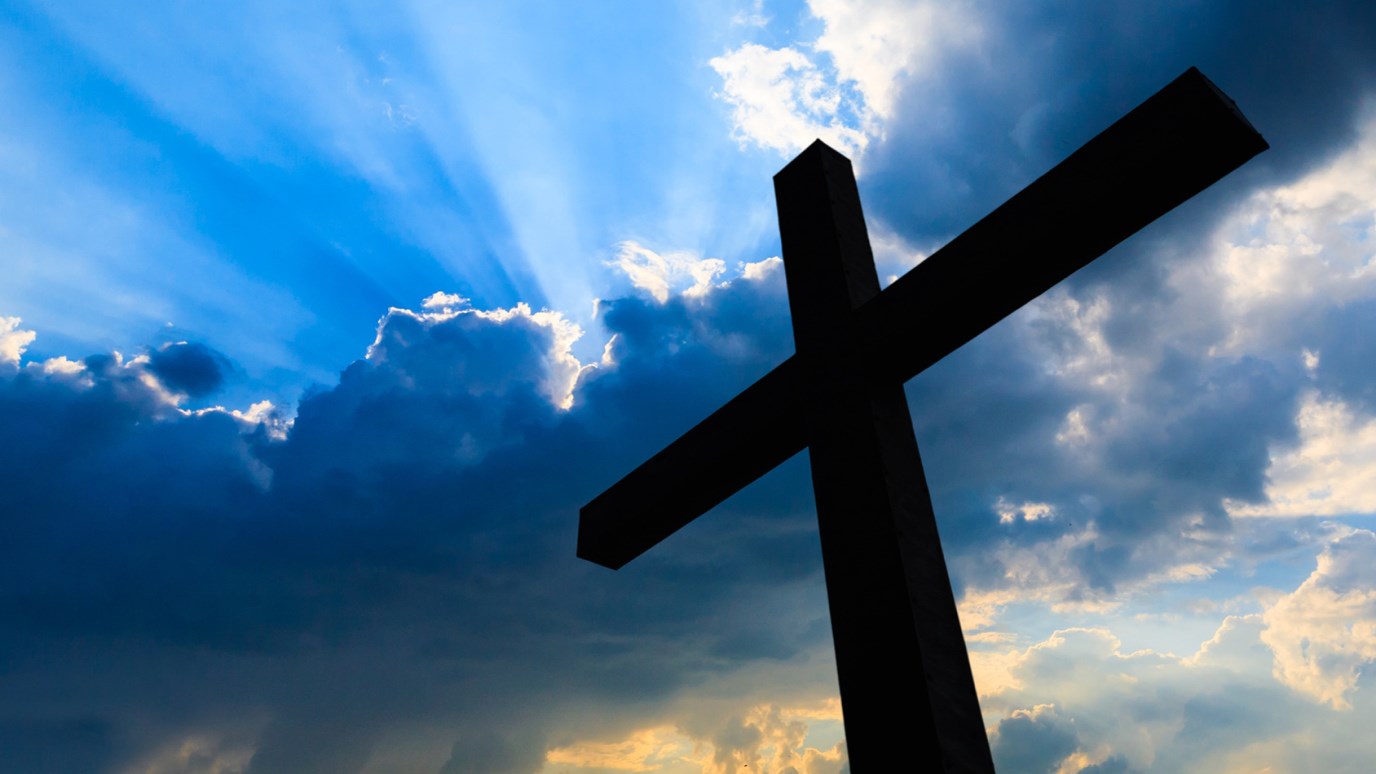 Fil Anderson explains why the essence of Christianity is relationship, not performance.

I’ll never forget the night I went to bed after the revival circuit preacher came to town. I was ten years old and terrified. He’d yelled at the top of his lungs at me (and all the other sinners) sitting on those hard wooden pews, his voice boiling over with contempt for our utter moral depravity, the very cause of the crucifixion in all its gory details. His righteous rant finally came to a climax that left me cold: “If you were to die tonight, how could you expect a holy God not to cast you into hell’s fiery furnace?”

I trembled under the covers that night, overwhelmed by a powerful sense of shame and fear. God must be so angry at me, I thought to myself. I must be His biggest disappointment.

As far back as I can remember, I was assured that religion was my only ticket to the best life in this world. So I set out to make it my sole purpose, diligently learning its vocabulary, memorizing its regulations, and incorporating its customs and practices into every facet of my existence. I believed I was getting something I couldn’t live without, but all the while it was actually draining the life from me. Religion—not God—drove me with its rules, kept me in line with shame whenever I strayed from the routine, and constantly reminded me of my failure to live up to its standards. My guilty conscience compelled me to strive endlessly to improve my performance, all while feeling I could never measure up, no matter how hard I tried.

By adulthood, I was caught up in a private storm of weariness and hopelessness. For years I’d maintained my allegiance to respectable moral habits and values. I even became an accomplished religious professional—a persistent overachiever whose self-image and reputation were based on hard work and the appearance of clean living. My lifestyle got me plenty of admiration and status within my Christian culture, but it was wreaking havoc within my soul. No one knew I was really aching inside with shame, despair, and even self-hatred.

My religion comprised plenty of good things—important truths and principles that led me into plenty of worthy endeavors. But it also led me into running and “winning” the entirely wrong race. I’d falsely believed that being a good Christian meant believing and doing the right things—which can never compare with living in daily, intimate relationship with God. I got lost in the details and, as a result, lost my heart.

Of course, I wasn’t the first follower of Jesus to bend toward religious idolatry. Notice that every time His disciples started making rules for themselves and others, He intervened. The Message paraphrases Christ’s word to them as they argued about their own spiritual importance in Matthew 18:2-4: “I’m telling you, once and for all, that unless you return to square one and start over like children, you’re not even going to get a look at the kingdom, let alone get in. Whoever becomes simple and elemental again, like this child, will rank high in God’s kingdom.” Jesus was constantly calling His friends to unlearn their worldly rules to relearn life from Him and follow from their hearts—not according to a man-made system.

While my choices were my own, I sometimes wonder how different my early life might have been, had someone told me the good news—the true gospel. By the time I knew enough to tell others that God loved them, I hardly believed it for myself. I thought God would love me only if I lived up to the right standards.

But what if someone had told me that the other side of our sin is the unstoppable grace and goodness of a Father who wants to bring us back into relationship with Him? What if someone had told me that my true identity lies in how He sees me, not how I see myself, and that His desire is for me to accept the invitation to belong to Him forever? What a profound difference it would’ve made if I’d understood that rituals, guidelines, and even rules are only intended to be a sort of map that can lead to a priceless treasure. Instead, I’d confused the map for the treasure, and in the process, I never saw the beauty and wonder of the treasure: Jesus Himself.

It wasn’t until I completely burned out—emotionally, physically, and spiritually—that I realized I could no longer live this way. Recognizing that I wasn’t free, I dragged myself to a spiritual retreat, desperately seeking help for the first time. It was there that I finally asked the Lord in all transparency, “Have I ever really known You, or is it simply religion I’ve had a relationship with?”

That was the beginning of my emancipation. I’ll never forget the words of my spiritual director at that retreat: “Fil, you must allow God’s definition of you to become your own definition of you. He’s crazy about you! You are His beloved. From this moment forward, that truth must become the most important truth you know about yourself.”

As I began to purposefully recognize and dismiss my distorted and false images of God, I gained an increasing awareness of the true and living God, who surpasses all human concepts and expectations, and is beyond anything we can ever envision or intellectualize. The radical transformation of my life from religious oppression to secure, joyful intimacy with God still amazes me. Restless striving no longer controls me. The ongoing process of unlearning and relearning has brought peace, gladness, and deep inner healing I never imagined possible.

Jesus’ life on earth was a revelation of a God who consistently goes overboard in lavishing His mercy and love. In His parables alone, we see God in various images of such grace: a lender shockingly dismissing an enormous, unpayable debt; a shepherd going out into the night just to search for one stray lamb; a merciful judge hearing the appeal of an undeserving tax collector. According to these stories, the all-encompassing breadth of His forgiveness doesn’t depend on our repentance, natural ability to love others, or even honorable deeds. It depends only on the infinite love lodged in the heart of God for us.

One of the most familiar of Jesus’ stories is about the father who had two sons (Luke 15:11-32). Toward the climax, we see two striking pictures: the starving, shame-driven prodigal trudging down the road thinking about the mess he’s made, the embarrassment and heartache he’s caused his dad to endure. He keeps rehearsing the remorseful apology he’s composed in hopes that his father will consider hiring him as a servant.

There may be no greater statement about God in the Bible than what the father does when he sees his son from a distance. Filled with compassion, he excitedly runs out to meet him in a completely undignified manner, grabbing the dirty and tattered young man and embracing him with uninhibited joy. Before the son can even begin to recite his carefully crafted speech of shame, his father—without a trace of anger or resentment—is overcome with emotion that only unconditional love could evoke, and lavishes unbridled affection and acceptance on him.

Don’t miss this fact: God not only loves the world; He loves you. Profoundly.

The love of God is unlike any other love. It’s not based on anything we do. If it were, and that “anything” somehow gave way, then wouldn’t His love disintegrate as well? And that’s the furthest thing from what could possibly happen. Nothing is stronger or deeper than His love. As 1 John 4:16 says, God is love.

This is the gospel truth:

You are loved—perfectly, unconditionally, and fully! And don’t miss this fact: God not only loves the world; He loves you. Profoundly. Jesus tells you to make yourself at home in His love, and to know that the only reason you will ever be able to love Him is because He loved you first. When your feet are firmly planted in the ground of this truth and you are bathed in His extravagant love, experiencing its breadth and length and height and depth, your life will change. All your devotion to Him will flow out of this source.

The apostle John wrote this powerful declaration toward the end of his life: “We have come to know and have believed the love which God has for us” (I John 4:16). Possibly the most consequential question we’ll ever have to answer is this: Can we declare this truth with absolute conviction? These words turn an abstract proposition into a personal relationship; they are the heart and soul of the Christian faith, and the fundamental decision of your life.

Being a Christian isn’t the result of a moral choice or belief in lofty ideals, but an ongoing encounter with a person—Jesus— who gives life a new horizon and decisive direction. Will you believe God and believe in the love He has for you?

Resurrection and the Life
JR Vassar