Responding to the Rise of Depression in College Athletes 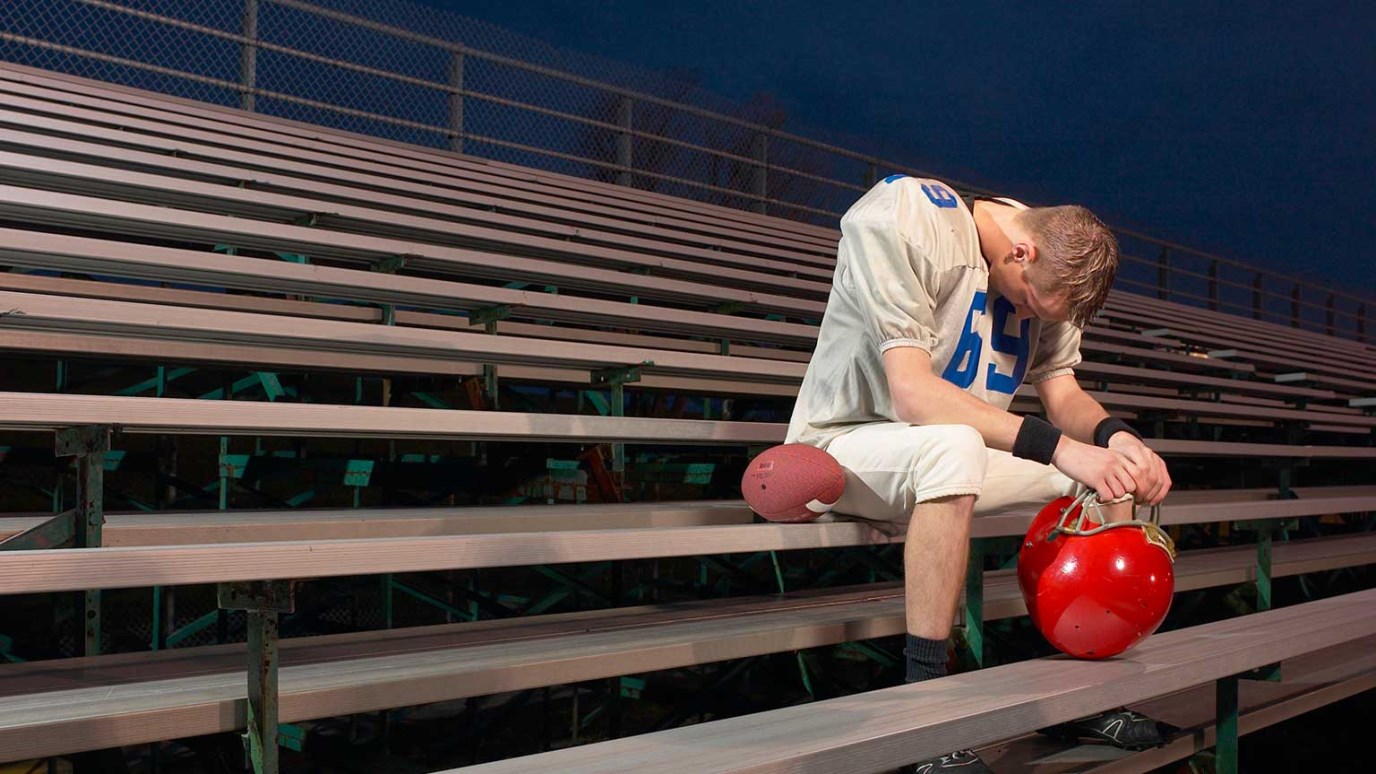 A recent study indicates that college athletes may be at an increased risk for depression today, far more than in earlier generations. The study, published by Sports Health and conducted at the Georgetown University Medical Center, revealed that depression levels were twice as high in current athletes compared to former college athletes.

Lead researcher, Daniel Merenstein, M.D., and his team examined cross-sectional surveys completed by both former and current NCAA athletes from nine universities. The athletes were participants in fifteen different sports.

Dr. Merenstein reported, “We expected to see a significant increase in depression once athletes graduated, but by comparison it appears the stress of intercollegiate athletic may be more significant than we and others had anticipated.”

The reasons for the rise in stress and ultimately depression are:

It may not surprise you to hear the study revealed that female athletes had a higher percentage of depression than male athletes. Findings reflect a similar trend in the general population, with women twice as likely to develop depression as men.

Make This Your FIRST Response

There are cases where athletes need severe intervention with depression, including medication and even dropping out from the team. I believe there are steps staff and coaches can take to aid their athletes in their battle with depression, before reaching that place. The five top issues to address spell the word FIRST, making it easy to remember as you talk with athletes about the issue. In order to prevent bouts with depression, try this FIRST response:

Focus – Help athletes focus on one key priority at a time.

Stress and depression are closely related. A full 94% of college students today say they are absolutely “overwhelmed.” About 44% say they are so overwhelmed it’s almost difficult to function. Multi-tasking is a myth. We must help them focus on one goal at a time, and rapidly switch gears. Help athletes determine their top priorities and how to give each one proper time.

Identity – Help athletes construct an identity outside their sport.

The study’s authors said “college athletes often derive their personal identity from their sport, focusing a lot of time on athletics.” I believe this can lead to both high performance, and high levels of stress and depression. It’s a horrible foundation for healthy living. Former champion gymnast Ashley Priess said, “Gymnastics is what I do, it’s not who I am.” Players need a longer-term, bigger picture identity.

According to our 2012 Coaches Poll, resilience is a diminishing quality in today’s Generation iY athlete (Those born since 1990). It makes sense if you consider their childhood where many may have never really experienced failure or sharp criticism; they received trophies just for playing and were sheltered from harm. (This is certainly not true of all kids today—but many of them). College staff and coaches must be intentional about cultivating resilience through inoculating them with hardship.

Service – Help athletes give their life away to others in sacrificial service.

Its been said so often, it’s almost cliché. One of the greatest methods for overcoming your own troubles is to help someone else with his or hers. It’s a proven psychological fact. I am not speaking of denial—I am referring to students gaining a larger perspective by involving themselves sacrificially in something bigger than they are.

Time – Help students maximize their time to include margins.

One of the greatest sources of stress is the feeling of being out of control. Often students go on an elusive search for a “balanced life,” defined by perfectly inventing time in each priority equally. I know of no one who actually practices that ideal. Instead we must help them determine margins in the midst of their commitments.

This is an issue worth our time and effort if we hope to graduate healthy adults.