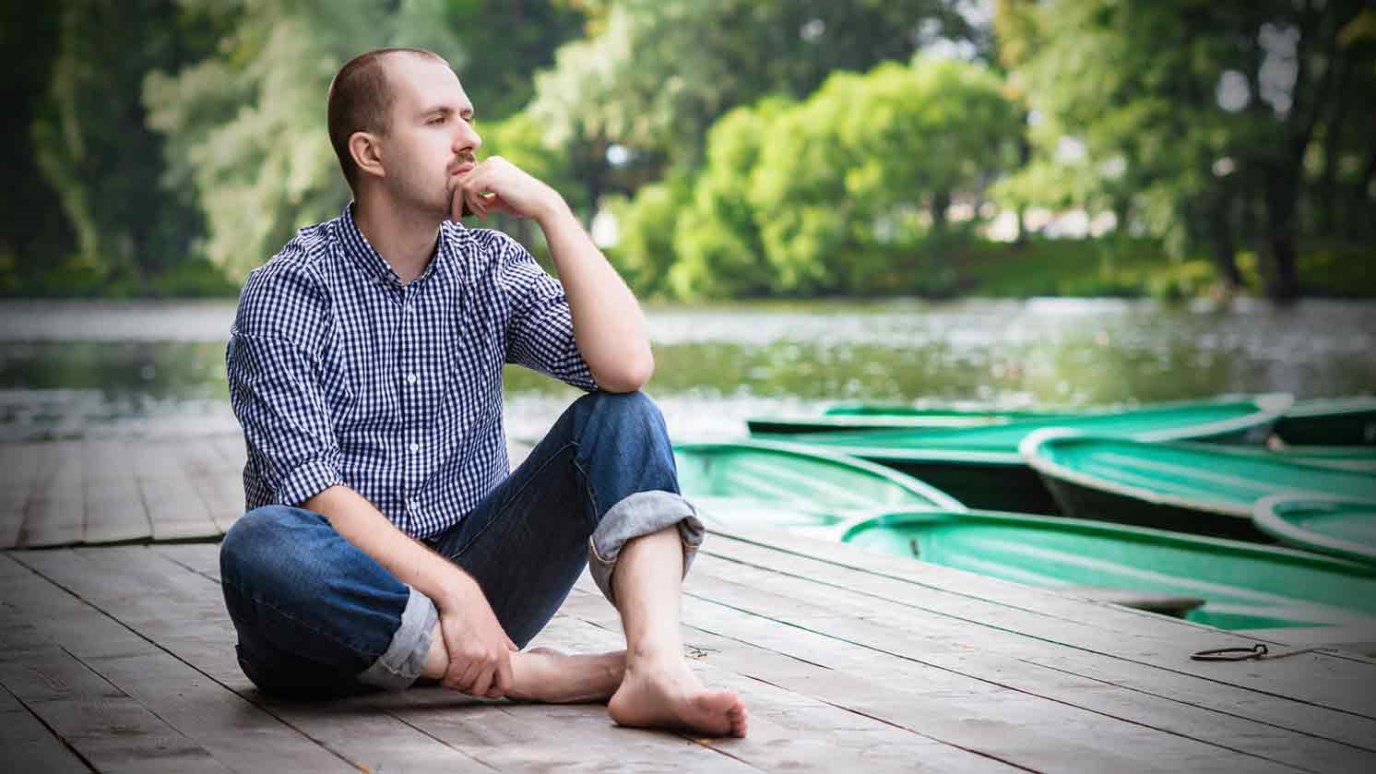 We aren’t well-trained in truth; in fact, it's just the opposite. It takes practice, determination, and the help of God’s Spirit to develop new thought patterns.

There were plenty of negatives in his situation, and if I had been where he was, I probably would have noticed them all. Actually, that’s an understatement; I would have obsessed about them all. I certainly would have been preoccupied with the downsides.

Paul had been confined—in prison and then under house arrest—for at least three years. The message he had spent his life promoting was now being adopted—and possibly adapted—by people with self-centered motives, potentially undoing the good reputation the message had gained. And then there was that little issue of life or death—whether this prisoner would be executed or set free. Paul had ample opportunity to despair.

I think I would have, if for no other reason that whenever an event can possibly be interpreted as discouraging, I assume that’s the most likely interpretation. Think about the questions that could have come up in Paul’s situation:

Beyond the questions, I’d utter some pretty emphatic prayers. I’d declare the authority of Jesus’ name, pray for victory over these opponents of truth, appeal to the God of deliverance to actually deliver . . . any powerful requests and statements of faith I could think of. I might even call my attorney and demand some action.

Paul didn’t despair, didn’t cry out for justice, didn’t plead. In fact, he looked at three overtly negative situations and put a positive spin on them. Perhaps “spin” isn’t the right word, since it suggests twisting the truth, but it's what our minds tend to do, whether toward truth or away from it. What Paul actually did was take the negative spin off and declare the truth behind the scenes.

This is far beyond a glass-half-full perspective. It’s not just silver-lining thinking. This is absolute insistence on seeing the goodness of God as the backdrop for everything, no matter how everything looks on the surface. It’s knowing that the promise of redemption in every situation for those who love and trust God—Romans 8:28, for example—is rock-solid truth.

That’s the big-picture view of Philippians 1, and the message is more than an encouraging pat on the back. It’s a field manual in how to have a true—and very positive—perspective.

Christians should be known as relentlessly happy people. Not superficially happy. Not fake-happy. Not dishonest about struggles and problems. But certainly living above discouragement most of the time. There’s nothing wrong with being honest about hardships and discouragement, but if we get stuck there, we’re not seeing clearly.

How Did “Positive” Become Negative?

There has been a tendency in recent years for Christians to see anything “positive” as a negative—as if a positive perspective must be superficial, artificial, or even New Age psychobabble. We seem to prefer discouragement for the sake of being “real.”

The message of Philippians 1—and really much of the New Testament—is that in every situation, no matter how discouraging it looks, God is doing something beautiful behind the scenes on behalf of those who love him and are called according to his purposes. Paul wasn’t dishonest about his struggles. He really was being “real.” It’s just that reality was much better than superficial appearances.

All good stories end well, but they look impossibly hopeless for the protagonist somewhere in the middle. God’s story is no different. So if you’re going through an excruciating time, be aware that the story isn’t over yet. You’re in the middle parts, where all heroes appear desperate. Your life is building toward resolution, and it will be thoroughly satisfying. It’s okay to go ahead and see that now.

A couple of reviewers once criticized one of my books as “positive thinking theology.” (Those who actually know me, a recovering grandmaster of negativity, must have had a few laughs over that.) But if you have a problem with positive thinking, you’ll need to stay away from Philippians 4:4 and 4:8, which pretty much command you to see things positively. You’ll also have to resolve not to follow Paul’s example in his Philippi experiences (Acts 16, in addition to Philippians 1).

I’d suggest a better approach, though. It might be good to notice how thoroughly positive the Bible is about who you are in Christ, what you’ve been given, what your future looks like, and how many blessings are included in your new life. Whether you can accept it or not, you’re a key character in a really good story.

Much of the Christian life is learning to see that—to think with a new perspective, to read between the lines of your life, to see the good that God is ultimately doing rather than the bad that captures the headlines of your mind. It’s learning to see truth—and coming to terms with the fact that truth is overwhelmingly positive.

To get that perspective, we have to go through a pretty thorough renovation of our minds. We aren’t well-trained in truth; in fact, just the opposite. It takes practice, determination, and the help of God’s Spirit to develop new thought patterns. But we have plenty of opportunities. Bad things happen, and we can insist that the first “spin” coming to mind will focus on God’s goodness rather than whatever apparently went wrong.

Learn to spin toward truth. It fits the kingdom of God, the perspective he has, and the promises he has given us. It’s less superficial, more real, and much more satisfying.