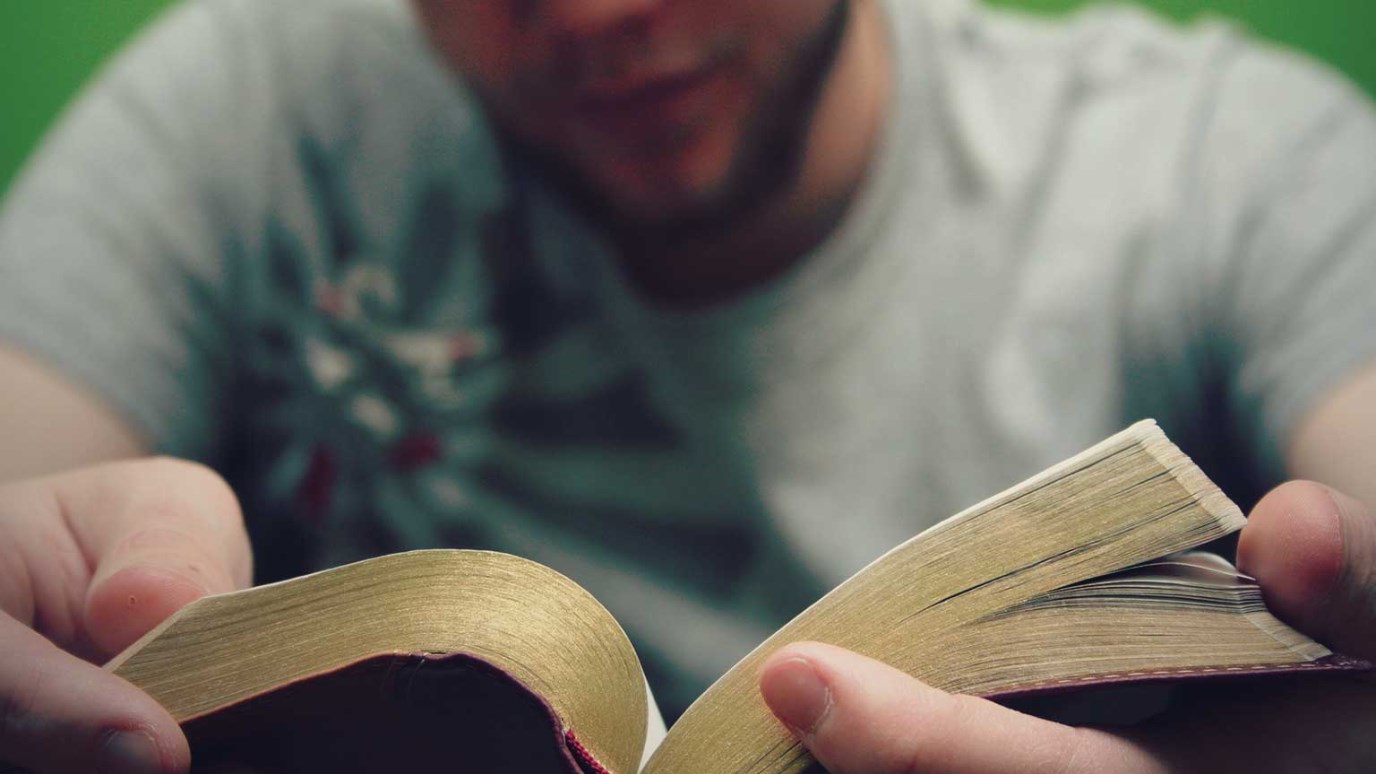 Have you spent countless hours and resources on self-help stain removal and the stains of guilt and shame just won’t go away? Remember why Jesus came in the first place.

How clean is clean? How many times do you have to wash a dirty sock before it looks like the one on the commercial? “If it’s gotta be clean, it’s gotta be (you know the brand).” Or what about, “Want a tough stain out?” Well, you can “shout” until you're blue in the face, but, really, will that stain ever come completely out?  Probably not.  I once heard a comedian comment on one of those commercials. He observed that if a person has blood on his t-shirt, his laundry is probably the least of his worries.

So why are we so obsessed with “cleanliness”? When do we really know we’re clean? I think Pontus Pilate may have wrestled with that very thought in today's reading.

Jesus' long night of betrayal had dawned onto a weary morning of interrogation. Now He was standing before Pontius Pilate, the presiding Roman governor. Pilate found himself in the precarious position of determining the fate of an obviously innocent man. It sounded like a simple solution; let Him go. But it wasn't that easy. Pilate was not only facing the innocence of Jesus, he was also facing the hatred, bitterness, and contempt of some religious leaders, the publicly persuasive people who wanted Jesus dead. And so, Pilate did what any good politician would do. He found out how his decision would make him look to the public (and boy, did he find out!).

When presenting the option of releasing Jesus, the people gathered responded with a plan of their own. “Crucify Him!” they shouted. He tried again to reason with them asking why Jesus deserved to die. And even louder, the crowd shouted “Crucify Him!” At this point, Pilate didn’t know what to do. He really didn’t want to kill an innocent man, but, well, he had grown accustomed to his luxurious political lifestyle. So, Pilate resorted to Plan B.

Pilate saw that he wasn't getting anywhere and that a riot was developing. So he sent for a bowl of water and washed his hands before the crowd, saying, "I am innocent of the blood of this man. The responsibility is yours!" Matthew 27:24

Pilate sent for a bowl of water. Did he truly believe that dipping his hands into water would cleanse him from all responsibility? Did he really think that in the annals of history, the records would show that Jesus was killed – but by no fault of Pontius Pilate? Well, for the record, in The Apostles’ Creed, the oldest creed of the Church, there is recorded (for generations to see) these words, “Jesus...crucified under Pontius Pilate” (fitting, isn’t it?).

And as for his hand washing, Pilate was right. He needed cleansing. But the disinfecting Pilate needed could only come from One Source.  And He was standing right beside him.

What about you?  Have you spent countless hours and resources on self-help stain removal?  Maybe you’re currently living in a “shout it out!” world… yet finding, no matter how hard you scrub, the stains of guilt and shame just won’t go away.

Now is probably a good time to remember why Jesus came in the first place. Just listen to the heart of Almighty God…

“… no matter how deep the stain of your sins, I can take it out and make you as clean as freshly fallen snow. Even if you are stained as red as crimson, I can make you white as wool!” Isaiah 1:18 (TLB)

Remember… That’s not only an invitation from God.  It’s a promise.

I can make you clean…

Beating Forgiveness
Dr. Mark Rutland
Follow Us
Grow Daily with Unlimited Content
Uninterrupted Ad-Free Experience
Watch a Christian or Family Movie Every Month for Free
Early and Exclusive Access to Christian Resources
Feel the Heart of Worship with Weekly Worship Radio
Become a Member
No Thanks