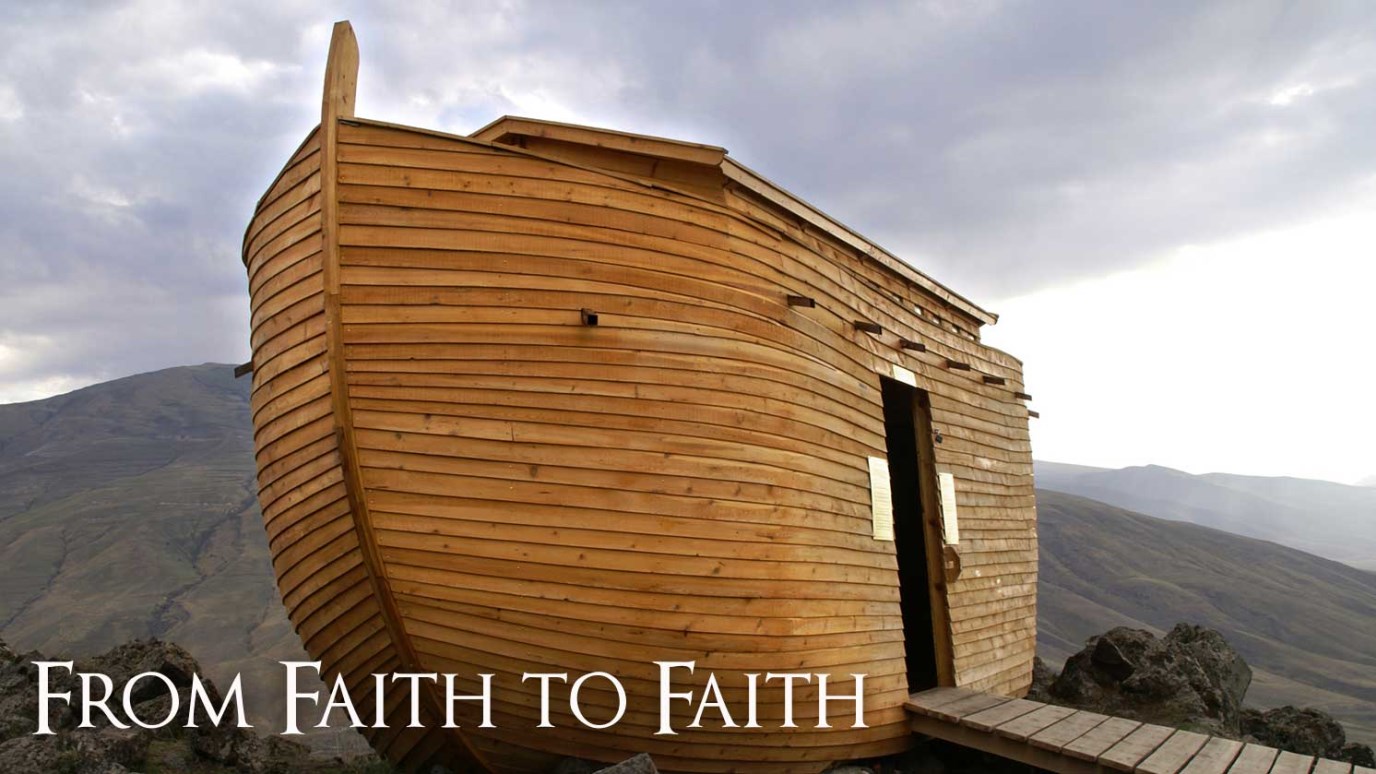 The next time you're tempted to shrug off the instructions of God and be disobedient, remember Noah.

And the Lord said, I will destroy man whom I have created from the face of the earth; both man, and beast, and the creeping thing, and the fowls of the air; for it repenteth me that I have made them. But Noah found grace in the eyes of the Lord.  Genesis 6:7-8

One of the dirtiest, most damaging lies that the devil ever told you was when he said, "You aren't important." Don't you ever believe that.

You are  important! Every born-again member in the Church of Jesus Christ has a part to play in God's plan. God has something for you to do that no one else can do just like you can. If you don't take your place and do your part, things won't be quite right.

I can just hear you thinking, Oh, Gloria, I'm just one person. What could I possibly do that could be so significant?

Look in Genesis 6, and you'll see the answer to that question. There you'll see that the people on the earth had gotten so wicked that God had regretted that He'd made them. He was ready to wipe the whole population out—but He didn't. Why? Because of one man: Noah! One obedient man saved the human race.

Think about that. What if Noah had said, "Well, this is just too much pressure for me. I can't live upright before God in the middle of this ungodly generation. I mean, everyone around me is living the other way. Every man around me imagines only evil in his heart. I can't make any difference in this dark world anyway. I'm just one man."

Praise God, Noah didn't say that. He didn't picture himself as an insignificant man whose life didn't matter. According to Hebrews, he saw himself as a man to whom God had spoken and by faith he obeyed God. And because of that he ended up being the only thing that stood between mankind and total destruction.

Next time you're tempted to shrug off the instructions of God and be disobedient, next time you catch yourself thinking, It doesn't matter what I do—remember Noah. Consider the fact that, whether you understand it or not, God is counting on you to carry out your part of His plan. Live like you're someone important in the kingdom of God. And sooner or later you'll realize, you are.

Her Father’s Zoo
Our Daily Bread

Spiritual Maturity
Dr. Charles Stanley
Follow Us
Grow Daily with Unlimited Content
Uninterrupted Ad-Free Experience
Watch a Christian or Family Movie Every Month for Free
Early and Exclusive Access to Christian Resources
Feel the Heart of Worship with Weekly Worship Radio
Become a Member
No Thanks