Remain Faithful to the Lord's Ways 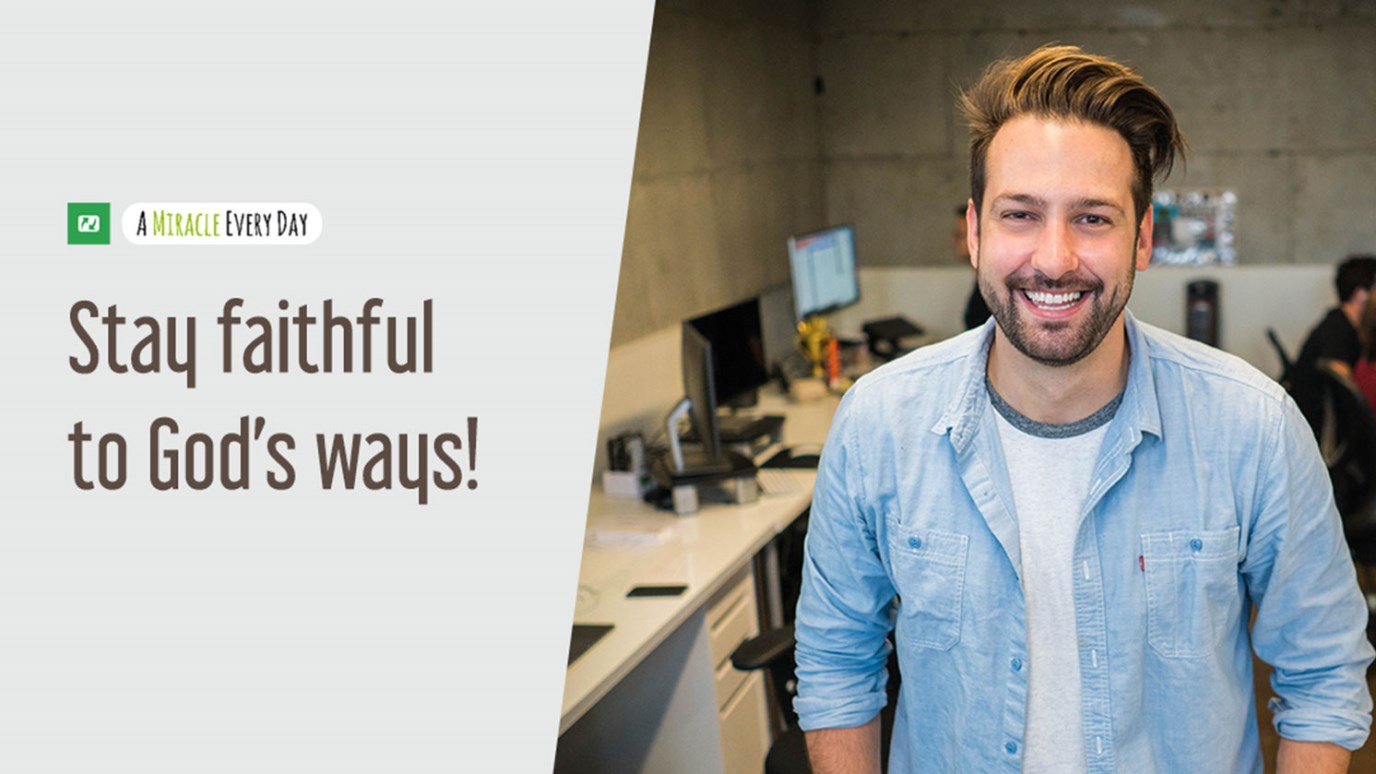 The most difficult circumstances of our lives sometimes serve to launch us into our destinies.

“Remain faithful to God ... He’ll take care of the rest!”

Getting a job isn’t always easy, and in fact, it can be very discouraging. There was a young woman who had sent out 300 job applications. And after finally getting a job as a receptionist, she was fired after only three weeks! Here’s what happened …

One day, in the manager’s office, she picked up the phone as usual. The caller asked to speak to someone who was right there in the room. The manager whispered to her, "Say that the person they’re trying to reach isn’t here." She answered, "I’m sorry, but I can’t lie." Despite the manager's insistence, the woman stood her ground and once again said that she couldn’t lie because it went against her convictions. The third time, the manager straight out ordered her, "Say that she isn’t here, or you’re fired!" When the woman again refused, the manager snatched the phone from her hands and fired the woman on the spot.

Before leaving the office, the woman gave a copy of the New Testament to each employee, explaining why she'd just lost her job. That evening, she went to church, grieved.

Except for this receptionist job, all of her other application letters had been denied. After she lost this job that she’d worked so hard to research and get, she felt like, once again, she was starting from scratch. But the next day, a company contacted her, saying, “The person we hired did not fit our purposes. You were the second person on our list. Would you like to come see us?" Quite unexpectedly, the company offered her 14 months of salary, six weeks of vacation, a beautiful Parisian workplace near the Parc Monceau, and a job that exactly fit her skills. In all, it was her dream job!

That position was a true gift from God. She could print flyers for the church from her workplace with her employer’s blessing. She was able to commit time to being a group leader in her church’s youth camps. There was not one moment she regretted getting fired from her previous job!

The most difficult circumstances of our lives sometimes serve to launch us into our destinies. God alone knows the future. Walk in integrity and stay faithful to His ways ... He’ll take care of the rest!