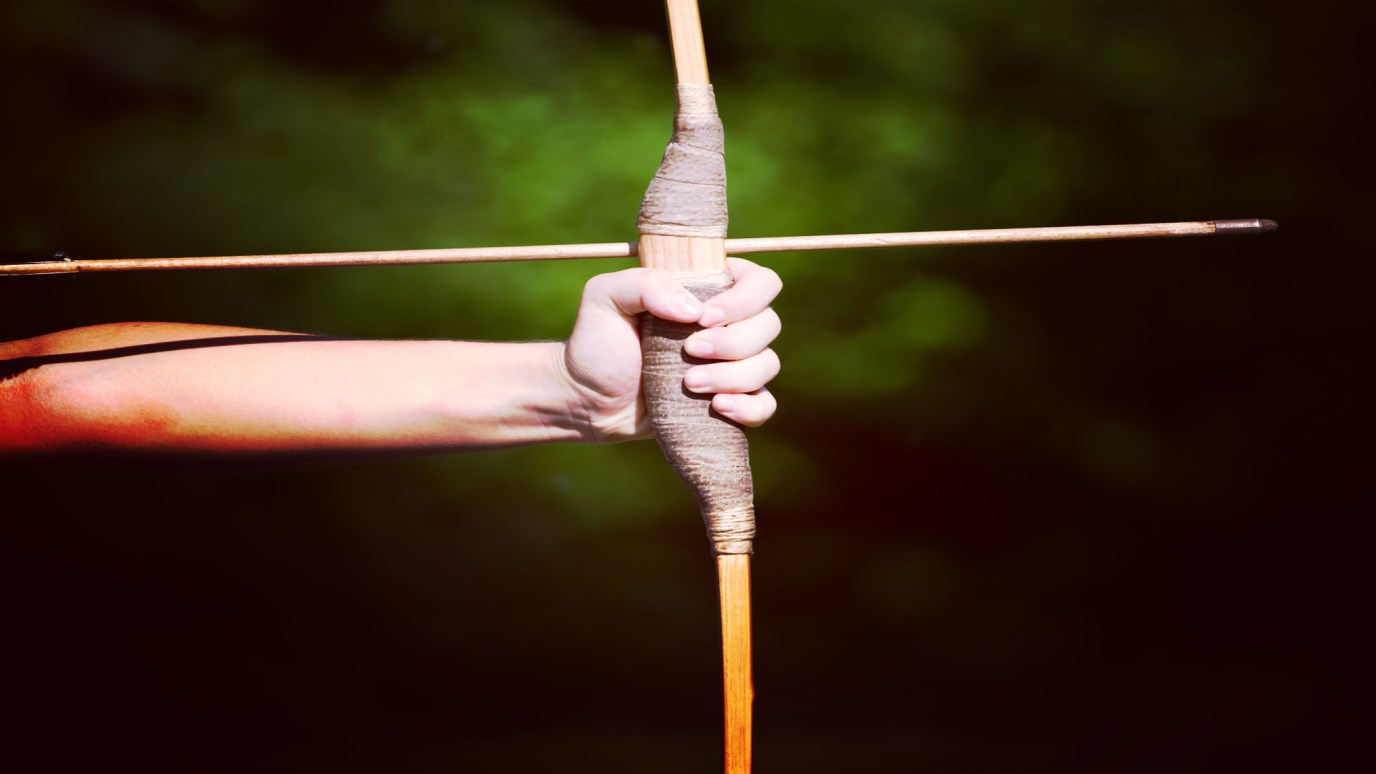 Every archer worth his salt will tell you there is pain in launching an arrow. The same is true of a parent releasing a child.

It has been said that a child is a parent's heart walking around outside his body. With that being the case, for nearly a year my heart was transplanted on foreign soil.

A few years ago, our son Benjamin came to Barbara and me and said he believed God was calling him to postpone his final year of college and go to Estonia as part of a Cru student team. Our first thought was, Where in the world is Estonia? A millisecond later the reality of his commitment flashed across our minds: A year? That's a long time! We were excited for Benjamin, but sad for us.

So on August 15, 1997, we gathered at the airport in Little Rock to pray over him and say goodbye. That tight family huddle had so many tears it turned into a family puddle.

In Psalm 127:4 children are compared to "arrows in the hand of warrior." Arrows are not designed to stay in the quiver. Arrows are created for flight. For God's target. For battle. And from the time you bring them home from the hospital, those little arrows must be shaped, sharpened, and honed for God's intended purpose.

Every archer worth his salt can tell you there is pain in launching an arrow. As the archer lets go, his left forearm can be painfully stung with the slap of the string. The same is true of a parent's heart. While the "arrow" is enjoying the flight he was made for, the heart of a parent feels the sting of the release.

Releasing is also scary. Will they fly straight? Will they be blown off course? Will they fall short of God's intended destination for their lives?

You'll never know if you don't release them. But they'll never grow up if you keep them safe in your quiver, away from the battlefield.

Visa problems forced Benjamin to return from Estonia in June, two months early, though that didn't diminish his adventure. But I'll let him tell you about that. Here is his brief description of his time in Estonia:

I remember that day when I looked around at the dull slab concrete buildings around me and marveled that I now lived with nearly 50,000 Estonians and Russians! I was looking at my new home. I affectionately called our housing project in Tallinn "The Ghetto," but it actually was one of the nicer places to live. (Close to 250,000 live in another housing project in Tallinn, the capital of Estonia!)

Though my surroundings were suddenly vastly different, my life and my mission remained the same as my previous three years at the University of Arkansas. I was following God and ministering to college students.

In Estonia, however, many hearts are spiritually dead. After centuries of domination by different nations, including the former USSR, they simply view God as another form of oppression.

Men are absent in churches across the nation. Many are addicted to pornography (which is openly sold everywhere) and alcoholism is also a common problem. The divorce rate exceeds 80 percent, the birth rate is so low that the population is declining, and the country has one of the highest suicide rates in the world.

The 1,000 pictures I took over the course of the year are a testament that it was not uneventful and boring! The highlight was the Baltic Student's Conference. About 180 students from four countries attended, and of those, at least 125 were non-Christians. We spent days tailoring the conference to make it friendly, yet bold, to non-believers. From "Mr. Bean" video skits and shooting potato guns on the beach, to hearing the gospel presented fully three times, we pulled it off. Four students from Estonia, for example, indicated decisions to follow Christ and are still walking with Him today.

The conference was also a highlight for me in part because I was the emcee. Never before had I stood in front of so many nationalities. Each word I spoke was translated into four other languages!

I grew up a lot during my time in Estonia. Yes, going to college was a big step for me, but this was a giant leap in terms of responsibility and spiritual growth. I found that I was learning more and growing more in my relationship with Christ than ever before.

Many of the lessons I had learned about Christ from Mom, Dad, church, and personal study were now forced into practice. Many things that I knew about God suddenly became real in a whole different way; intellectual knowledge became experiential reality.

For example, I could have told you that I fully believed that God was a big God and a God of the world. But until I had lived overseas, praying and worshipping with Russians and Estonians, I never fully realized what that meant. It was truly awesome and eye opening. God really blew away many of my stuffy, half-hearted ideas about Him and opened my eyes to the depth of the riches found in Him. What a discovery!

My year overseas was an experience unlike any other. I wouldn't trade it for the world and I'd do it again!

It's my hope that Benjamin's story will encourage you as you craft your children into arrows ready to be used by God. At some point, you will need to release your arrows and trust in God's plan for their lives, no matter where that plan takes them.

Recently I have been thinking that our greatest contribution to the cause of Christ may be through our children. They will be the messengers who carry the gospel to the next generation. May God's favor be upon you!

Praise the Lord! How blessed is the man who fears the Lord, who greatly delights in His commandments. His descendants will be mighty on earth; the generation of the upright will be blessed. (Psalm 112:1-2)

On Wings Like Eagles - A Family Devotional
Josh McDowell