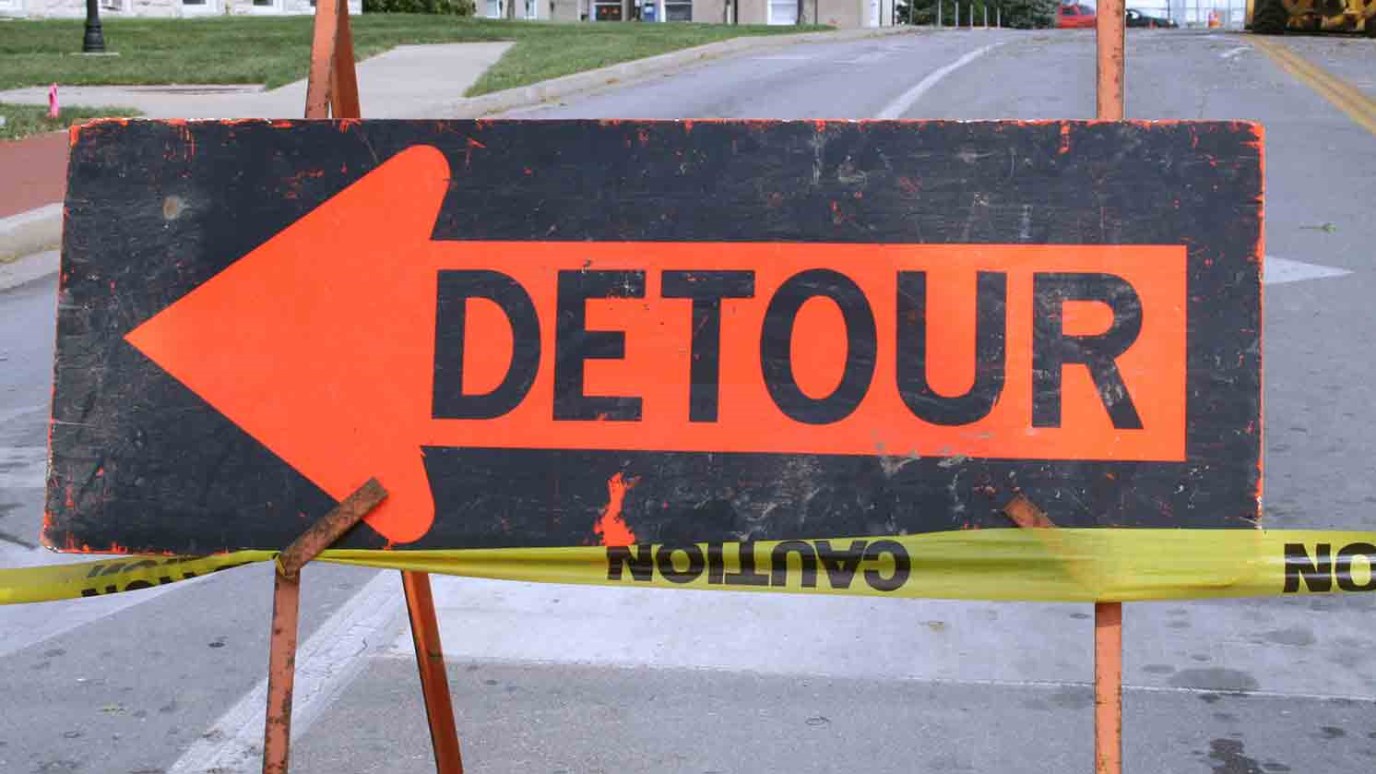 God is ever at work redirecting your steps, while the end—God alone—remains the same.

A special report on This American Life follows the lives of several people currently living what they unequivocally call “Plan B.” Host Ira Glass expounds his thoughts on an informal poll and a seemingly universal human reality. He asked a room of hundred people to think back to the beginning of adulthood when they were first formulating a plan for their lives. He called it Plan A, “the fate you were sure fate had in store.” He then asked those who were still following this plan to raise their hands. Only one person confessed she was still living Plan A; she was 23 years old.

It seems a trend among us: There is the thing we plan on doing with our lives, and then there’s the thing we end up doing, which becomes our life. Here, Christians often have a nuanced view of Plan A: it is God’s plan they are trying to follow. But there is still very much an initial picture of what this plan, and subsequently our lives, will—or should—look like. God’s best becomes something like a divine Plan A, while any other plan leads the follower to something else.

But akin to the statistics in the room with Mr. Glass, it is likely that the number of Christians who find themselves living the plan they first imagined are also few and far between. For some, this is seen as good news. Many discover along their carefully laid out plans that they are doing far more leading than being led, and God seems to mercifully redirect them. “Many are the plans in a human heart,” the proverb reads, “but it is the Lord’s purpose that prevails.” Others find the journey with God from Plan A to B to C to D an interesting part of the pilgrimage itself, maybe even the gift of following an unfathomable creator, a creator who we discover is far more creative than we! Yet there are still many others who walk away from Plan A thoroughly defeated. Regretful turns and drastic detours may now be behind us, but the deviation from the journey is writ large before us. We have failed at Plan A, the plan we believed divinely inspired; God’s best is now merely God’s backup. Wrestling with the guilt or disappointment of such a deviation can be found with or without the Christian spin.

When life turns out to be something you didn’t plan on, when missteps and unplanned detours loom with guilt, a life of alternative routes and broken roads seems certain. It is easy to wonder in despair what it means to have missed God’s best, and to believe that somehow God must now step back into the picture, disappointed, and find a secondary plan for your life. I find it equally despairing to encounter those who maintain they are living God’s Plan A and smugly insist it was their own virtue that accomplished it. How significant, then, are Christ’s words to his despairing disciples after an evening of mistakes, both to those of us who have ever felt the sting of falling off track and to those of us who want a pat on the back for getting it right. To these men who repeatedly failed to follow his instructions, Jesus simply said, “Rise, let us be going.”

A wise friend of mine says that following God is something like following the directions on a GPS system. At the beginning of the journey, the plan for arriving at the desired destination is before you. But when you accidentally turn left or are forced to take an unforeseen detour, the computer doesn’t scold you. It doesn’t force you to start over or announce that you can no longer make it to your final destination because you have ruined the route. In fact, it doesn’t even make you feel guilty. The end still in mind, it simply adjusts the plan from that point onward, as if the “wrong” turn was a part of the journey all along. The destination has not changed. Plan A may have switched to Plan B in your mind, but the outcome remains the goal, not self-invented praise for the journey.

Although Blaise Pascal was a mathematician who saw the created world as one of equations and precision, he saw the God who created this world as one who is innately personal, guiding, and accommodating. “[T]he God of the Christians is a God of love and consolation,” Pascal wrote in his Pensees, “a God who fills the soul and heart of those whom he possesses, a God who makes them inwardly aware of their wretchedness and his infinite mercy, who united himself with them in the depths of their soul…who makes them incapable of having any other end but him.“(1)

What if the God you followed is well aware that there are turns in life we can never undo, choices we cannot erase, and detours we were never expecting? Some of these turns God no doubt laments with us. But God is never deterred by our position. Plan B may be a phrase you use to punish yourself or others, but the God of Christianity is not any farther away in what you are calling Plan A than Plan A or C or D. In fact, God sees only one plan: “For I know the plans I have for you,” declares the LORD to a struggling people, “plans to prosper you and not to harm you, plans to give you hope and a future.” In this, God is ever at work redirecting your steps, while the end—God alone—remains the same. Despite broken roads and secondary paths, God is forever showing that the destination is unchanging, and in the end, “God’s best” comes into our lives not because of our own careful steps toward the divine but because of divine steps toward us. The God of the Christian is one whose plans are all-encompassing, whose arm is not too short to save, who goes the extra mile, and who takes every detour without mention, that even one will not remain lost.

The Currency of Courage
Rodney Sampson