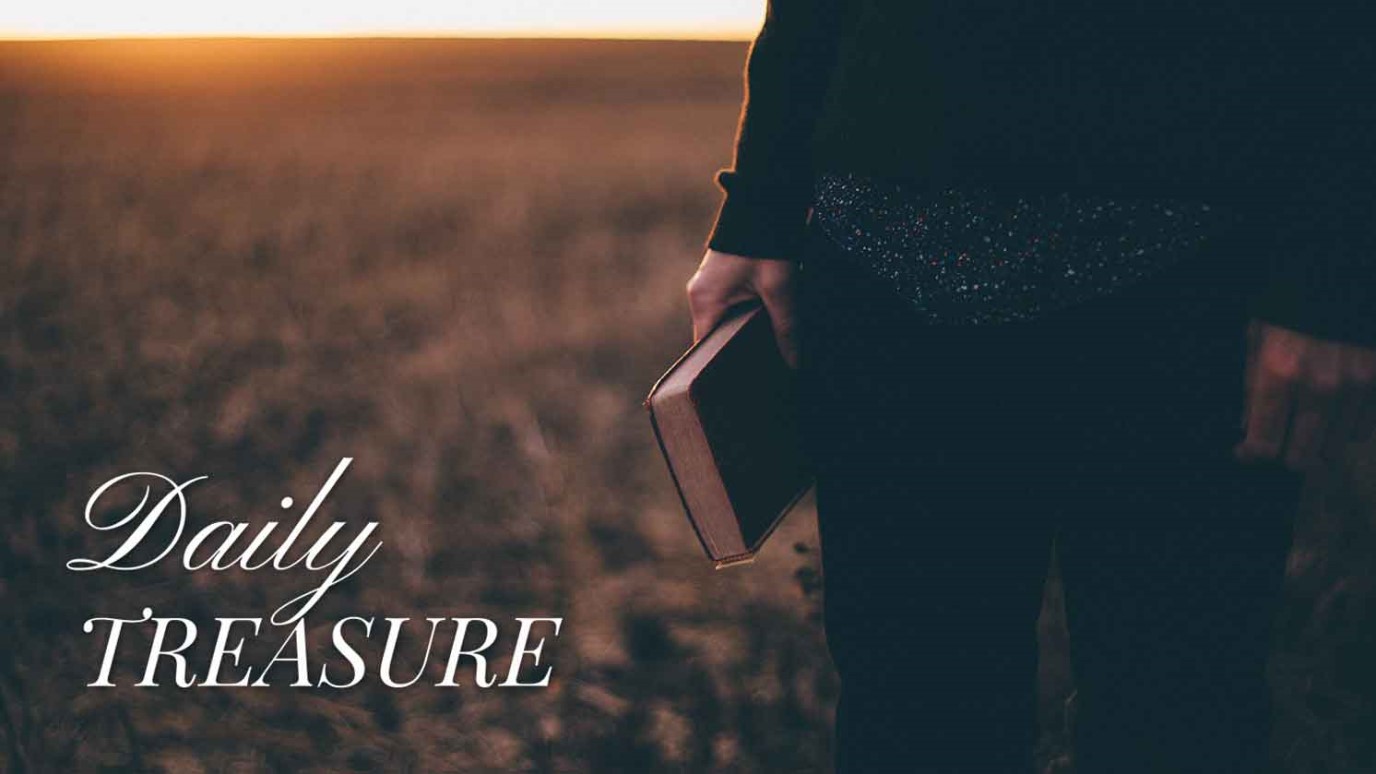 David did not trust God to satisfy his needs. He wanted more and more and more. There are grave consequences to his sin of rejecting God’s Word.

… Thus says the Lord, the God of Israel, “’I anointed you king over Israel, and I delivered you out of the hand of Saul. And I gave you your master’s house and your master’s wives into your arms and gave you the house of Israel and of Judah. And if this were too little, I would add to you as much more. Why have you despised the word of the Lord, to do what is evil in His sight? You have struck down Uriah the Hittite with the sword and have taken his wife to be your wife and have killed him with the sword of the Ammonites. Now, therefore, the sword shall never depart from your house, because you have despised Me and have taken the wife of Uriah the Hittite to be your wife.” Thus says the Lord, “‘Behold, I will raise up evil against you out of your own house. And I will take your wives before your eyes and give them to your neighbor, and he shall lie with your wives in the sight of this sun. For you did it secretly, but I will do this thing before all Israel and before the sun.’”  David said to Nathan, “I have sinned against the Lord.” And Nathan said to David, “The Lord also has put away your sin; you shall not die. Nevertheless, because by this deed you have utterly scorned the Lord, the child who is born to you shall die.”

Imagine that we have stopped for the night on our Journey to Christmas. We are exhausted from our preparations for Christmas and listening to Bathsheba’s story emotionally drains us of joy in our journey. Unresolved hurts and anger bubble up as her story reminds some of us of past betrayals. We’re not sure we want to hear more but Bathsheba assures us that there are treasures to be had.

After David succeeds in killing Bathsheba’s husband, Uriah, he marries Bathsheba and settles in to wait for the birth of their baby. David thinks he’s dodged a bullet but God sends Nathan the prophet to expose David’s sin. In one of the most dramatic moments imaginable, Nathan catches David off-guard and through brilliant storytelling, leads David to recognize that he is guilty of horrific sin before God. David repents and later writes Psalm 51 where he declares that “my sin is ever before me.” Today’s Treasure may not seem like a bright and shiny jewel that offers much encouragement to get us through the day, but look for the grace that God extends to David. The most profound sentence for me in this passage is “And if this were too little, I would add to you as much more.” What incredible grace God offers to David and ultimately to us. What an encouragement to me personally to choose obedience and worship, and to trust that my God will “supply all my needs according to His riches in Christ Jesus.”

David did not trust God to satisfy his needs. He wanted more and more and more. There are grave consequences to his sin of rejecting God’s Word. The people he loves will suffer enormous sorrow and conflict. Bathsheba’s little baby will die and David faces torturous losses because he “utterly scorned the Lord”. His rejection of God is on display in his murder of Uriah and the taking of Uriah’s wife as his own. God leaves no doubt as to the root cause of David’s sin: David despised the Word of the Lord.

This simple, dramatic and profound statement should stop us in our tracks if we are on that slippery slope of moving away from intimacy with Christ. If we are pursuing happiness or satisfaction by breaking God’s law, by intentionally choosing to rationalize sinful behavior, then please listen to God’s voice speaking condemnation to David. God shatters any irrational thoughts on David’s part that he deserved to have Bathsheba.

Nathan reassures David that because of his repentance he would not die, but there is collateral damage to sin, and David’s baby son would die. David would lose his child. How would he tell Bathsheba that her baby would die because of his sin? A scene of unimaginable pain and brokenness follows this confrontation:

Then Nathan went to his house. And the Lord afflicted the child that Uriah’s wife bore to David, and he became sick. David, therefore, sought God on behalf of the child. And David fasted and went in and lay all night on the ground. And the elders of his house stood beside him, to raise him from the ground, but he would not, nor did he eat with them. On the seventh day the child died. And the servants of David were afraid to tell him that the child was dead, and they said, “Behold while the child was yet alive, we spoke to him and he did not listen to us. How then can we say to him the child is dead? He may do himself some harm.” But when David saw that his servants were whispering together, David understood that the child was dead. And David said to his servants, “Is the child dead?” They said, “He is dead.”

Father, this is a sad and dark story yet Your redeeming love shines through. I pray today for those who are experiencing great sorrow because of choices they have made. I pray for repentance that brings Your redeeming love to their lives. I pray for myself, that when I remember my sin, I will also remember that the blood of Jesus covers it completely and I can depend on Your promised presence no matter how dark the day.

Set Apart by His Word
Chuck F. Betters
Follow Us
Grow Daily with Unlimited Content
Uninterrupted Ad-Free Experience
Watch a Christian or Family Movie Every Month for Free
Early and Exclusive Access to Christian Resources
Feel the Heart of Worship with Weekly Worship Radio
Become a Member
No Thanks