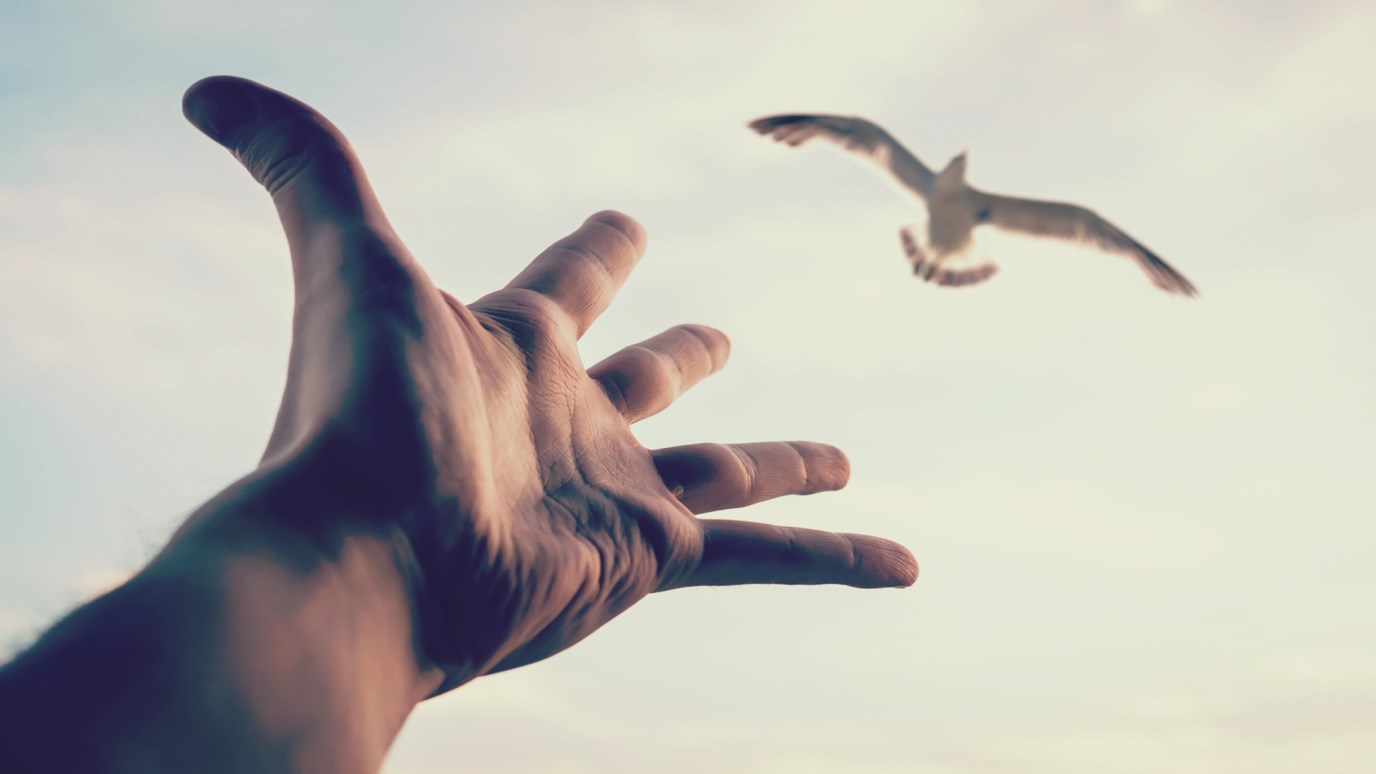 We are redeemed, bought back, by the blood of Jesus Christ.

To redeem means to buy back. We are redeemed, bought back, by the blood of Jesus Christ. Isn’t that thrilling? When God looks at you and me, He sees not our vanity, our sin, our hypocrisy or our shame, but His own Son’s righteousness! God sees me and says, “That’s Edwin. He’s 100% forgiven. He’s right with Me.”

Boston pastor A. O. Cronin was walking down the street when he saw a young man with an old, rusty bird cage. In it were a bunch of birds. “Sonny, where’d you get those birds?” Cronin asked. “I trapped them out in the field,” the boy said. “If you’d like to get rid of them,” Cronin said, “I’ll buy them back from you.” The boy wasn’t sure. “I don’t know,” he said. “I was going to take them and play with them for a while, then feed them to the cat. Besides, mister,” he said, “they’re just field larks. They can’t even sing.” The pastor persisted. “I’ll give you two dollars for the birds, and the cage.” The little guy said, “I’ll take it.” The pastor took the cage, opened the door, and set the birds free. The next Sunday morning, Cronin came to the pulpit with the empty bird cage and told the story of the birds he bought back, and the price he paid. “There’s only one problem,” he said. “The little boy didn’t tell me the truth about one thing. He said these birds couldn’t sing. But I want to tell you, when I opened the cage and let them go, I heard them singing, ‘Redeemed, redeemed, redeemed.’”

That’s our song, too. We’re redeemed by the word of the cross. Not by worldly wisdom, but by God’s word of revelation which is the cross of His Son Jesus Christ.

But by His doing you are in Christ Jesus, who became to us wisdom from God, and righteousness, and sanctification and redemption.

Why Faith in Yourself is Deadly
Pete Briscoe