Recovering Childhood in a Safe Space 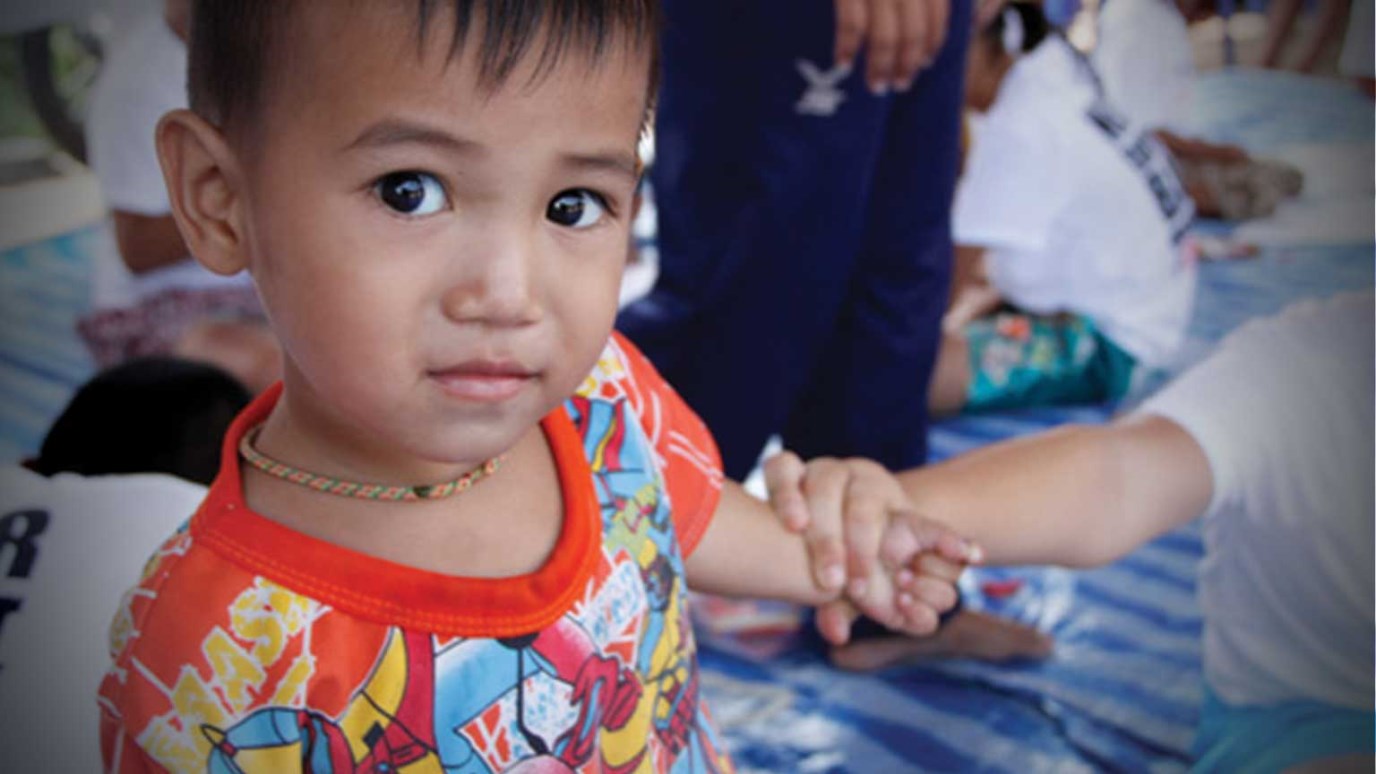 The World Vision Child-Friendly Spaces give children a place where they can learn, play, talk about their experiences -- and simply be kids again.

Chakkit, 6, came to the Child-Friendly Space dripping wet from swimming in the flood waters. He said, "I want to join and play games." Dry shirts were given to participants as most children came wearing wet clothes.

When Teerasak's home in Thailand flooded, his world was turned upside-down. Now, at a World Vision Child-Friendly Space, he and 40 other children have found a place where they can learn, play, talk about their experiences, and simply be kids again.

Teerasak transforms a blank piece of paper into a colorful canvas. The second-grade student is creating an unusual masterpiece -- drawing an upside-down boat that has three wheels, multi-colored clouds, and a smattering of raindrops. The drawing also shows his house, flipped upside-down, too, standing on its roof.

The drawings reflects exactly the situation Teerasak finds himself in.

This boy is one of the millions of Thais whose life has been flipped upside-down because of the mass flooding that has affected 3.7 million people across Thailand in recent months. He’s out of school as his community recovers, trying to make sense of the damage his family has sustained.

He describes his drawing and points to the boat. “It has three wheels because I want to get away from flood waters as fast as I can when it comes,” he explains.

The recent flooding affected Teerasak’s spirit. “I am stressed because the flood waters have gone into my home. Plants and flowers flowed into my house as the water became strong.”

World Vision was also worried about the psychological impact of the flooding on children. Many lost their homes and countless families faced new pressure after the flooding destroyed their crops just a month before it was ready to be harvested.

The center has been a relief for Teerasak and 40 other children attending this center in Sakeo province.

“My father heard from our village official that there will be a gathering for children here, so he sent me in,” Teerasak says. “I went with the other children to see what the fuss is all about. There were no classes in school after the flood so I am free for many days.”

Teerasak, who dreams of being a fisherman one day, says that the center was a place where he could have fun again. “We were able to let me play games and sing songs. I like Gai Yang Thook Pao (grilled chicken song) particularly, as we enjoyed the action as we sing.”

Nannapat adds that he was particularly encouraged to see children establish relationships with each another and with the staff.

“They were able to wake up from a bad nightmare and retain a sense of normal,” Nannapat says.

Child-Friendly Spaces are an integral part of many of World Vision's disaster relief responses around the world, providing emotional first aid for children through counseling and activities like art and music. When children's normal lives are shattered, feeling safe again is an important step in their recovery: to be in a secure place that they can trust will not be turned upside-down.

In Their Own Words
World Vision