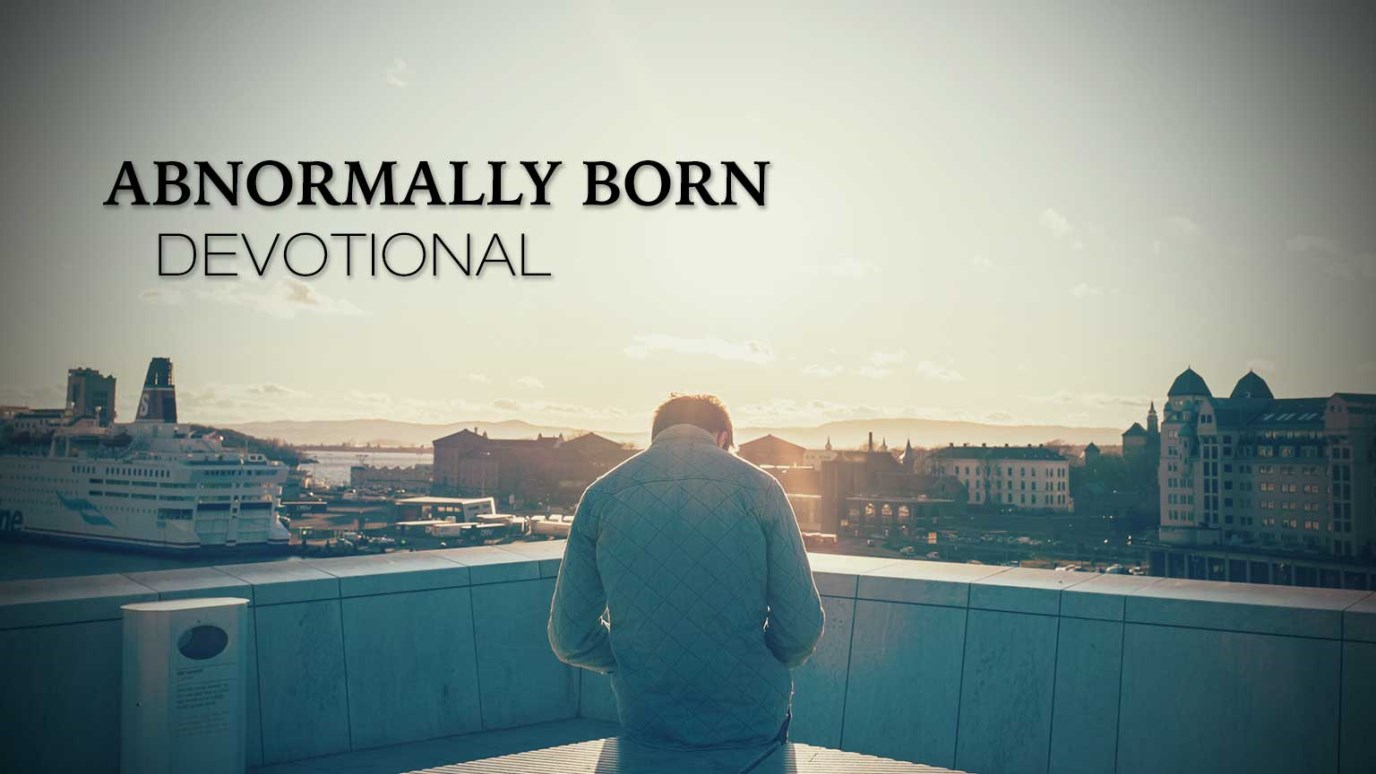 We need someone to reconcile us to God, to pay the debt and to fill the huge void that exists between us and a Holy God.

Our best day being holy or righteous or even just friendly is like God’s worst day ever. We need a savior. We need someone to reconcile us to God, to pay the debt and to fill the huge void that exists between us and a Holy God. Praise be to Jesus Christ.

Jesus talks about His relationship to His Father and how this reconciliation works: "I tell you the truth, whoever hears my word and believes him who sent me has eternal life and will not be condemned; he has crossed over from death to life. I tell you the truth, a time is coming and has now come when the dead will hear the voice of the Son of God and those who hear will live. For as the Father has life in himself, so he has granted the Son to have life in himself. And he has given him authority to judge because he is the Son of Man. (John 5:24-27)

This is interesting to me because looks at what Jesus says, “whoever hears my word and believes him who sent me.” He didn’t say, “whoever hears my word and believes me.” It bothers me when people tell me something then say, “I promise.” They shouldn’t have to say that they should be believable based upon the content of what they say alone, they shouldn’t have to add that little qualifier on the end. While people try to convince us of the truth of their words so that we will believe them, Jesus tries to convince us of the truth of His words so that we will believe the Father. This means that Jesus and His Father are in perfect agreement in what the truth is; that the Father and Jesus communicate constantly to make sure the words are as they should be (Jesus gave them this answer: "I tell you the truth, the Son can do nothing by himself; he can do only what he sees his Father doing, because whatever the Father does the Son also does. For the Father loves the Son and shows him all he does. John 5:19-20)

So what happens to those who hear Jesus’ word and believes God? They will have “eternal life and not be condemned; he has crossed over from death to life.” This is good news. Eternal life is one of those concepts I don’t really grasp completely. I mean, it’s like, forever. I’ve been in situations that have seemed like they have lasted forever; meetings, classes, sermons, all seem to have that supernatural ability to transcend time and to halt it completely such that clocks don’t move, people don’t age, and the talking never ends. Solomon, the writer of Ecclesiastes and blessed with great wisdom from God says, “I have seen the burden God has laid on men.  He has made everything beautiful in its time. He has also set eternity in the hearts of men; yet they cannot fathom what God has done from beginning to end. (3:10-11). While I am constrained by my inability to understand eternity that doesn’t stop God from giving it to me. And He doesn’t just give us eternity, eternity is going to happen anyway, but he gives us eternal life.  That must mean that there is eternal death. People ask about heaven and hell and I think this is the difference; heaven is life with God, hell is death with Satan.

I also tend to think about eternity starting after I die; like God is up in heaven with a stopwatch waiting for me to die so that He can start eternity. But eternity, my friend, has already started, so the life Christ talks about has already started. We have begun this new life as a new creation, as one born again. But don’t feel bad if you haven’t started this new life yet, the part you’ve missed is gone and you have forever to look forward to. Whatever forever means. Christ has given us the ability to choose where we are going to spend forever.  We each have a choice to make; we can either believe in that Jesus is the Son of God, be born of God and spend forever in life, or we can choose not to believe and spend forever in death. Forever is going to happen, where are you going to be?

Life to the Full
Pete Briscoe