Receive Peace in Your Heart 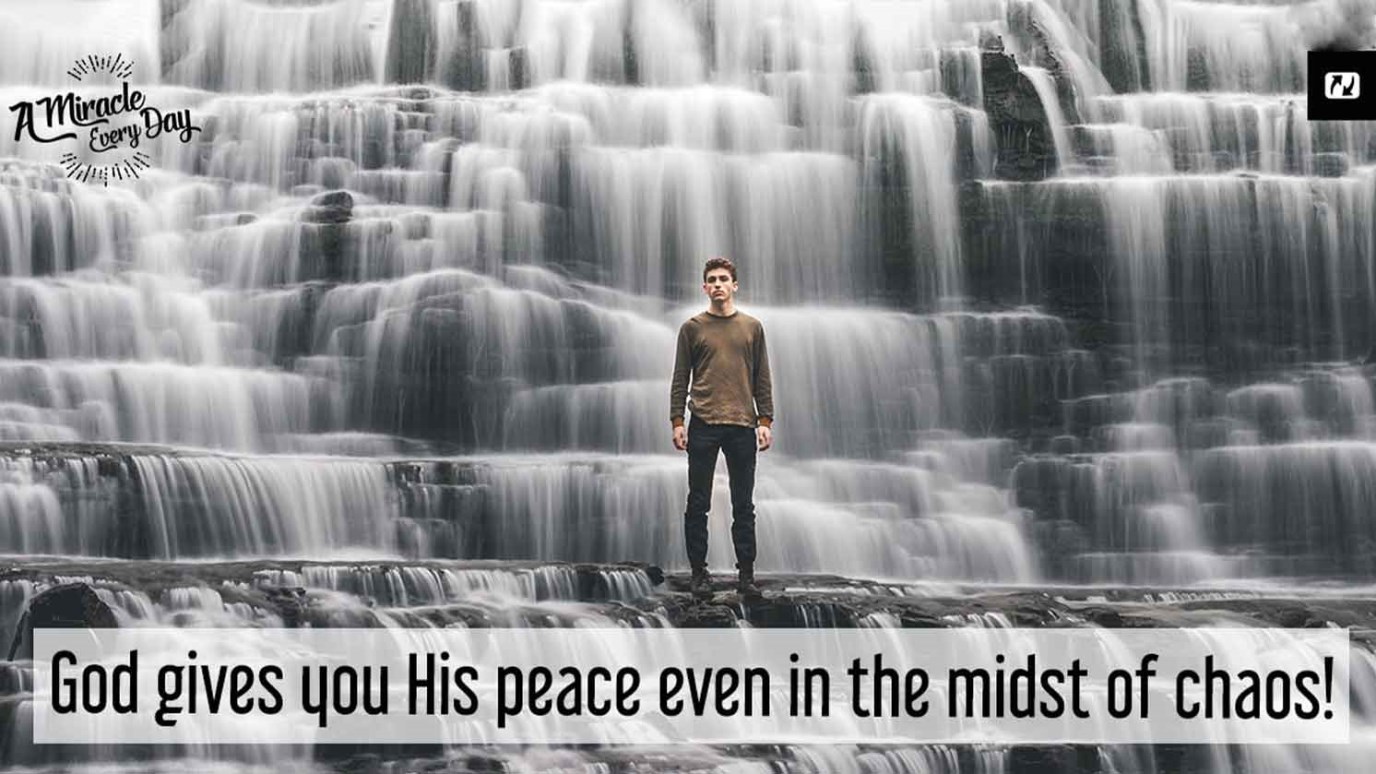 Your peace is complete when it’s fully dependent on God. He freely gives it to you even in the midst of chaos.

Today, we’re continuing our study on Jeremiah 29:11, discussing the subject of peace specifically.

The Bible says, “For I know the plans I have for you,” declares the Lord, “plans to prosper you and not to harm you, plans to give you hope and a future.” (see Jeremiah 29:11, NIV)

Another translation says, “ For I know the thoughts that I think toward you, says the Lord, thoughts of peace and not of evil, to give you a future and a hope.” (NKJV)

Here's a story that illustrates it more fully:

There once was a King who offered a prize to the artist who would paint the best picture of peace. Many artists tried. The King looked at all the pictures, but there were only two he really liked. He had to choose between them.

One picture was of a calm lake. The lake was a perfect mirror, for peaceful towering mountains were all around it. Overhead was a blue sky with fluffy white clouds. All who saw this picture thought that it was a perfect picture of peace.

The other picture had mountains, too. But these were rugged and bare. Above was an angry sky from which rain fell and in which lightning played. Down the side of the mountain tumbled a foaming waterfall. This did not look peaceful at all. But when the King looked, he saw behind the waterfall a tiny bush growing in a crack in the rock. In the bush, a mother bird had built her nest. There, in the midst of the rush of angry water, sat the mother bird on her nest in perfect peace.

Which picture do you think won the prize? The King chose the second picture.

"Because," explained the King, deeply touched, "peace does not mean to be in a place where there is no noise, trouble, or hard work. Peace means to be in the midst of all those things and still be calm in your heart. That is the real meaning of peace.'”

God wants the same for you. God is much more interested in changing your heart than your circumstances (even if He changes those as well).

Your peace is complete when it’s fully dependent on Him. He freely gives it to you even in the midst of chaos.

Here is what Jesus says to you today: “Peace I leave with you, My peace I give to you; not as the world gives do I give to you. Let not your heart be troubled, neither let it be afraid.” (see John 14:27)

Neither Do I Condemn You
K.P. Yohannan

Is It Wrong to Divorce or Remarry?
Kenneth Copeland

Our God of Mercy
Dr. Charles Stanley
Follow Us
Grow Daily with Unlimited Content
Uninterrupted Ad-Free Experience
Watch a Christian or Family Movie Every Month for Free
Early and Exclusive Access to Christian Resources
Feel the Heart of Worship with Weekly Worship Radio
Become a Member
No Thanks