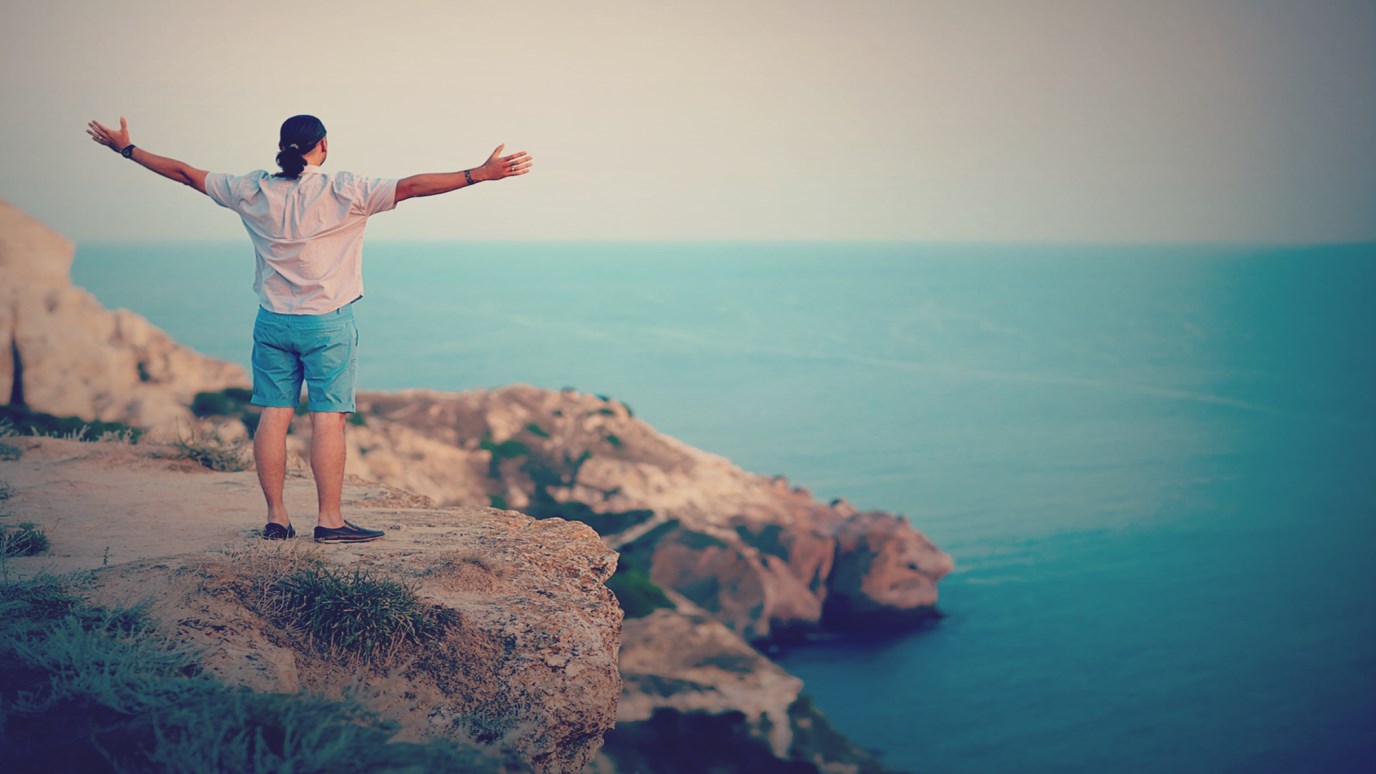 Os Hillman shares how things that are worth having must be received through obedience to God, not through our own striving and manipulation of outcomes.

A man can receive only what is given him from heaven (John 3:27).

“God never gave you that property,” said the man sitting across from me at lunch. I was in the midst of some major adversities in my business and personal life. “You will never see it,” he went on to say. I was taken back by such a bold and brass statement. Quite frankly, I was very offended. He continued, “You will not keep it. You acquired it out of sweat and toil, not from obedience.” I thought he was crazy.

After all, I had worked hard as an advertising agency owner. I had worked long hours. I gave ten percent of my income to my church. I led Bible studies. I was a model Christian businessman. Three years later I lost that property, and more. The idea of receiving only what God gives you was about as foreign a concept as me becoming a brain surgeon. The idea had never even entered my mind. I had never heard any sermon on the idea. Financial counselors never taught it. Surely this must be heresy! Years later this truth has become such an integral part of my life and my teaching, that I share it wherever I go through my ministry to workplace leaders.

I’ve since learned over these last ten years that each of us must discern what comes from the hand of God rather than our own natural ability. In our working lives, we can rely upon our own abilities and manipulate, sweat and toil our way to profit, or we can trust in God and perform our hard work in obedience to our calling. Knowing the difference between these two concepts is a sign of integrity before God and can only be discerned through intimacy with Him. God receives glory when we receive what He wants us to receive.

I discovered as I dug deep into this concept that Jesus knew what He was to receive. He had the power to have anything He wanted on Earth, yet He modeled this principle by receiving only what His Father wanted Him to receive. He did only what He saw the Father doing. God’s will for Jesus was to live in a family of common people rather than in a royal palace. Jesus was so sure of His Father’s will that He was able to refuse Satan’s tempting offer of fame, power and wealth. He understood the vocation He was to have, His standard of living, His spiritual inheritance and the death He was to encounter. He understood His freedoms and He understood self-imposed boundaries.

Jesus knew why He came to Earth and what He was to receive while on Earth. The people wanted to make Him an earthly king, but He knew that this was not why He came. “Jesus, knowing that they intended to come and make him king by force, withdrew again to a mountain by himself” (John 6:15). Jesus operated from a place that looked like weakness. However, in reality, when we allow God to choose for us and depend upon Him to give us what is best, we operate from a place of strength. This too, is a paradox few learn in this “self-made” society.

John the Baptist is an example of this. He was in the business of bringing sinners to the place of repentance by baptizing them and teaching them about the coming Messiah. Over time, he had developed quite a customer base of disciples. Yet when the promised Messiah showed up—the fulfillment of John’s business plan—true to form, his coworkers (or disciples) went to John to complain that the one he had testified about was stealing all of his customers. “Rabbi,” they said, “that man who was with you on the other side of the Jordan . . . well, he is baptizing, and everyone is going to him” (John 3:26). We might hear this typical response from even Christian entrepreneurs about their products and services. However, John’s response to his disciples is the first point of realization about receiving from God: “A man can receive only what is given him from heaven” (John 3:27).

John understood a very important concept. The things that are worth having must be received through obedience to God, not through our own striving and manipulation of outcomes.

The man or woman who does not perform well on the job is left behind in today’s competitive world. Not only is the standard in the world at large, but even many Christians promote the importance of identifying our strengths and encourage us to move in them to accomplish God’s will. Yet, throughout the Bible, we are discouraged from depending upon our own strengths. Instead, we are urged to rely totally upon the Lord.

This is a paradox. In Philippians 3:3, Paul tells us that we should not put our confidence in the flesh. Psalm 33:16-17 tells us not to put our confidence in things the world considers to be our protection, defense or strength. “No king is saved by the size of his army; no warrior escapes by his great strength. A horse is a vain hope for deliverance, despite all its great strength it cannot save.”

So, if we’re not supposed to look to the world or to ourselves, who or what are we supposed to depend on? Psalm 33:18-19 continues, “But the eyes of the Lord are on those who fear him, on those whose hope is in his unfailing love, to deliver them from death and keep them alive in famine.” This is echoed in Ephesians 6:10, where Paul states, “Finally, be strong in the Lord and in his mighty power.”

God wants us to depend upon Him, and He demonstrates this throughout Scripture. For example, in Judges 7, God wouldn’t let Gideon fight against another army until he reduced his own from 22,000 soldiers to a mere 300, so that Gideon could not boast about his army’s strength. In Joshua 6, God told Joshua to walk around Jericho seven times and blow trumpets instead of relying upon his mighty army to overpower his enemy. In 2 Samuel 24, God judged David when he counted his troops to determine the size of his army’s strength, apparently because David took the census out of pride or overconfidence in the strength of his army.

Finally, we find in Zech 4:6 this admonition: “So he said to me, ‘This is the word of the LORD to Zerubbabel: “Not by might nor by power, but by my Spirit,” says the LORD Almighty.’” When Moses was commanded by God to speak to the rock instead of striking the rock with his shepherd’s staff, which represented his life and calling as a shepherd, he still got water from the rock but it was at a great consequence—a failure to enter the Promised Land and receive his inheritance. What a tragedy for a life spent for the service of God.

Today, realize that you can receive something out of your natural skill at the expense of your own inheritance if not done through faith and obedience to the Lord. Ask the Lord how to receive what he desires you to receive through obedience to Him.