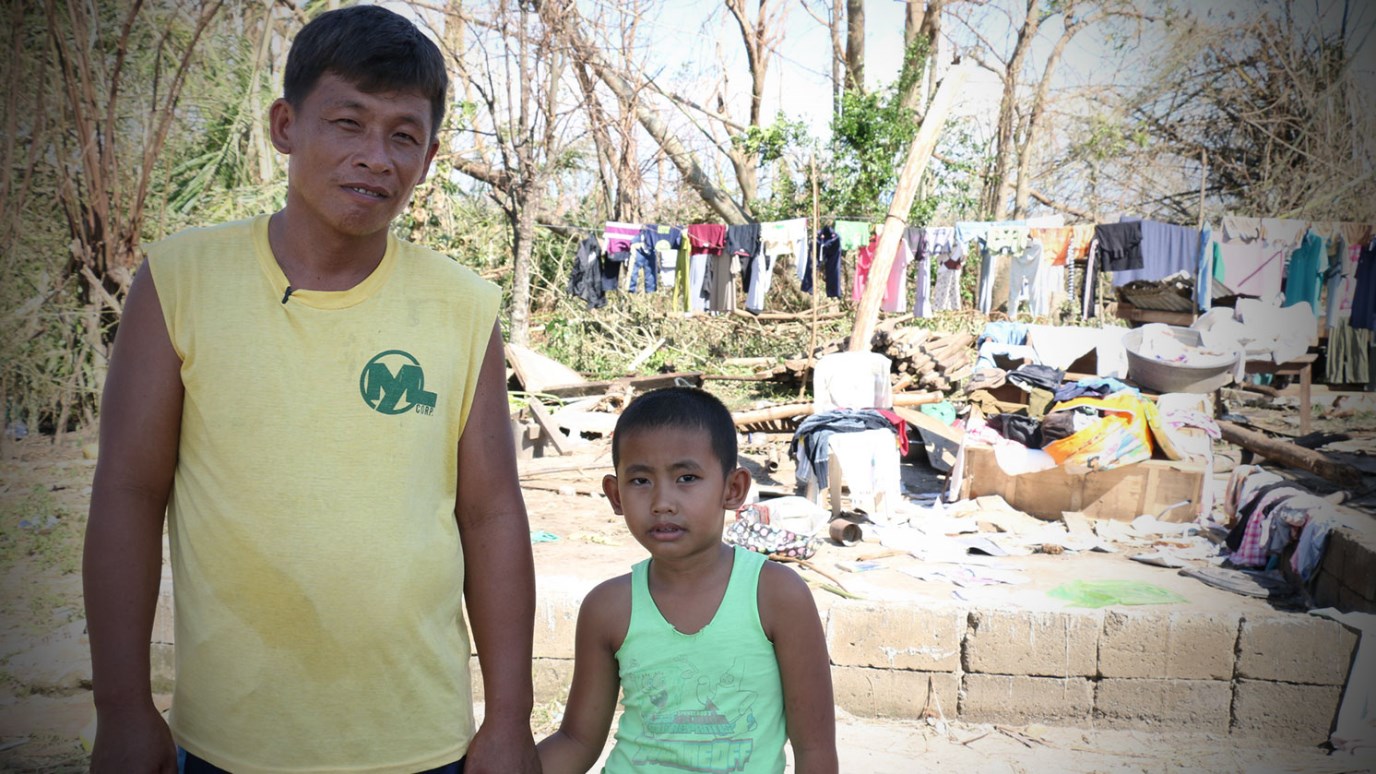 Jonas and Gian, his 7-year-old son, pick through the debris of their belongings after Typhoon Haima destroyed their home in the Philippines in October 2016.

As the storm approached, Jonas took his sons to his mother’s house, then returned home to look after the family’s belongings. By 9 p.m., strong winds were ripping off roofs, toppling trees and mangling houses.

By 10 p.m., his roof blown off, Jonas fled. “I rushed to my mother’s house thinking only of my children,” he says.

“Lawin (Philippine name for Typhoon Haima) is the worst I’ve experienced so far,” says 40-year-old farm laborer Jonas Pagcanlungan. “It was too strong. It could have blown me away if I didn’t get to safety.”

They made it through the night safely, but the next day brought a sobering realization: all was lost.

“I was speechless when I saw my totally damaged house,” Jonas says.

Then he looked at the rice field he was expecting to harvest within a month. It was destroyed.

Jonas had counted on making more than $300 dollars from his share of the rice. He had carefully budgeted for debts – he owes for farm and medical expenses – and for daily needs and his two children’s education. His wife, who works as a housekeeper in Manila, a 12-hour bus ride away, doesn’t make enough to cover the family’s expenses.

Jonas’s thoughts were spinning out of control. “Where will my children stay? How can I feed them? How can I pay our debts? Where is my harvest?”

“All I could do was sit down and try to calm myself,” he says.

Jonas’s worry is tempered by gratitude that his family survived, the knowledge that there is aid to tide them over, and the determination to build back soon.