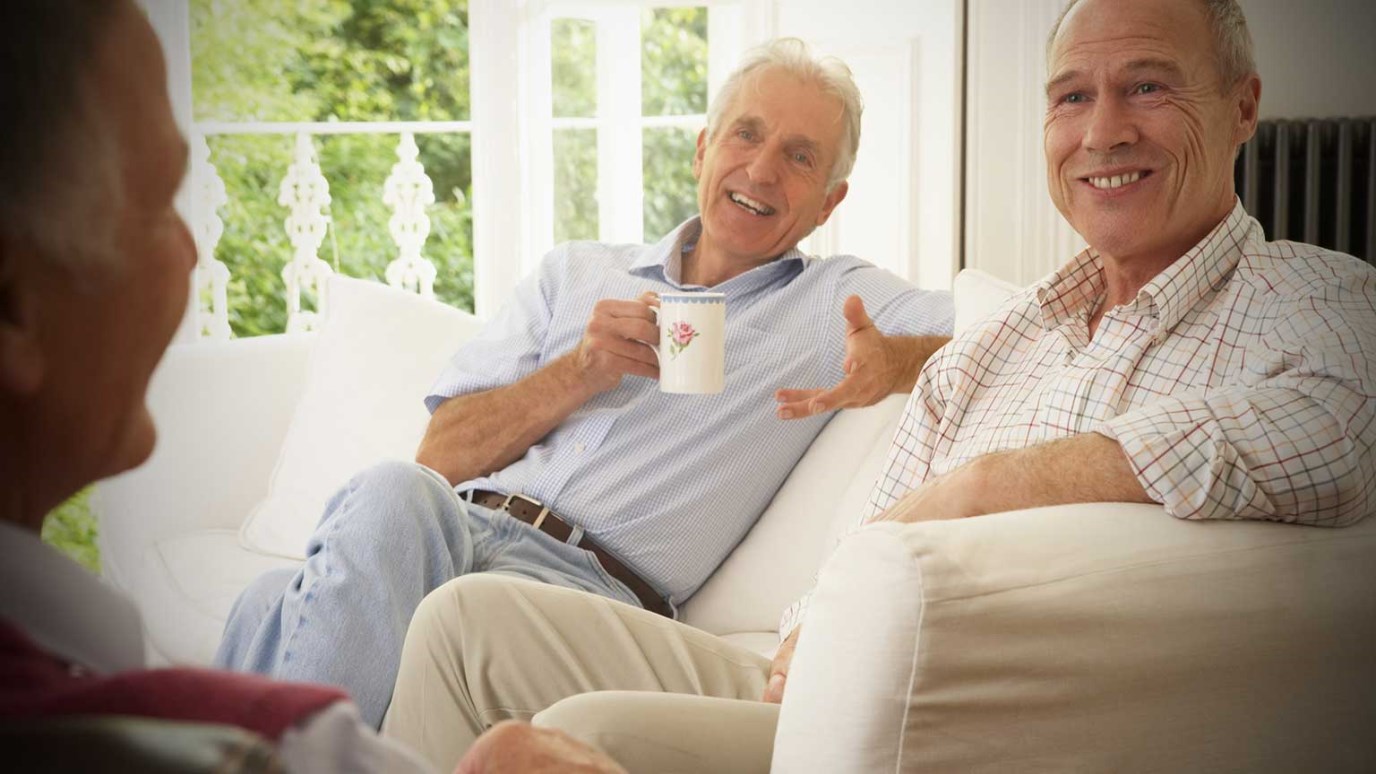 Fatherhood is challenging, and we can all use some affirmation and encouragement now and then. What are you doing to affirm other dads?

Maybe you saw the inspiring story involving a man out on a date for Valentine’s Day. His date for the evening was his six-year-old daughter.

Most of us have seen those situations in restaurants, especially in February. Often the daughter is in a pink dress, bows in her hair, and the dad is in a suit he probably wears once or twice a year. But it always looks like a great time. The dad is asking his daughter questions, investing that time, making her feel special.

I can only assume that was the situation with this story. But here’s what makes it even better: At one point, an older couple walked by and slipped a note on the table next to the dad, then kept walking.

Here’s what the note said:

Sorry to spy, but my husband and I saw you out with your little date and were so impressed with what a great dad you are.

From two adults who grew up without dads, it’s so important to have a male role model at a young age.

Keep up the good work, dad!

Dinner is on us!

Then, here’s what the dad wrote when he posted a photo of the note online:

As a single dad, I took my six year old daughter out to Valentine’s dinner tonight when this happened. I won’t lie, I teared up at the table. So, thank you random strangers. Thank you.

We need to hear about these kinds of “random affirmations of fatherhood” more often.

The only similar thing I can recall happening to me was at an oil change station many years ago. I was hanging out there with one of my kids, who was probably three or four years old at the time. I don’t remember it being a fantastic bonding time for us; most likely I was just trying to find ways to keep him occupied and somewhat content while we waited on our car. But in the middle of all that, an older gentleman walked up, handed me a couple dollars, and said, “Here, treat yourselves to some ice cream.”

He didn’t say anything about me as a father or what I was doing with my son, but the message was clear: dads spending time with their kids is a good thing, and is worth affirming. And although I didn’t get misty-eyed, I did gain a shot of motivation to make my kids a higher priority and give them more of my time, more of myself.

And since I have hijacked Carey’s Casey's blog (with permission), I’ll add that he’s a good example of this. Several times when I’ve been with Carey, I have seen him approach a dad who’s with his kids and say something like, “You’re doing a great thing by being a good father. Thank you for what you’re doing.”

If you’re a committed dad, you probably have a good grasp of the power of your role. Maybe, like the couple in the story, you also grew up without a dad, so you know how important dads are to shaping kids into healthy, responsible adults. Or maybe you had a great dad and you’re trying to carry on that legacy.

At the National Center for Fathering we hear from a lot of dads in desperate situations who feel like giving up. And even guys we might think of as “everyday dads”—including all of us here—go through difficulties and get discouraged. Fatherhood is challenging, and we can all use some affirmation and encouragement now and then.

I hope you see yourself as an advocate for fatherhood, and encourage dads wherever you go. Look for dads who are making those simple, positive investments in their kids’ lives, and find a way to affirm them. Speak words of admiration and blessing. Pay for a meal or a round of mini golf. Do something memorable that says, loud and clear, “Keep up the good work, dad!”

You don’t have to wait until you’re older, and it doesn’t have to involve paying for an expensive meal… although that can definitely be a powerful and memorable gesture.

A little affirmation goes a long way, and there are lots of dads out there who need it.

When have you seen or experienced something similar? What are you doing to affirm other dads?

• Brainstorm with your kids about “random acts of kindness” you can pull off together.

• Think of a skill, a truth, or a resource that has been useful in your fathering journey and pass it along to another dad you know.

Parenting: Choices
FamilyLife Blended
Follow Us
Grow Daily with Unlimited Content
Uninterrupted Ad-Free Experience
Watch a Christian or Family Movie Every Month for Free
Early and Exclusive Access to Christian Resources
Feel the Heart of Worship with Weekly Worship Radio
Become a Member
No Thanks