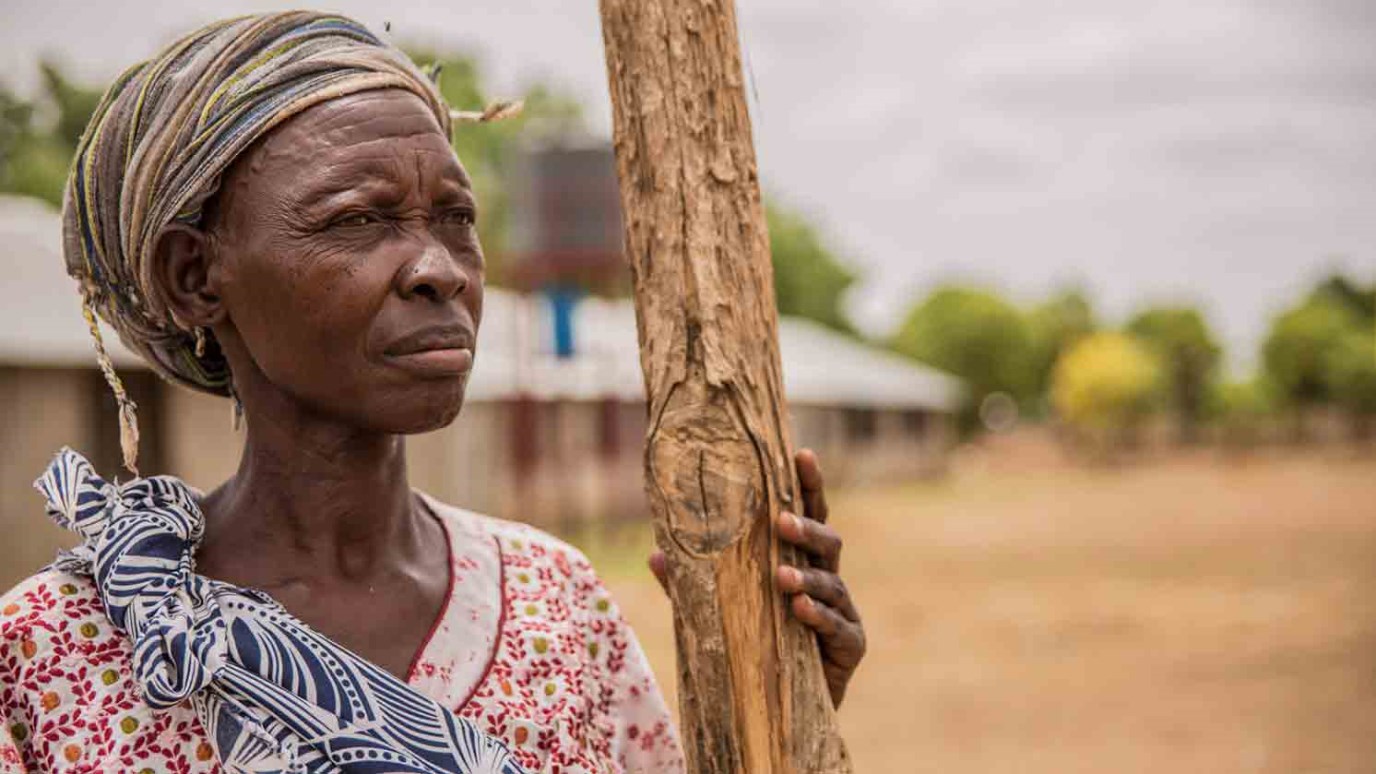 Susanna’s children had already grown up and left the home when the mother of three was suddenly left with raising another three babies. After an attack on her village that left both her daughter and son-in-law dead, Susanne found herself alone with her three grandchildren.

"There were guns everywhere and while my grandchildren and I hid in the house, the rest of my family was killed," she recalls. "I ran away the following day with the children, knowing that it would be better for us to find refuge in the capital."

Today, Susanna lives in a small house in the outskirts of Juba, raising two kindergarten-aged children and an elementary school boy. "The children don't quite know what happened to their parents, but I don't want to tell them either," she explains.

Until recently, Susanna's only income from collecting and selling firewood--a common practice in South Sudan. One morning, on her way to the market she came across several of her neighbors heading to a World Vision training center.

"They encouraged me to join and see if I could register and participate, too," she says. "I hadn't seen anything like it when I first joined: over a hundred women had come together to share experiences and learn new skills."

Three months later, Susanna attends the weekly educational lessons and is a registered member of the cash for training program, where she received a monthly allowance to purchase food for her family and invest in a business.

"I've already made a lot of changes in our lives," she explains. "I keep our hut and latrine clean and make sure food is prepared hygienically. I'm also learning how to set up a business and how to spend money responsibly."

Sitting in front of her hut with Moses and Tony, her two younger grandchildren, she is glad for the help she's receiving. "Life has been hard and I never saw it turning out this way," she says, staring out to the unpaved road in front of her small house. "I don't know what we'd be doing without World Vision's help."

Her oldest, Sepit, is still at school. He started attending soon after Susanna joined the training group, and, according to her, is one of the grandmother's biggest accomplishments.

"I've always had many plans for my children, but I am now confident that they can actually come true," she says. "I want to see them in good health, receiving a good education. I want their eyes to be opened. If they are educated, they can see far, and they can bring change to our country."