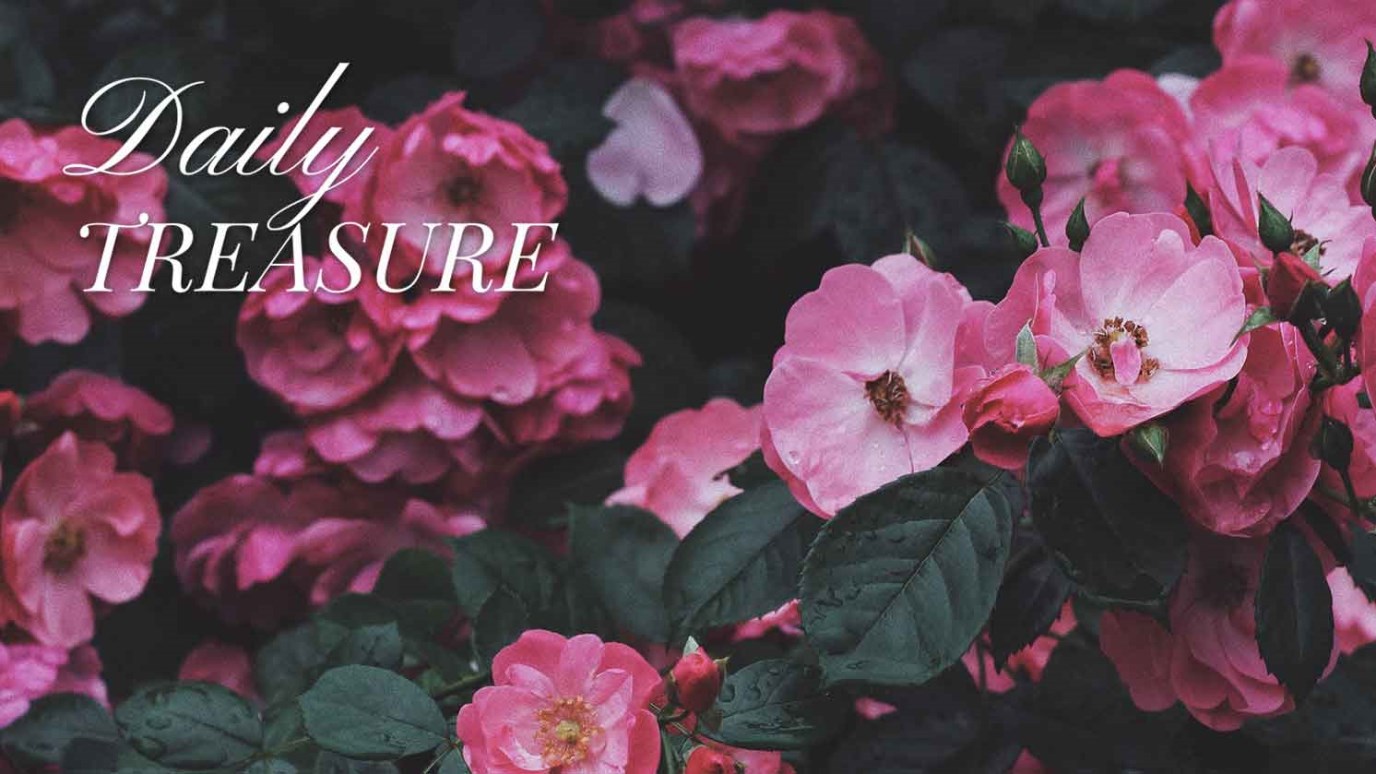 Of all the people God could choose to “save” the Israelites in the Battle of Jericho, He chose Rahab the Harlot! Her past did not make her ineligible and neither does yours.

Therefore, if anyone is in Christ, he is a new creation. The old has passed away; Behold, the new has come.

What makes a conversation unforgettable? I can't remember what I did last week but this morning, a conversation I had as a twenty-three-year-old pastor's wife over forty years ago, came to mind. A woman older than I who did not attend our church had taken me under her wing. One day when she was introducing me to the best place in Philadelphia to buy fresh baked bread I said, "You are such a kind, gentle, peaceful woman. I love spending time with you."

My new friend's response to my genuine encouragement confused me. She paused and spoke quietly, "Still waters run deep. Just because I appear peaceful don't conclude that my actual life is peaceful." When I asked her to explain, she gently refused and changed the subject. Rather than feeling rebuked by her words, I felt taught. As the old saying goes, her words reminded me that you can't tell a book by its cover.

Everyone has a multi-layered story, even those whose stories jump off the pages of Scripture. God holds nothing back in the record of His people. We quickly learn that God’s specialty is redeeming shattered, broken and sinful people. Throughout the Old Testament we often see that people don’t know how messed up they are until God moves into their hearts. Rahab was like that. She appears to be a successful businesswoman, respected and trusted by her community, but through the stories of God’s relationship to His people, something starts stirring in Rahab’s heart. She is no longer content with her life. Something is missing. That something is God.

You don't have to wonder about Rahab’s life story.  There are no hidden still waters running deep. Read her story in Joshua 2 and meet “a prostitute named Rahab”. No secrets here! In preparation for battle, Joshua sent two spies into Jericho. We can only speculate as to why God’s men ended up at a brothel, Rahab's house. In God's sovereign plan, Rahab was ready to help them.  A short devotional cannot give justice to Rahab, but remember that the Bible tells us that Rahab had heard the stories of God's faithfulness to the Israelites and she "believed.”  Rahab not only believed but she acted, at great risk to herself and her family. Of all the people God could choose to “save” the Israelites in the Battle of Jericho, He chose Rahab the Harlot! Her past did not make her ineligible for Kingdom life and work, and neither does yours.

Review Today’s Treasure and note the promise that everyone who is in Christ is a “new creation”. Shouldn’t Rahab’s faith in God remove the stigma of her identity as a “harlot”? Why do the Scriptures continue to describe her as a harlot in James 2 and Hebrews 11, often called the Hall of Faith? I have often wondered if Rahab herself insisted on using the title, Rahab the Harlot as her "15-second elevator message" way of declaring God's story in her life:

Once I was a harlot. Now because of my faithful God's love, I am a princess!

Amazing grace! How sweet the sound! What is your fifteen second elevator message of that grace? The old has passed away! Behold, the new has come!

Lord Jesus, we’re getting closer to Bethlehem on our journey to Christmas. Open our eyes and heart to the sweet assurance that when we belong to You, there is no shame great enough to keep Your love from us. Show me how to let go of shame and recognize that You can bring beauty from the ashes of my life, just as You did for Rahab.