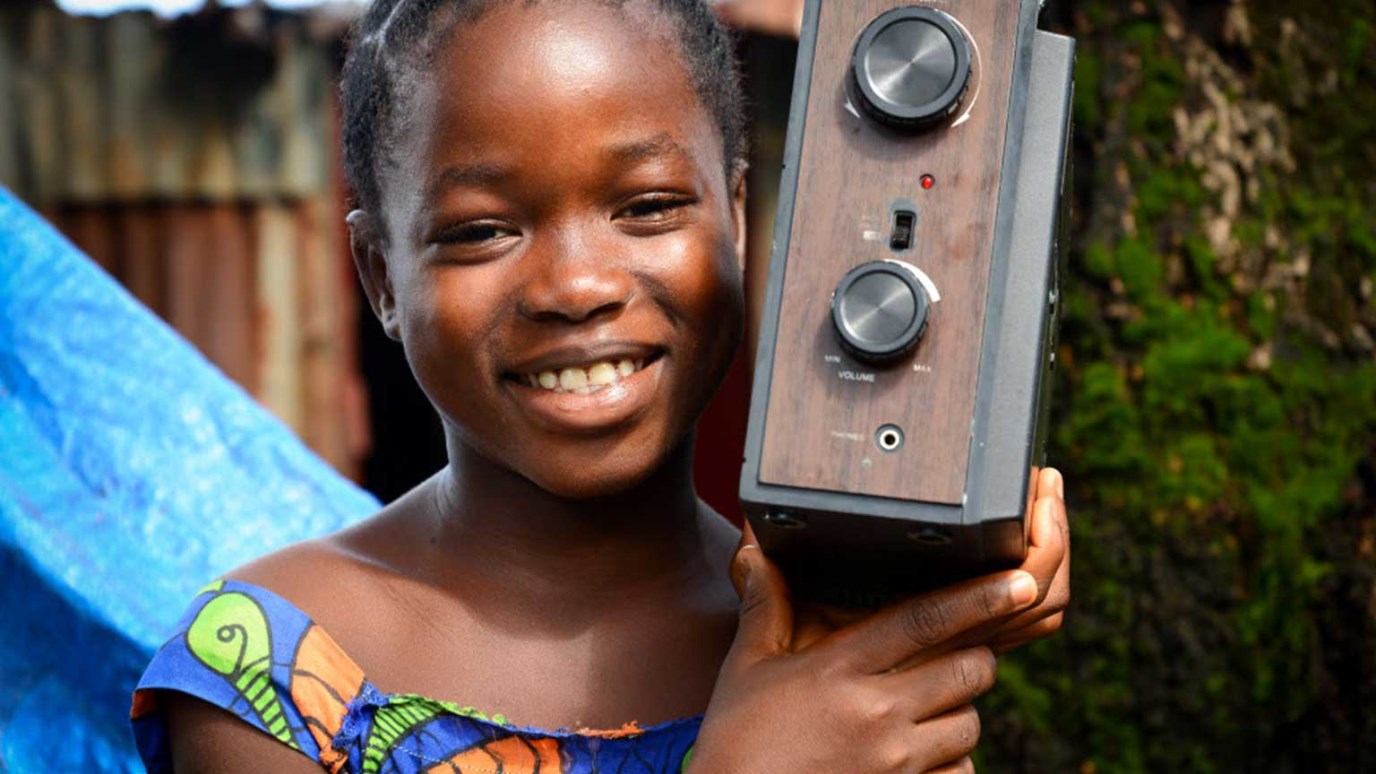 With the Ebola epidemic in Africa, World Vision has helped schools set up educational radio programming for many communities so that children can be safe and continue to learn.

Twelve-year-old Rugi listens to classes on the radio. Her school in Sierra Leone is closed because of Ebola.

With schools closed because of the threat of Ebola, “the radio teaching program is a blessing to our children, so we will take every advantage of it,” says Baby Kamara, Rugi’s mother.

“Ebola has made me stop going to school,” says Rugi, “and also my mother don’t sell [food in the market] anymore, and my father don’t go to work.” Rugi’s father worked at a water taxi service that shut down for lack of business after the Ebola outbreak.

For Rugi, the radio is a lifeline.

Sitting under the mango tree in front of her family’s home, Rugi tunes the radio carefully until she hears, “Good day, boys and girls, how are you? Today’s lesson is on addition. …”

When the reception falters, she lifts the radio close to her ear. “I don’t want to miss anything,” she says.

When the class is over, Rugi writes her assignment, and her mother removes the battery to save it — it previously died during math lessons.

“Despite Ebola, … I am still learning,” Rugi says.

The program has two shifts: primary lessons in the morning and secondary subjects in the afternoon. At the end of each session, pupils are given an assignment to prepare.

Sierra Leone has a population close to 6 million people, and nearly half are under the age of 18. Completing school can be difficult for children, even when a crisis hasn’t affected learning. About 73 percent of boys and 76 percent of girls participate in primary school, but by secondary school the participation rate drops to 33 percent for girls and 40 percent for boys.