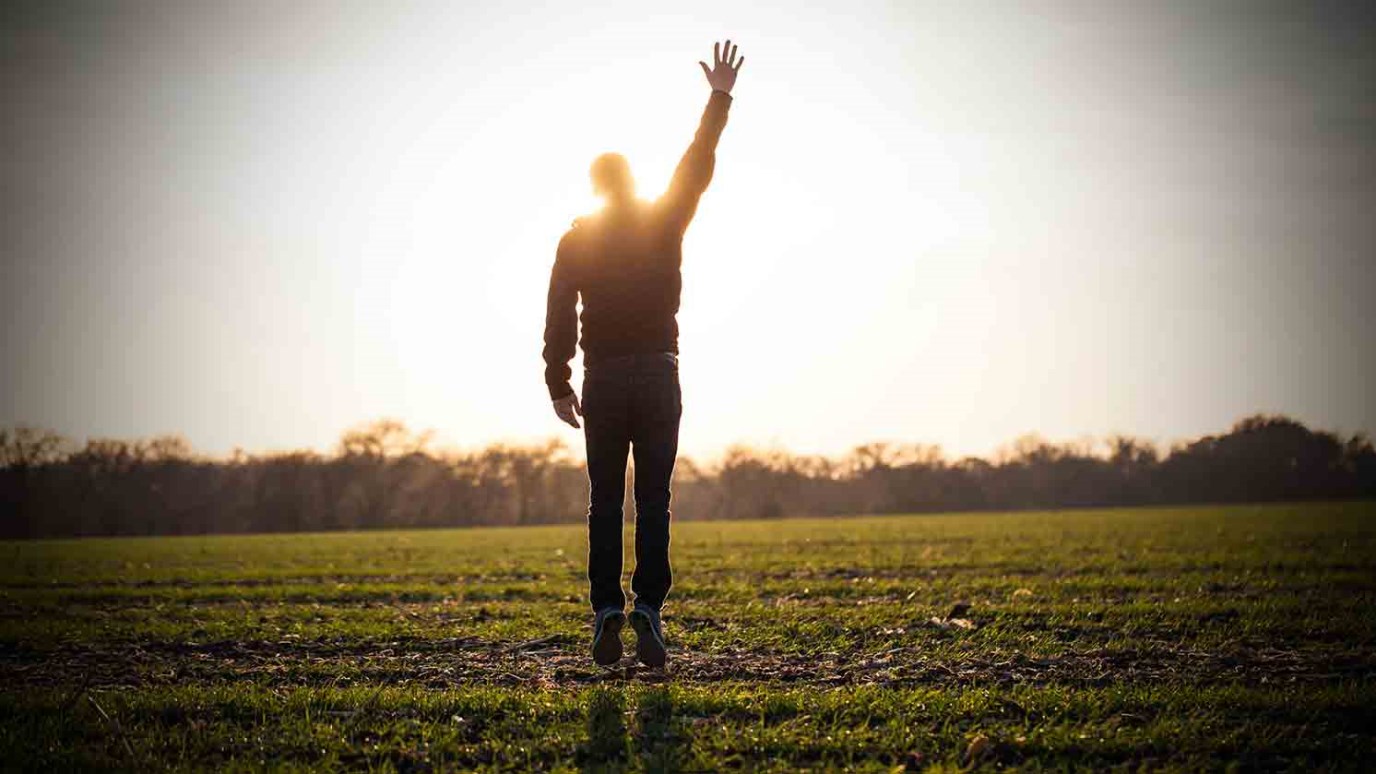 Jesus approves of you! You will find security when you receive your worth from Him.

Colossians 1:11–14 May you be strengthened with all power, according to his glorious might, for all endurance and patience with joy, giving thanks to the Father, WHO HAS QUALIFIED YOU to share in the inheritance of the saints in light. He has delivered us from the domain of darkness and transferred us to the kingdom of his beloved Son, in whom we have redemption, the forgiveness of sins.

Have you ever been really angry with yourself?

I grew up in a soccer-loving family. It was a huge deal to us. When I was about seven years old, I would routinely watch my two older siblings play in their practices and games. When it came time for me to play in my U-7 league, I tried to play exactly like they did. Apparently, slide tackling was a little too intense for the other 7 year-olds. I remember getting into trouble for sweeping a kid off his feet, mostly because of how much he cried. But, my Dad shot me that “Atta boy!” look, so I remember feeling pretty good about the whole ordeal anyway.

Years later, I tried to compete at the high school level. Frankly, even though I wasn’t a terrible player, I wasn’t all that impressive on the field. When I played a bad game, I would get so angry with myself. I remember storming off toward the car, squinting my eyes in frustration, and ignoring the reassuring words of my parents. I can still feel the shame that would crawl up my chest. Sometimes I would sulk for days. I think it affected me so much because I wanted so badly to be a good player. More than that, I wanted to matter. I still do.

Years ago, Donald Miller wrote in one of his books about something he called the “lifeboat theory.” It goes something like this: Imagine that we’re on a boat, and it begins to sink. But, of course, there’s a problem. We don’t have enough lifeboats. So how do we decide who gets to be on one? How do we decide who is qualified to be on the lifeboat? According to the theory, we all live our lives to prove that we are worth being rescued. We want to prove that we are valuable enough to have a spot on the lifeboat. None of us want to get thrown to the choppy seas of worthlessness.

Some of you are proficient at sports. Maybe soccer is “your thing,” and if that gets challenged, you’re going to get angry quick.

Some of you are attractive. You wouldn’t say it out loud, but you know you turn heads.

Some of you are brilliant. Your report card is always filled with A’s.

Some of you are funny. Making people laugh is the one thing that dominates your thinking, that fuels your sub-conscious decisions, that dictates how you act.

Being a good person.

We all have our thing, and the list goes on and on.

None of these things are inherently wrong. The problem is, we all try to hold them high, for everyone to see, like a ticket on the lifeboat. We all long for a ticket to prove to everyone, including ourselves, that we are valuable.

I think the reason that we all try so desperately to prove that we matter, that we have value, and that we qualify, is because we all sense so deeply that we don’t. We’ve all lived a life that makes us unlovable to one degree or another. If someone displayed everything we’ve ever said, thought, felt, and done, particularly in secret, would anyone stick by our side? Exposure is scary because it shines a light on everything that might threaten our spot on the lifeboat. At the bottom of it all, we’ve all disqualified ourselves from being one of God’s kids, because we’ve all chosen to live like the Devil’s our dad instead.

And yet, God sees every bit of you. The complete volume of your words, thoughts, feelings, and actions is laid open before him. While all your ugliness was bare before his eyes, he still came to adopt you. Jesus came to earth. As the God-man, he was the only person who ever lived in such a way that made him completely valuable, worthy, and loved. If we exposed the life of Jesus, there wouldn’t be any skeletons buried in his closet. Nothing to be ashamed of. Nothing could disqualify him. Jesus qualified to be called God’s Son, because he loved God, and his every neighbor, perfectly.

At the end of his life, filled with compassion for you, Jesus stumbled up to the hill where he would be murdered, completely innocent, but treated like the filthiest scum on earth. Even knowing that you and I would be wrapped up in our exhausting and vain attempts to earn a spot on the lifeboat, God planned something completely unexpected. Jesus came to take the punishment from God the Father that we deserved for our sin— the sin that disqualified every one of us. In exchange, when he came back to life three days later, Jesus secured for us his perfect record.

He gave us his perfect qualifications.

He earned our value.

He secured God’s love for us forever.

Jesus wants us to stop fighting to get a ticket on the lifeboat. In fact, he wants us to tear up our ticket. Jesus pulled back the curtain on the whole show so that we could see there really isn’t a lifeboat at all. The whole game is a fraud. We will only find the security of knowing that we matter from hearing the approving words of a Dad who loves us.

Only a Father’s irreversible stamp of approval will soothe our gnawing drive to prove.

That stamp is ours when God saves us, when he gives us a desire to obey the gospel, and believe that Jesus was exactly who he claimed to be.

Bruce Van Horn: The One Key to Running the Race Well
The Halftime Institute

Richness of Having vs. Richness of Being
John Ortberg
What I Wish I Would've Known Yesterday
Emily Manke
Follow Us
Grow Daily with Unlimited Content
Uninterrupted Ad-Free Experience
Watch a Christian or Family Movie Every Month for Free
Early and Exclusive Access to Christian Resources
Feel the Heart of Worship with Weekly Worship Radio
Become a Member
No Thanks