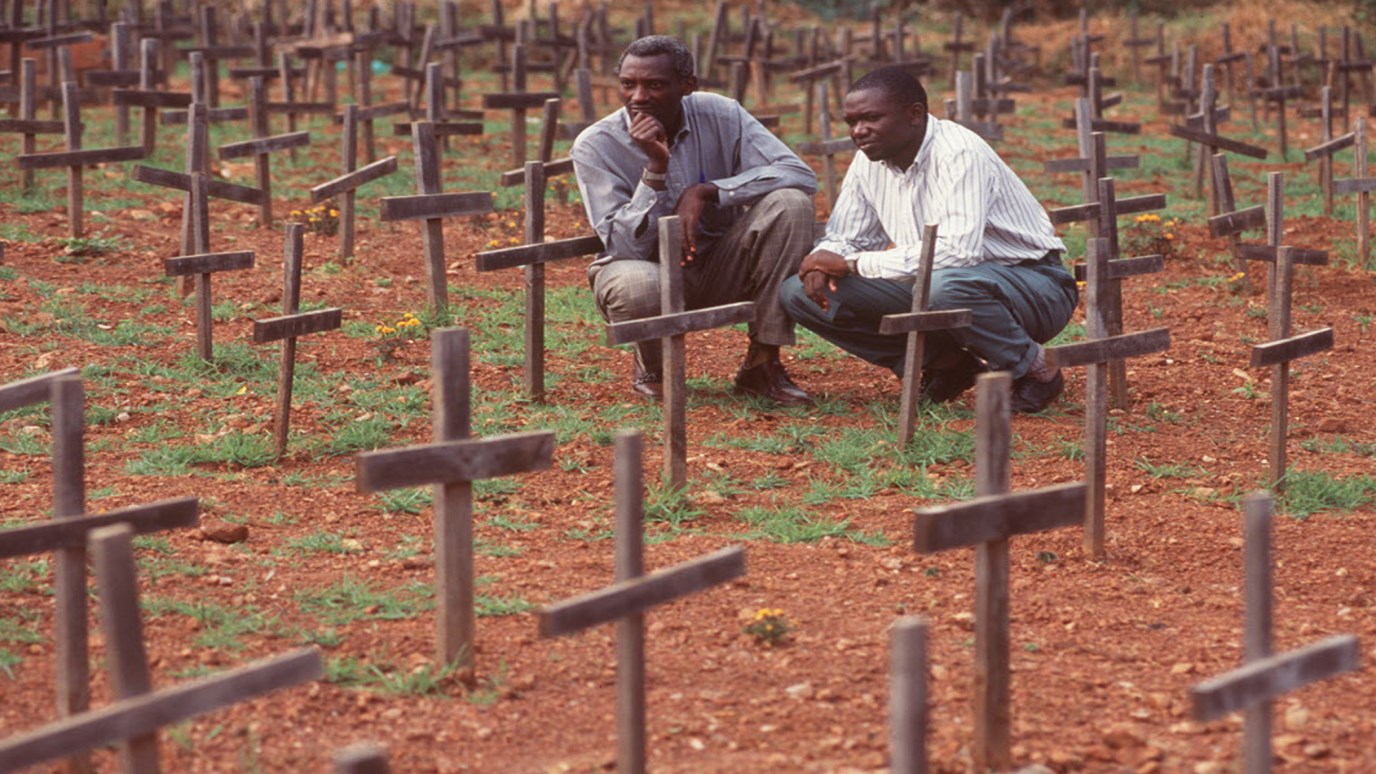 From April through June 1994, the U.N. estimates that 800,000 Rwandans were brutally slaughtered by fellow citizens in a state-led genocide targeting the Tutsi ethnic group.

What is a genocide?

Considered the worst crime against humanity, genocide is the planned mass killing of a racial, ethnic, or religious group. The term was first applied, retrospectively, to the Holocaust of World War II, when millions of European Jews were systematically killed.

What were the conditions in Rwanda after the killing stopped?

The country was devastated; survivors were physically and psychologically damaged. Families were decimated, their homes and communities destroyed. Up to 2 million people fled the country, including many of the Hutu ethnic group perpetrators. A million people were displaced within the country. Of the survivors, 75,000 were children who lost one or both parents.

What was World Vision’s response to post-genocide humanitarian needs in Rwanda?

World Vision began working in Rwanda in 1994, providing life-giving emergency aid to displaced people and helping them to resettle. The organization cared for many children who had lost their parents. World Vision’s peace building and reconciliation programs laid the foundation on which many lives, families, and communities are being rebuilt today.

What issues are Rwandans facing now, and what is World Vision doing there to make life better for children?

Rwanda is the most densely populated country in continental Africa, and children make more than half of the population of 11.5 million. HIV/AIDS, malnutrition, and poor maternal and child health are ongoing issues. World Vision helps families and communities to prevent, as well as diagnose and treat health problems.

Since the dark days of civil war and genocide, Rwanda has made much progress in terms of its development. However, 45 percent of the population lives below the poverty line. World Vision programs that improve schools and instruction, from primary to secondary and vocational education, are helping build a sustainable future for young Rwandans.

In 21 districts, nearly 85,000 children are registered in World Vision child sponsorship programs that are helping transform communities through economic development and improvements in health, education, and spiritual growth.