Put the Gun Down 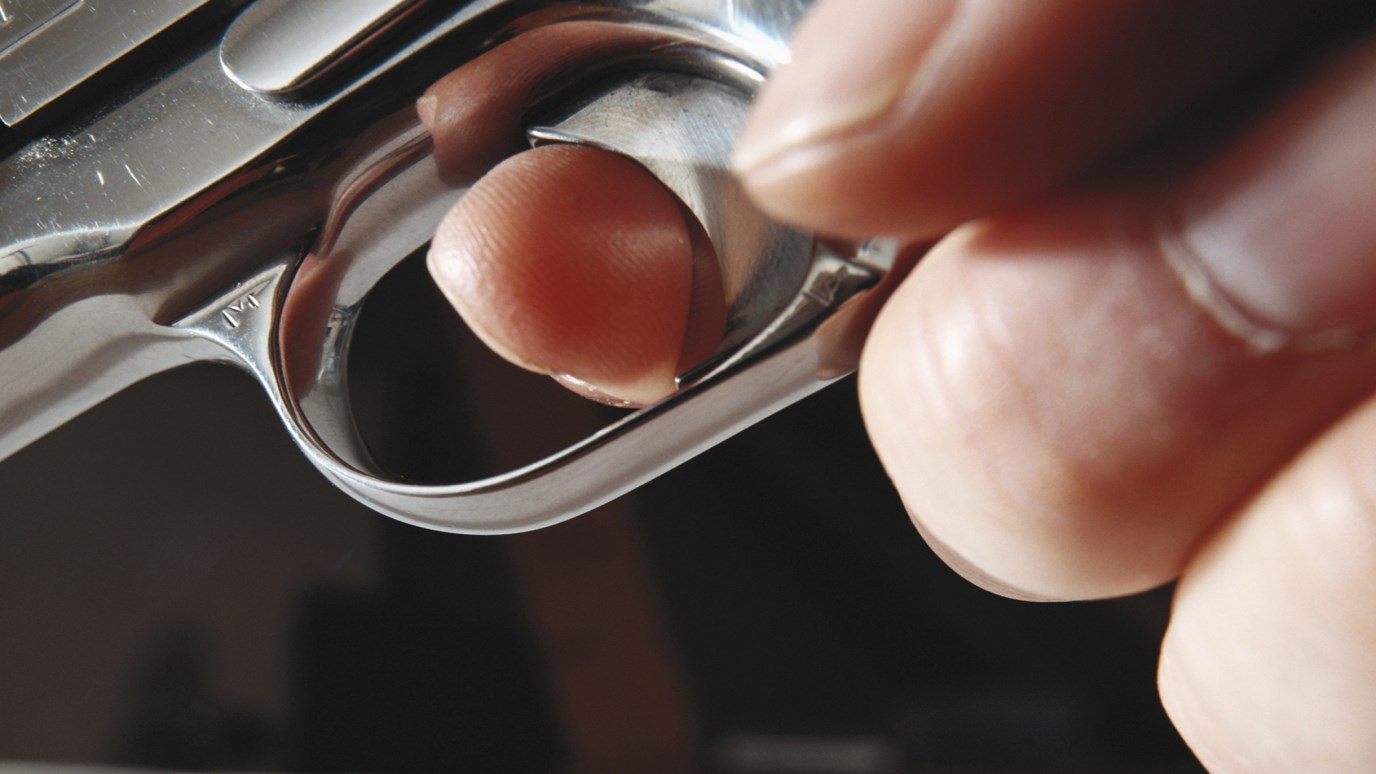 Isn't it ironic that the enemy can actually convince us that pulling the trigger will feel good, get us where we hope to be, and bring us the pleasure we want?

Spiritual warfare is one of those Kingdom topics that can create responses all the way from “I’m really not into all that weird stuff” to “let me give you a ride to the exorcism service.” We often see extremes among the tribe, but as in all things, we need Biblical balance. In the Gospels, we see Jesus frequently moving in and out of the physical to the spiritual realm, even at one point, looking into the eyes of his closest friend, yet speaking to—and rebuking—Satan.

It's often easy for our increasingly victim-minded culture to feel like we as Christians walk around with giant targets on our backs and when we make a stupid decision, we can often talk and act like we just took a sniper hit. “I was minding my own business and out of nowhere this temptation nails me. Before I knew it, I was on the ground, realizing I had given in.” Well, it is true that believers have targets on their backs from the enemy, but let me give you a bit different perspective on the weapon . . . and the shooter.

Rather than a hidden sniper, I think the majority of the time the enemy lays the gun on the table and then takes all the time needed to convince us the best thing to do is to pick up the gun and shoot ourselves. He is present, he brings the weapon, but we make the choice to pick it up, point, aim, and pull the trigger. He’ll take as long as needed, even years, to get us accustomed to the gun, then the idea of picking it up, and then firing. As long as the end result is destruction, he does not care. And often, one person firing the gun can take out many other people as well—spouse, children, family, friends, co-workers, church members, on and on.

Just in the past few weeks, I have heard of several people that were taken out and, at first listen, it can sound like sniper fire, but when you hear some back story, you realize once again, it was actually years of getting used to the gun being on the table and then getting used to the idea of holding the gun, until finally the gun is fired.

This past Sunday, I heard a pastor teaching on spiritual warfare. He shared about one of the tactics that lions use in hunting. They will begin to pace out a distant, wide circle around the potential meal. Inch by inch the lion moves the circle in, allowing the victim to get accustomed to the movement. By the time the lion is within attack distance, the victim is desensitized to the predator. Once again—as long as it takes to make the kill.

In light of these scenarios, we have to ask ourselves these questions: What is the gun for me? Is it on the table or in my hand? Am I being circled somewhere and becoming desensitized to it?

Be self-controlled and alert. Your enemy the devil prowls around like a roaring lion looking for someone to devour. —1 Peter 5:8

Interesting how Peter gives us clear instruction and warning first, before talking about the enemy. In Matthew chapters 5 and 18, as well as Mark 9, Jesus warns us to take drastic action to cut off any area of our lives that causes us to sin. He places the responsibility, both to identify those areas and to rid ourselves of them, in our court.

It is so ironic that the enemy can actually convince any of us that pulling the trigger will feel so good, get us where we hope to be, and bring us the pleasure we want.

If you can identify a gun in the room today, it’s time to clean house, isn’t it? If you know you have the gun in your hand, think about this: if you pull the trigger, you will destroy someone other than yourself. Always happens. So . . . why not put the gun down. Call a friend. Reach out for help. Cry out to God. You’re worth it. Your family is worth it. Getting your life fully submitted to God is worth everything.

If you realize the gun is in your hand, if you’re being circled by the enemy . . .

. . . make sure that you don’t get so absorbed and exhausted in taking care of all your day-by-day obligations that you lose track of the time and doze off, oblivious to God. The night is about over, dawn is about to break. Be up and awake to what God is doing! God is putting the finishing touches on the salvation work he began when we first believed. We can’t afford to waste a minute, must not squander these precious daylight hours in frivolity and indulgence, in sleeping around and dissipation, in bickering and grabbing everything in sight. Get out of bed and get dressed! Don’t loiter and linger, waiting until the very last minute. Dress yourselves in Christ, and be up and about! —Matthew 13:12-15 MSG

What If God Knows Your Name?
Jill Carattini

Do Something Different
Gregg Matte

Beautiful Scars, Week 2
Steven Gibbs
Follow Us
Grow Daily with Unlimited Content
Uninterrupted Ad-Free Experience
Watch a Christian or Family Movie Every Month for Free
Early and Exclusive Access to Christian Resources
Feel the Heart of Worship with Weekly Worship Radio
Become a Member
No Thanks