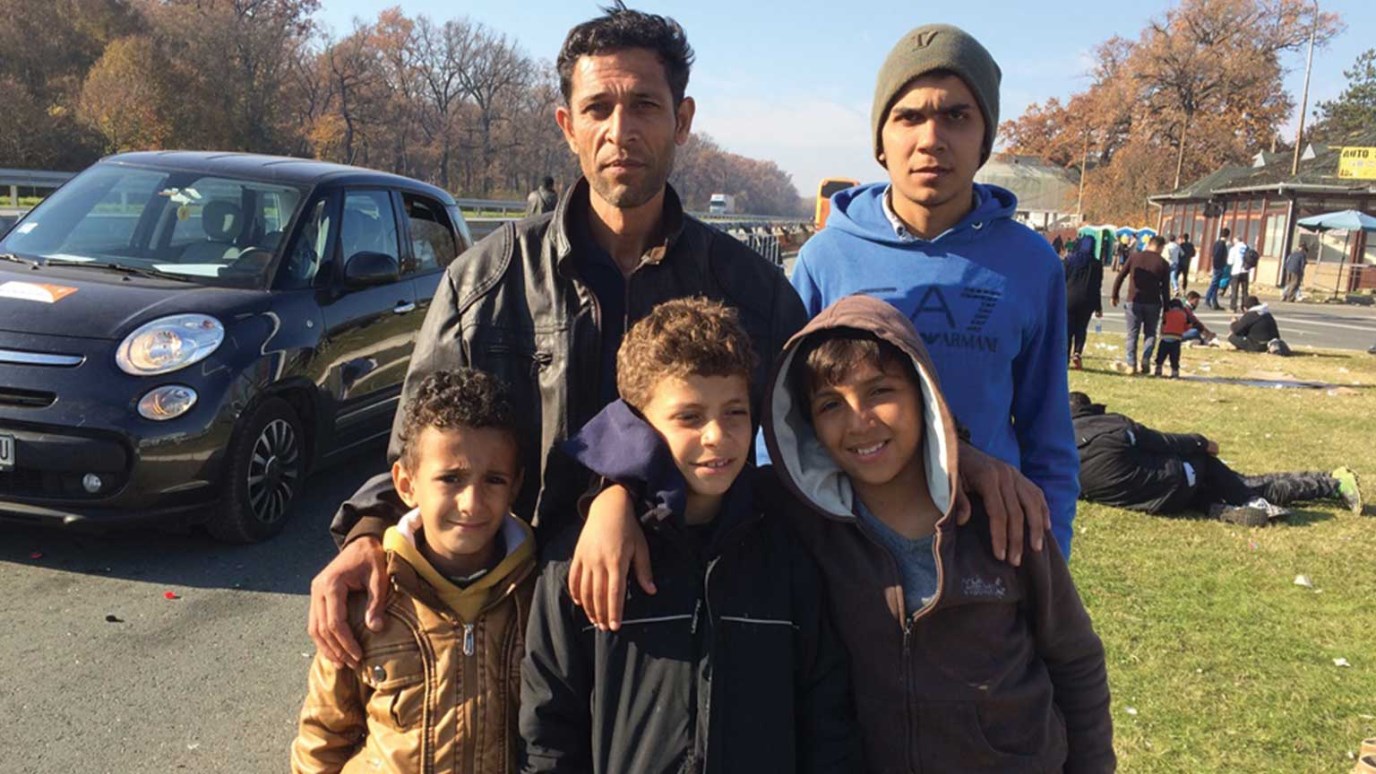 Thirty-eight-year-old Fahad Tabuck, a Syrian refugee, stands with his sons, Muhammad, 9, Mahmood, 8, and Mahmood Asemka, 12, on a roadside in Serbia.

Fahad’s family spent two years in Turkey, but with little or no opportunities for jobs for himself and his wife, or for his children to obtain an education, he made the risky decision to seek sanctuary in Europe.

In early October, the family made the perilous journey by sea, crossing the Mediterranean and landing in Greece. By this time, the group of travelers from Aleppo and other nearby Syrian cities had swelled to about 20, and after crossing Greece and Macedonia by a combination of buses and walking, the group arrived at the Serbian frontier, where Fahad says he paid 55 Euros to be taken to the Serbian capital of Belgrade.

Fahad’s pride shows as he calls his sons over to stand and be photographed.

“We do everything for them, for the kids,” he says as he lines up his three eldest boys. Despite all they have endured, the boys look well-dressed and in good health.

Soon Fahad and his family will reboard a bus for the next stage of their journey. They and thousands of other refugees who pass through this part of Serbia will take with them some food, water and sanitary supplies provided by World Vision.

Over the past several weeks, this assistance has benefited more than 70,000 refugees. In the coming days, World Vision plans to open a new Child-friendly Space at Adasevci, providing children with toys, crafts and games, giving them a safe place to play and, however briefly, allowing them to be kids once again.

Fahad says he wants to take his children to Germany, where he hopes they can get back into school and he can find a job. “We want to work,” he tells us. “We want a new life somewhere else.”