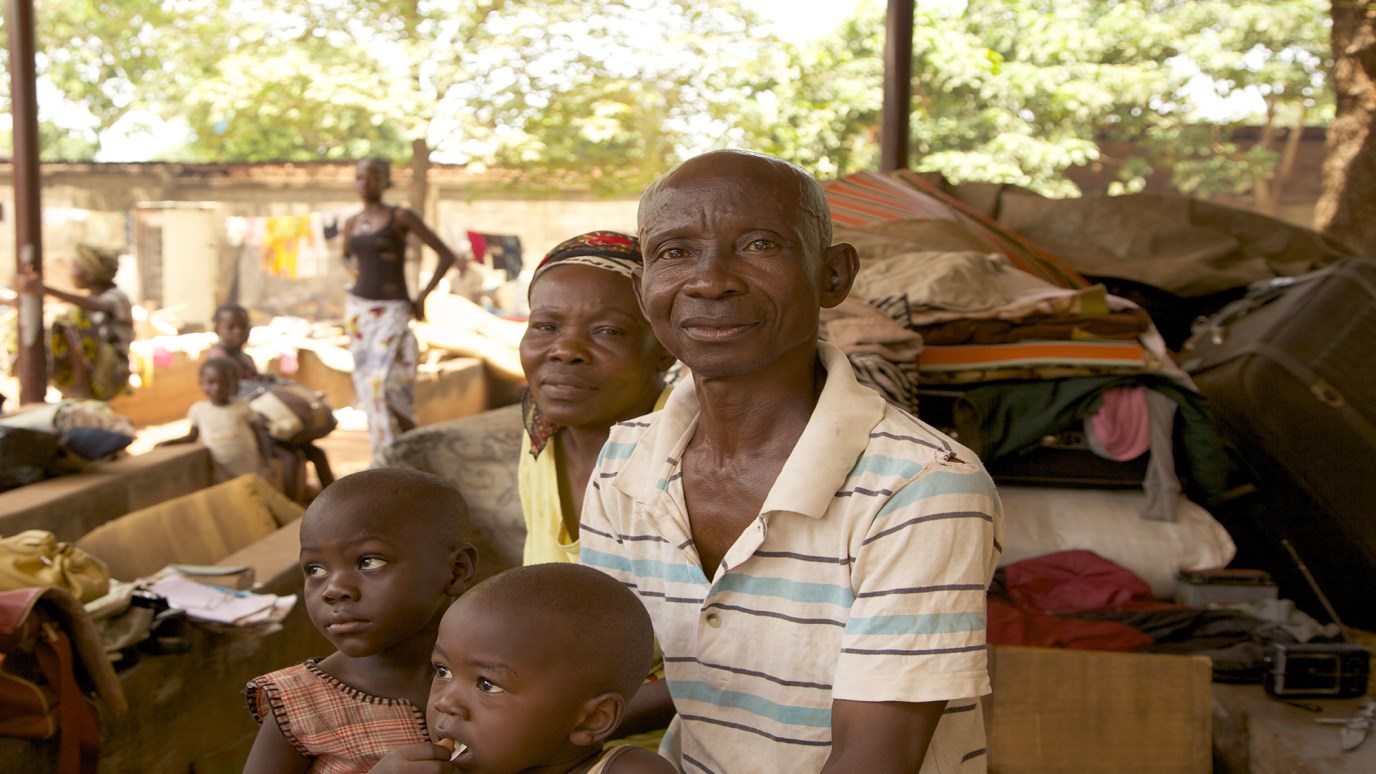 Francis and Virginie Amadopa and their grandsons, Jephte, 5, and Belfort, 3, are among the displaced families helped by World Vision.

As the rainy season begins in violence-torn Central African Republic (CAR), “it’s going to cause a lot of diseases — like malaria and cholera,” says World Vision’s Paul Sitnam. “Children, who are already malnourished, will be the first to suffer.”

Paul leads a team of aid workers who are setting up relief operations in Bangui, the CAR capital.

More than 200,000 people who have fled violent militia groups are living there in makeshift shelters in 43 sites, according to the United Nations.

Nationwide, nearly 630,000 people are displaced in the country, while more than 330,000 have fled as refugees to neighboring countries.

An estimated 70,000 people live at the city’s airport, in hangars, under abandoned planes or in the open air. Families are afraid to return to communities where relatives and neighbors were killed, buildings destroyed, and armed gangs still roam the streets.

Paul says the conflict in CAR, though it has been characterized as a religious conflict, is not mainly that.

“It’s part of a deeper division in the population,” he says.

Since Dec. 5, when violence broke out in their neighborhood, Francis and Virginie Amadopa and their family have stayed in the churchyard at Notre Dame Fatima church.

An electrician by trade, Francis has no income to support the eight family members who are with him.

He worries most of all about the welfare of his grandsons, Jephte, 5, and Belfort, 3.

After assessments in December and February, “the decision where we could add value was that we would start with water and sanitation, food aid, food security, and child protection in Bangui, and then move toward the provinces, as security and humanitarian access allow us,” he says.

In the longer term, he anticipates moving from emergency response to a stage of rehabilitation in which World Vision can contribute to interfaith dialogue and peacebuilding.