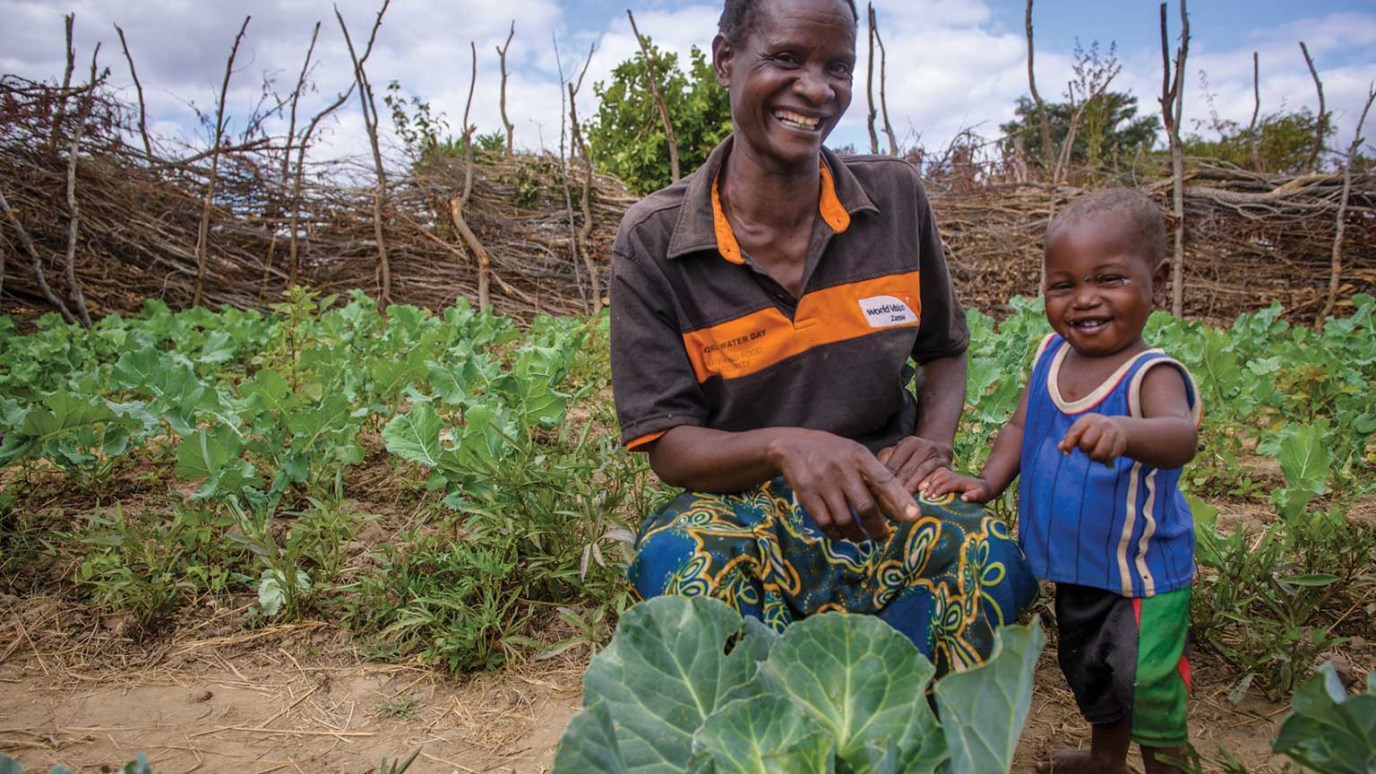 Memory Handenda's cousin's child, Blody Namwako, 16 months, was malnourished. A water well in their village in Zambia changed everything.

“I was once a person of little faith,” says Memory, “but after my prayers, and this water came out, then I became a person of a lot of faith. We believed that, indeed, God exists.”

Now that villagers produce plentiful vegetables in irrigated gardens, children like Blody are thriving and as plump as the cabbages.

World Vision found water in the fourth drilling attempt. With water secured, many of villagers began to grow vegetables to both supplement their own food and also to sell to raise extra money. Now Blody no longer suffers from malnutrition.

“We are very happy in this area and the hope is now restored," says Memory, a mother and volunteer community hygiene promoter

Nelly Mulavu remembers what it was like before the borehole: “A child would go first to draw water and then come back tired and she’s forced to go to school and it affects her education.”

Clean water has had other effects on Nelly, too. “This water has affected my faith,” says Nelly. “Through our prayers, God has answered.”

“Through that [the well] I know God loves us very much.”