Preparing the Way for God 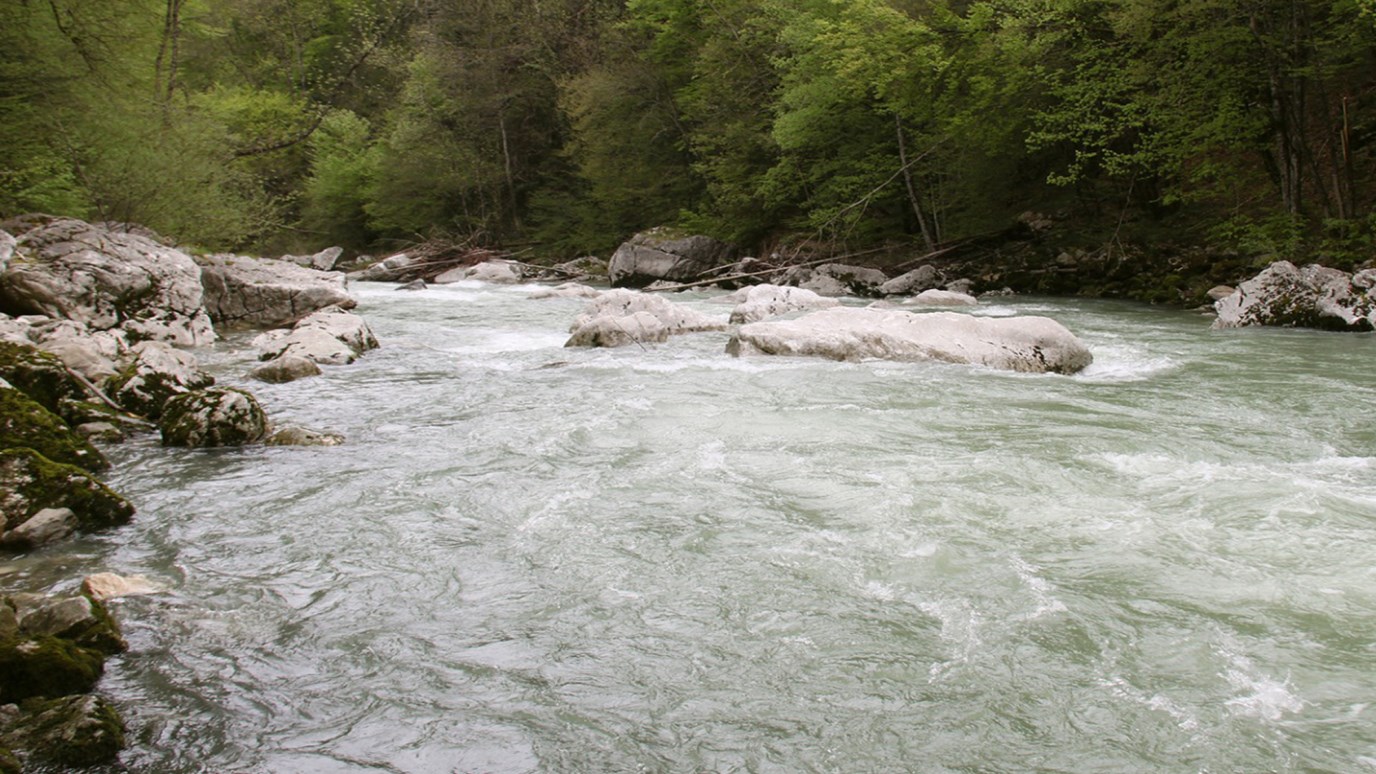 Cameron Lawrence discusses what can we learn from John the Baptist about how we should live our lives as Christians.

My retreat into the Texas wilderness has me walking alongside a river. The plant of life and minerals on the bottom effuse a brilliant jade in the glow of morning sun. Silhouettes of catfish linger in the shadows of trees. And a pair of turtles swim out into the slow current as the river pools against a low dam, the water trickling down the other side and further into the canyon. It has me thinking about baptism—how the Son of God waded into such a river and was buried under its shimmering surface. And about the hands that lowered His body and raised it again into the open air. The hands of a messenger crying in a wilderness far away, “Repent, for the kingdom me walking alongside a river. The plant of heaven is at hand.”

Reading through the gospels, I realize that John the Baptist is a compelling figure but not one easily related to in the modern western world. For all the allure of his solitary wilderness lifestyle, John remains something of an enigma. The man who, as a baby, leapt in his mother’s womb at the sound of the pregnant Mary’s voice; whose birth loosed his father’s mute tongue to speak again; the one who was filled with the Holy Spirit from the very beginning; he who lived hidden away until his public ministry began; the prophet tasked with preparing the way for the Savior. What are we to make of this John?

A footbridge of cut stones scattered in the shallows on the dam’s other side leads me back to the comforts of the retreat center I’ve traveled 900 miles to enjoy. I make my way to the lawn in front of the dormitory and ease myself into a hammock dangling between two trees. As the small branches flex in the breeze overhead, I’m reminded of Christ’s words about His servant. Following John’s beheading, the Lord asked the people assembled, “What did you go out into the wilderness to see? A reed shaken by the wind? . . . A man dressed in soft clothing? Those who wear soft clothing are in kings’ palaces!” (Matt. 11:7-8).

While the hammock rocks slightly with my settling weight, I get the feeling my retreat here looks a lot more like a king’s palace than John’s wilderness. That hunch, I suspect, goes a long way in identifying why John the Baptist doesn’t immediately strike me as a “kindred spirit.”

Still, by Jesus’ own admission, John is one of the most important figures in the entire Bible. “What did you go out to see? A prophet?” the Lord asked. “Yes,I tell you, and one who is more than a prophet . . . Truly I say to you, among those born of women there has not arisen anyone greater than John the Baptist!” (vv. 9, 11). Jesus indicated that when it comes to the Old Testament prophets who preceded him, John surpassed each one in importance.

The Scriptures tell us that John was to be set apart from birth—his very name, meaning “the Lord is merciful,” given by God. The angel Gabriel instructed the would-be prophet’s parents that he was to drink no wine or liquor, indicating that John would live a simple life, forgoing the amenities his contemporaries in the cities would enjoy. Some scholars have suggested that it’s possible John lived as a Nazirite—a type of ancient Jewish ascetic who abstained from alcohol and cutting his hair or beard and observed other customs of self-denial. He would do this for the sake of devoting himself entirely to God. The Bible doesn’t say for certain whether or not John took such a vow, but it does indicate that his approach to life was unusual for his day.

Scripture doesn’t have much to say about his life prior to baptizing the Lord. But the gospel of Matthew tells us his message was so convincing that “Jerusalem was going out to him, and all Judea and all the district around the Jordan” (Matt. 3:5). The text gives the impression that great numbers of people came to John, wondering if he was the Messiah. John didn’t hesitate to deny it, saying of Jesus, “I am not fit to remove His sandals” (v. 11)—a task typically assigned to the lowest of servants. How did John come to possess such a witness that he could possibly be mistaken for the Christ?

Popular depictions of John portray him as a sort of crazed holy man, wild for God. By the standards of his day, there’s no doubt he lived primitively and as a result would have seemed at least a little strange, as God’s prophets sometimes were. But to think of John merely in these terms is to miss the greater testimony of his lifestyle. Yes, he preached and prepared the way of the Lord. Yes, John called Herod the Great to account for his illicit relationship with Herodias, ultimately dying for righteousness’ sake. But undergirding it all was a profound humility—his true greatness revealed in a single statement that should pierce each of our hearts: “He must increase, but I must decrease” (John 3:30).

It’s important to recognize that John’s ministry wasn’t some small-time sideshow or inconsequential interlude. Before John’s birth, the angel promised that he would be a great man. We know that his ministry was well received and influential. By all earthly indications, John was on his way to prominence and success.

John’s promised greatness was fulfilled, but not in an increasingly prosperous and expanding ministry. When his disciples came to him distressed over Jesus’ growing influence, saying, “He who was with you beyond the Jordan, to whom you have testified, behold, He is baptizing and all are coming to Him,” John replied with a surprising illustration. He describes the scene of a wedding, placing himself on the sidelines in support of the groom. “He who has the bride is the bridegroom,” he said. “But the friend of the bridegroom, who stands and hears him rejoices greatly because of the bridegroom’s voice. So this joy of mine has been made full” (John 3:29). Like a good best man, he faded into the background so that his friend would receive glory.

In this, John exemplifies the call of Jesus to all who follow Him. Christ said, “If anyone is to come after Me, he must deny himself, and take up his cross and follow Me” (Matt. 16:24). Unlike the rich young ruler who, because of his attachments to earthly things, found it difficult to follow God wholeheartedly (Matt. 19:16-30), John chose a life in the wilderness, which simplified the decision. The austerity of his existence outside of societal norms left his heart wide open for God, his affections unhindered by competing allegiances.

Our lives as Christians should be different and perhaps a little peculiar to the world.

To the secular world, the ways of Jesus seem primitive. Think about the values of God’s kingdom—repentance, forgiveness, humility, and gentleness, to name a few. They’re often seen as foolish, weak, or naïve to a culture that prizes power and wealth. Yet 1 Peter 2:11 reminds us that we live as strangers in a foreign land. The fruit of the Spirit is not merely about our behavior but the constitution of our true selves— who and what we’re made to be, a people set apart for God. We may dwell now in the cities of men, but we belong to the city of God.

The Lord said that where our treasure lies, there our hearts will be also (Matt. 6:21). The issue is one of attachment, not how much we possess. The call of the Christian life, as John exemplifies, is to find that wilderness of the heart—in plenty or in want—an uncluttered inner landscape where God can meet us unobstructed by the presence of second-rate loves.

John is a reminder to us that our lives as Christians should be different and perhaps a little peculiar to the world. Is it clear that though we may have much or little, our attachment is to Christ alone? Do our lives proclaim the otherness of God, through love and honesty, as John’s did to the people of his day? To our neighbors, are we voices crying from the wilderness of God’s country? May it be so, for the kingdom is at hand.

The Trophy That Lasts
Gregg Matte

Cosmic Vending Machine!
Steve Noble
Follow Us
Grow Daily with Unlimited Content
Uninterrupted Ad-Free Experience
Watch a Christian or Family Movie Every Month for Free
Early and Exclusive Access to Christian Resources
Feel the Heart of Worship with Weekly Worship Radio
Become a Member
No Thanks