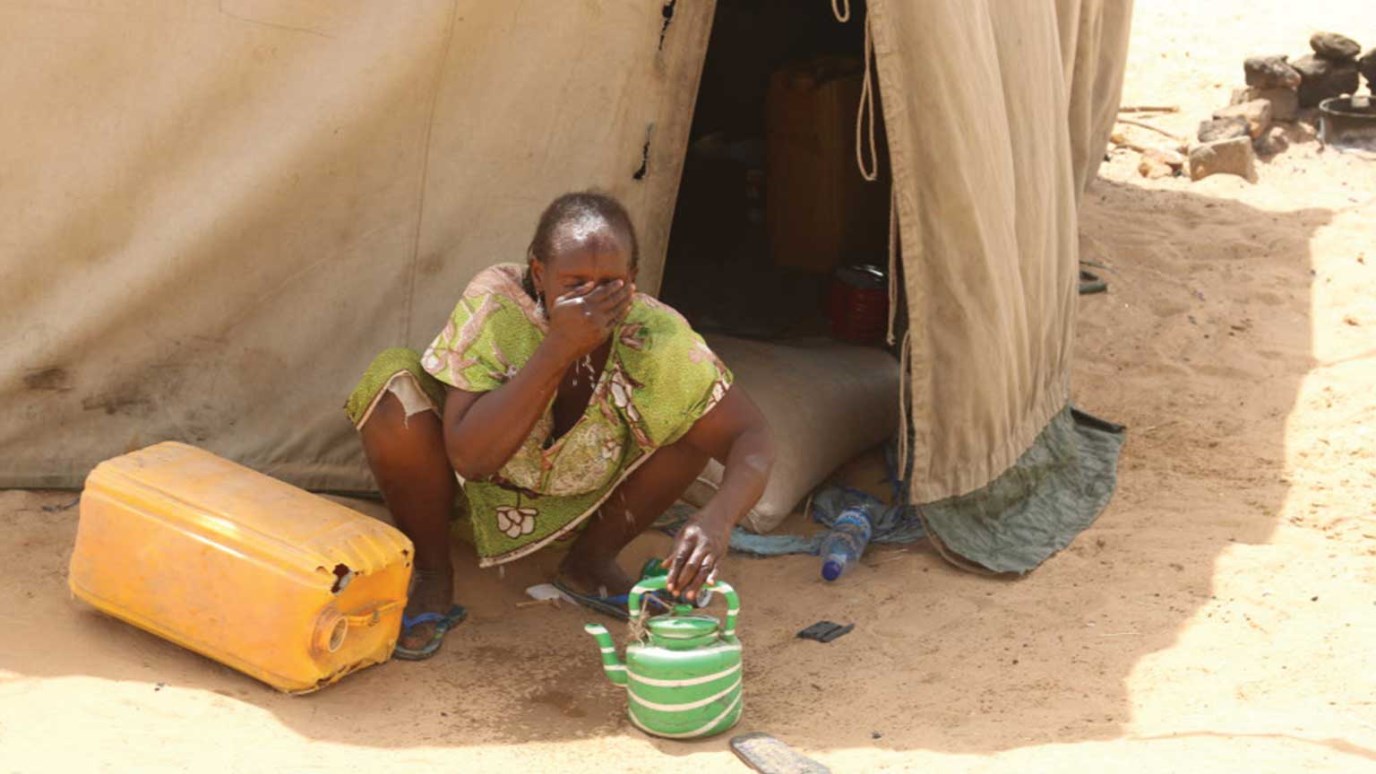 A woman cleans her face in front of her tent in a refugee camp in Niger.

Worsening conflict in Nigeria between government forces and insurgents has caused tens of thousands of people to flee to Diffa in Niger. Aid agencies estimate that 150,000 refugees have relocated there in the past two years.

Since January 2015, World Vision has assisted about 1,000 refugee families with household items. In one camp, the organization drilled a borehole well and is equipping a community group to manage and maintain it.

Business, Faith, and the Second Half - Part 2
The Halftime Institute
Follow Us
Grow Daily with Unlimited Content
Uninterrupted Ad-Free Experience
Watch a Christian or Family Movie Every Month for Free
Early and Exclusive Access to Christian Resources
Feel the Heart of Worship with Weekly Worship Radio
Become a Member
No Thanks