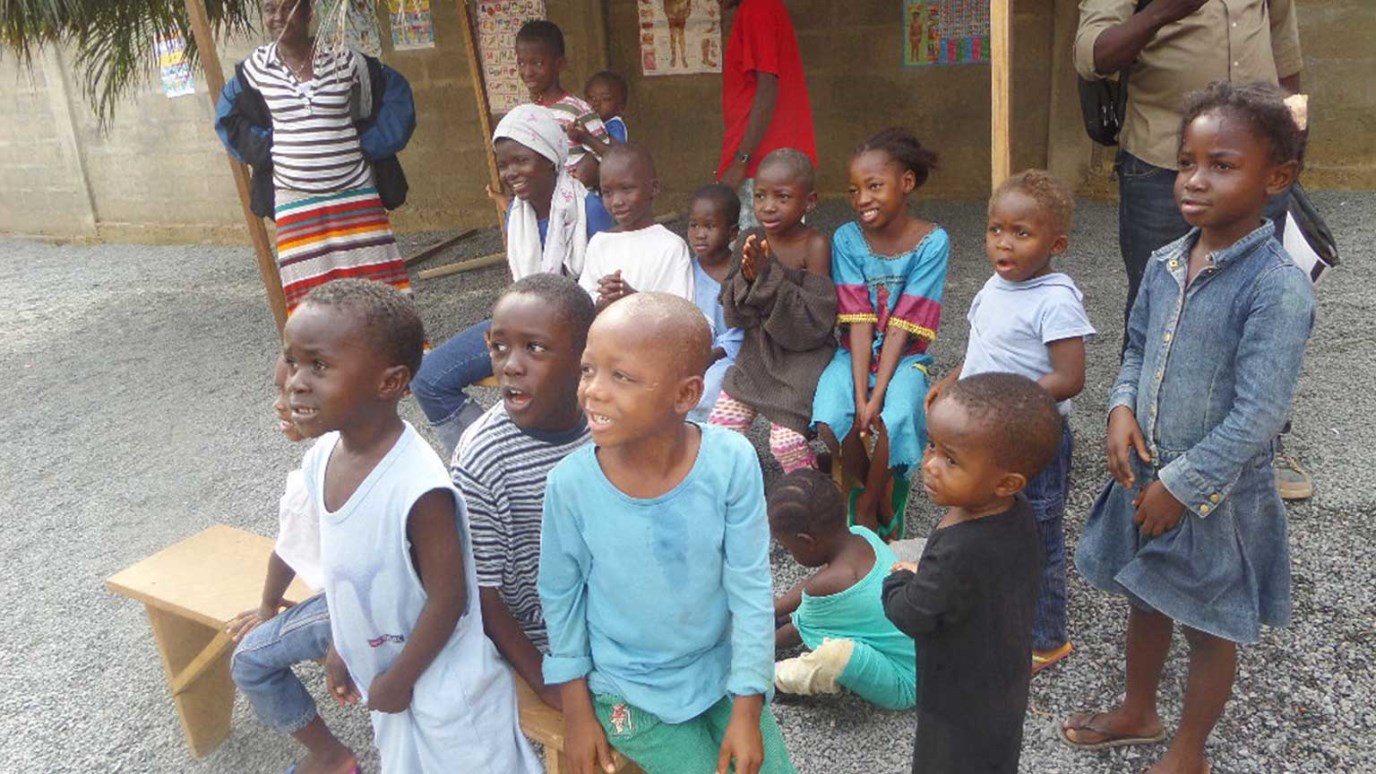 Eight-month-old Sie* will never know her parents. They both died from Ebola.

For now, Sie is quarantined in a care center for children in Sierra Leone’s Kono district. When she cries, her caregiver, Kamara, a 25-year-old Ebola survivor and mother of five, picks her up and hushes her tenderly. Though Sie stops crying, she doesn’t look at ease.

When Sie’s parents came down with Ebola, they were sent to a treatment center three hours away by ambulance. Sie was left behind. She is one of 16 children at the Kono district Observational Interim Care Center, which can accommodate up to 20, and one of more than 11,000 children in West Africa who have lost one or both parents since the Ebola outbreak began.

Like Kamara, the nine staff members at the children’s care center are Ebola survivors and all are believed to be immune to the disease. They battled the virus and won, then came back for another round. They not only provide hands-on care for boys and girls who could be infected, but they also do the cooking and cleaning and still find time to play with the children.

The bright, clean and well-run center, supported by World Vision, UNICEF, and other organizations, complies with Ebola infection prevention measures. There’s a temperature check and hand-washing station at the entrance. Floors and bathroom are disinfected several times a day.

World Vision provides food for children and staff, as well as bedding, clothes, and shoes. The organization supplied furniture, cooking equipment, and a power generator as well.

But for all the material and physical support that is provided, the children face even more daunting emotional challenges.